Jesse James had the messiest separation, after he confirmed his infidelity on television. 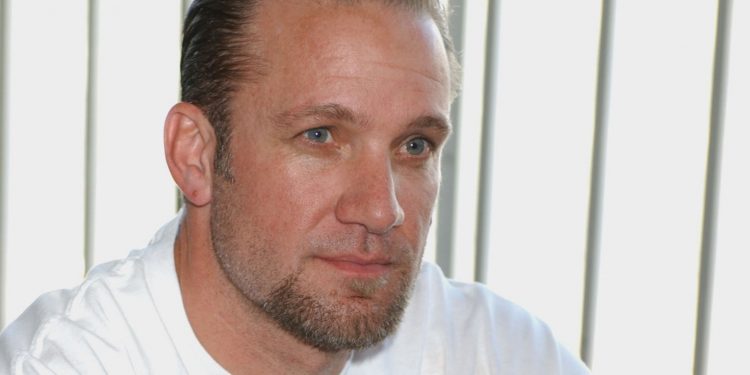 Jesse had been in the limelight for his star-studded marriage with Sandra Bullock. Since then, people have been stunned as they learned about Jesse James’s Affair. Little did you know that the duo was one of the most popular celebrity couples of all time. Their marriage took place at the time when Sandra Bullock was at the peak of her career. Everything seemed to be working well until Jesse’s dating scandals were out in the spotlight. Because of these events, both the couples had to deal with a lot of emotional turmoil. It destroyed not only their marriage but also the chances of Sandra’s trusting capability.

Even though it’s been around 11 years since their separation, people are still longing to know all the little details about this divorce. Before opting for an official separation, Jesse tried his best to get her back and gain her trust. But Sandra wasn’t willing to do it so easily. Everyone knew it well that Sandra was dealing with a lot of pain, and she had to end this relationship to completely stop her suffering. But there were multiple questions about his dating whereabouts, which also included things about his illicit relationships. So let’s take a look at Jesse James’s affair.

Through many of his interviews, Jesse talked about his infidelity. He never denied any of these allegations. Moreover, because of his actions, Jesse even lost the custody battle of his adopted child. Shortly after marrying Sandra, the former couple decided to opt for adoption, and that’s how they got their first son. Because of this event, Jesse was extremely upset about losing his child. Because he won’t be able to be with him in all his future decisions. Speaking about his cheating scandal, Jesse James’s affair news broke out after one of his mistresses confessed about the same.

Michelle McGee shared all the intimate details of her relationship with Jesse James. The Oscar-winning actress dealt with the most painful event of her life. But this didn’t stop her from attaining her dreams. She managed to come out of it. And guess what? Sandra would often speak about this through her interviews. She still believes that there were certain things that she always needed to understand when it came to the family. Jesse spoke about his confessions wherein he described all the details when he had to face his former wife. For him, a sudden rush of shame and guilt moved through his veins.

Also Read: Denise Welch Partner: Who Is The English Actress Dating in 2021?

Despite all these things, Sandra found love again, and she is currently associated with the popular photographer Bryan Randall. It seems like the couple has been together for more than five years now. After all the things that happened between Sandra and Jesse. She refrains from oversharing any of her details. Since then, the couple has been spotted together many times, and fans are pretty sure that Bryan is the reason behind Sandra’s beautiful smile. Together the couple adopted another child, and now both of them are enjoying their lives as a family.

All The Woman Jesse Dated

Speaking of his relationships and cheating scandals, Jesse has been with several other women apart from his ‘former four wives’. Before he went ahead with his marriage to Sandra Bullock, he was associated with a model named Karla James. And together they’ve got two children. Followed by his split, he got into a relationship with Janine Lindemulder. Well, things turned out to be weird after Janine was arrested for hitting Jesse’s head with a flowerpot. Moreover, Jesse has a daughter with his former wife, Janine. His relationship with Sandra was meant to be the perfect one.

Everything was going well, even they looked after each other as well. Things turned around completely after Jesse was under Sandra’s radar because, by this time, multiple women stepped forward with their absurd confessions. Which eventually led to their divorce after being together for more than five years. Well, when it comes to the fourth time, everyone believes that things might work out finally. But Alexis DJoria decided to break things off, and they announced this news through their official social media handles. Since then, there are no whereabouts about the American drag racer and Jesse James.

Also Read: Who is Coraline Ginola’s Boyfriend? Everything We Know About Her Love Life