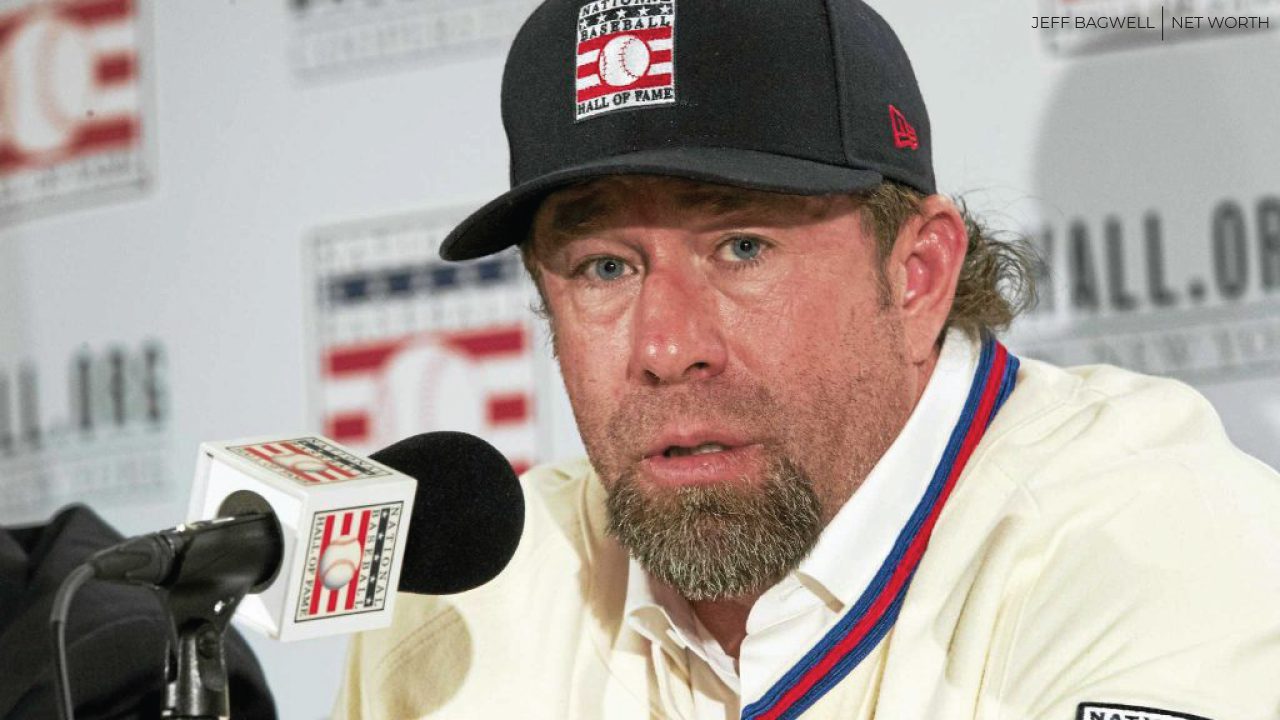 In this article, we will know about the net worth and life of the baseball star Jeff Bagwell. Jeffery Robert Bagwell is an American former baseball first baseman and coach. Born on May 27, 1968, he has been a player for Major League Baseball for 15 years. He started off as a third baseman in 1989 for the amateur draft for Boston Red Sox. After a year, his team needed a relief-pitcher, and hence, he was traded to Huston Astros for Larry Anderson. For his entire time there, he played as the first baseman. This trade is known as one of the most unsymmetrical trades in the history of sports. Anderson was able to pitch just 22 innings for Boston while Bagwell hit 449 home runs for Astros.

Bagwell has been proved to be one of the most consistent players of his generation. it was so commendable that he produced about 4.7 wins above replacement (data as per Baseball-Reference.com). He has been an excellent player for not only hitting but also other aspects like throwing, running, defense, and on-base ability. Given the epithet of “Killer B’s”, Bagwell along with Craig Biggio, formed a core part of the Astro line-up. Also, he has been elected to the ‘Texas Sports Hall of Fame’ and the ‘National Baseball Hall of Fame’ in 2005 and 2017, respectively.

He won the National League Rookie of the Year in 1991. Soon after this, he won NL MVP (Most Valuable Player) in 1994. With this title, he became the fourth unanimous MVP in history. Because of his outstanding performance and achievements, 1994 was considered to be the finest year for Bagwell. He set the record for fewest plate appearances to reach both 100 runs scored and 100 runs batted in (RBIs).

Jeff Bagwell is estimated to have a net worth of $65 million. Unquestionably, Jeffery has been a prominent figure for his team as well as sports. The home runs scored by him remain the most in the club history. Additionally, Huston finished as winners or runner-ups in the NL Central division for 11 out of 12 seasons from 1994 to 2005. Undoubtedly, Jeffery Bagwell has set numerous records, which surely contributed to his triumphant presence on the pitch.

However, in the year 2005, his health condition betrayed him. He had been battling with arthritis since 2001, which began to tamper his performance. The once golden glove winner was now a defense liability with a very limited throwing ability. His powerful throws were now subjugated to merely pushing the ball. This became a huge drawback for his team and an opportunity for the opponents.

At the same time, Bagwell started struggling on the offensive position too. The 2005 season had started with a rather lower won-loss record. Therefore, Astro’s management was also in haywire to whether or not to bench the player. He hit his last home run against Maddux on April 29. In spite of being in massive pain, Bagwell’s sportsman spirit never died, and he continued to play. Later, it was until the 0-for-5 loss to Pirates he asked the manager Phil Garner to remove him from the team as the pain had become unbearable.

Also Read: Spencer Elden Net Worth: How Much Is The Model Worth?

Career as a coach

Many would think that this was the end of the baseball star’s career. But, it was on July 11, 2010, when he was hired as a hitting coach for his former team. The team’s performance before his arrival wasn’t very pleasing. Their average was the second worse (.237), while the on-base percentage was the lowest (.295). After his arrival, the team showed exponential growth in their performance, but the ranking remained at the bottom. Their OBP was (.303) while the slugging percentage was (.362). Perhaps it was the disheartenment of this performance, Bagwell announced that he would not return as a hitting coach.

There was a gap of five years until Bagwell has last contacted Huston Astros. After this, he was formally invited by manager A. J. Hinch for the spring training of 2015. He accepted it and guided the team as a guest instructor.

Jeff Bagwell is the only child of his mother, Janice Bagwell, and father, Robert Bagwell. He was born in Boston, Massachusetts, and later moved to Killington, Connecticut, after a year. He has been a sports enthusiast and has reflected exceptional athletic skills since a very young age. As mother Janice recalls,

But, unlike how the above statements suggest, his athletic abilities are more hereditary than gifted. His father, Robert Bagwell, pitched as a college baseballer and was a semi-professional. His police officer mother also played softball in the local Boston league until her 20s. Both his parents are ardent fans of the Boston Red Sox, and so was the case with Bagwell. Carl Yastrzemski, his favorite player, was a left fielder for Red Sox.

Even though the Bagwell family has been into baseball, it was not his primary sport. When in school, he excelled at soccer and had set a mark in school goal scoring. It was to the point that his baseball scholarship acceptance was due to the absence of a professional soccer league in the US back then. Bill Denehy, the coach at the University of Hartford, offered him the baseball scholarship, which became the foundation of his professional baseball career.

Solia Kpop: All Members & Why Did They Disband?