Jeanne Cadieu has been dating someone for quite a long period, since 2018. 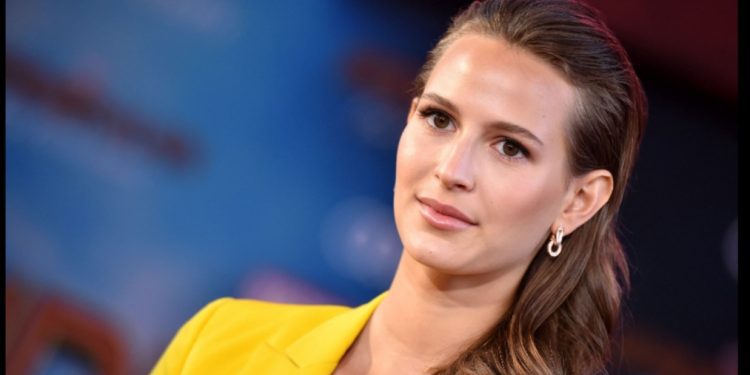 Relationship gossips of the celebrities are always on-trend. Who is Jeanne Cadieu Boyfriend? Most of you are still unaware of her identity. Well, she is a French New York-based IMG model residing in Paris. Jeanne has collaborated with several brands like Levis, Staud, INTERMIX, and so on. When it comes to her other interests, she is highly and deeply invested in US politics. Nothing much is known about her. Even though, her love life seemed to have gained loads of interest among the fans.

Talking about her relationship status, Jeanne Cadieu has been dating the love of her life for quite a long period. Since 2018, they have kept it private. But we all know, these types of gossips related to celebrities, never stay private. Similarly, fans are very much interested in knowing Jeanne Cadieu’s personal life, lately. Several times she has been spotted outside with him, be it’s a dinner date or a holiday in Greece, or at the promotional events of the movies. But, who is he? Is he anyone from the Hollywood film industry? For further details about the model Jeanne Cadieu, dig deeper into this article and stay with us till the end.

Also read: Who is Ashanti’s Boyfriend? All About The Singer’s Dating Life

Moving on with the love life of the model Jeanne Cadieu, she has been dating Jake Gyllenhaal since 2018. Talking about his identity, all the movie lovers must be knowing him. Jake Gyllenhaal is an American actor who has worked in several films and television shows like The Guilty (2021), Spider-Man: Far From Home (2019), Love & Other Drugs (2010), Prince of Persia: The Sands of Time (2010), I am Health Ledger (2017), One Night Only: The Best of Broadway (2020), The Making of Everest (2015) and so on. Fans are eagerly waiting for his new upcoming movie Ambulance which is set to fall in 2022.

This year in September, both of them attended hand-in-hand the New York Film Festival for The Lost Daughter. Their age gap hasn’t affected their bond yet. Also, they went out for a holiday trip to London, Greece. In short, it seems like, despite their low-key romance, their bond is getting stronger day by day. We are so happy for them!

Also read: Who Is Jake Gyllenhaal Dating In 2021 & His Popular Relationships of The Past?

By now we all know what Jeanne Cadieu is famous for. She is a model from Paris, France. Her birth date is not known but she is 25 years old as in 2021. Whereas her boyfriend, Jake Gyllenhaal is currently 40 years old. The 15 years of age difference hasn’t negatively affected their relationship in any way. As far as her education details are concerned, Jeanne Cadieu is attending Columbia University. Talking about her career, she is signed to IMG Models. She also starred in promotional events for brands like Levis, Staud, INTERMIX, etc. Her Instagram account, holding 30.5k followers (in 2021) is full of her modelling pictures. This French model is very much active on her social media accounts, especially on Instagram. Not just because of her fashion-related content or pictures, but also for good looks and creative content, she is loved by many.

In short, it seems like Jeanne Cadieu’s love life is going as great as her career. We are hoping they would end up marrying each other real soon. Wishing both of them good luck in their personal lives and careers.

Also read: Jorgie Porter’s Boyfriend: Who Is The Popular Model Dating In 2021?