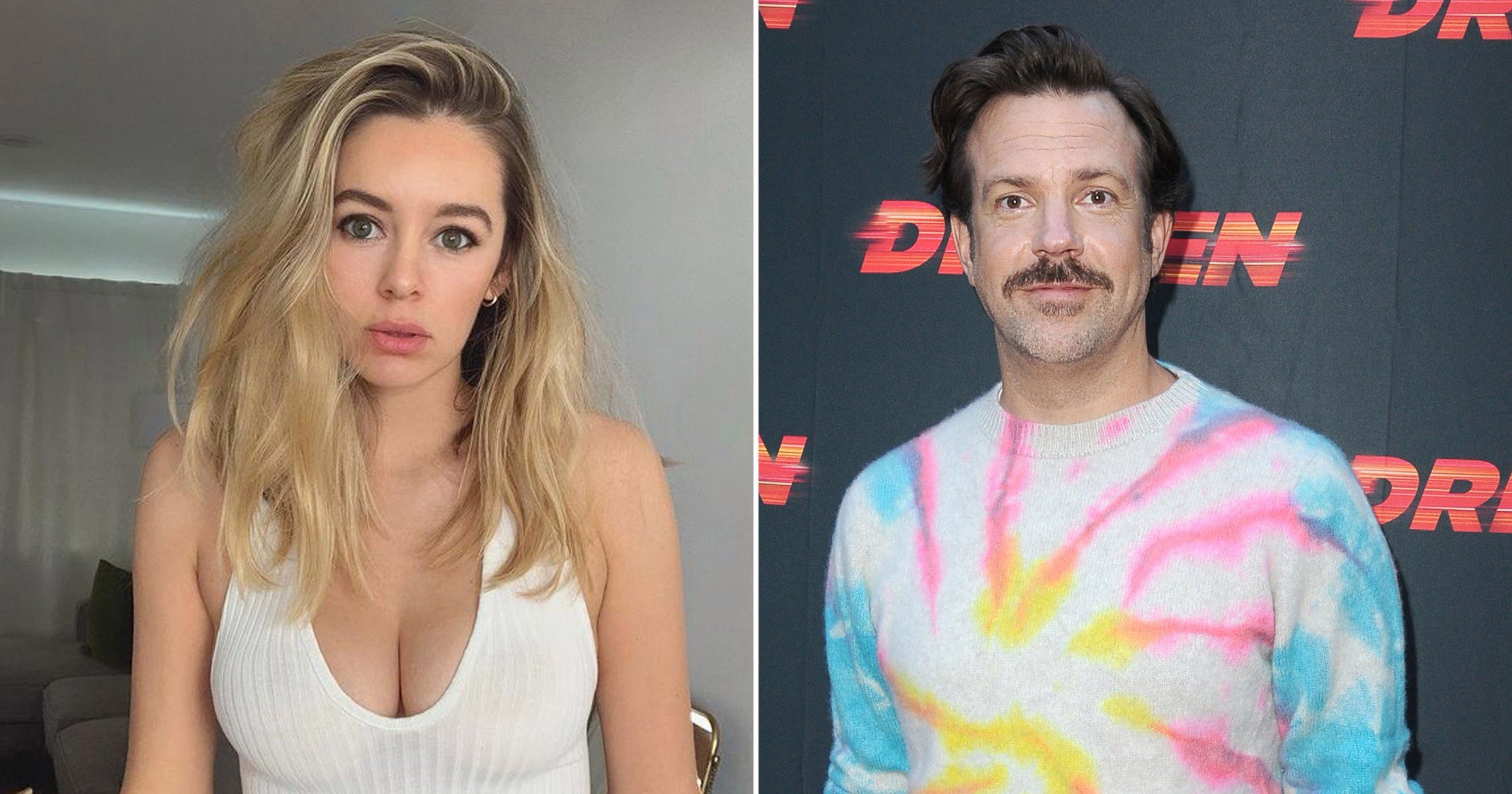 Jason Sudeikis has always been in eyes of the viewers and media when it comes to his love life. From the very beginning of his career, he has always been the talk of the town. He has been in so many relationships, and every time he got so much attention from the media. And we can clearly say that his luck when it comes to relationships is a little bad. Besides his on and off relationships over the years, he also got a lot of fame from his fans because of his profession. If you wanna know all about Jason Sudeikis’ dating history, and his career, you are in right place. Here we will cover all his past relationships, about his personal life and career. And we will also reveal whether he dating currently dating anyone or not.

If you all are ready, let’s dig into it and know all about Jason Sudeikis’ dating history and current relationship status.

Before knowing about every past relationship of Jason, let’s have a look at his early life and career. World-famous television actor, comedian, producer, and writer was born on 18 September 1978 in Fairfax, Virginia. He grew up with his parents and two younger sisters. After a few years of living in Virginia, Jason moved to Overland Park, Kansas with his family. He completed his graduation at Shawnee Mission West High School and later he attended Fort Scott Community College but he left in between.

After dropping out of college, in 1990, Jason started his career in improv comedy and play his role with ComedySportz, iO Chicago, and The Second City, Later, in 2003, he got a chance to be a writer for Saturday Night Live. And recently, in 2021, he also won Golden Globe Award for Best Actor in a TV Comedy Series and 2022, he won the Screen Actors Guild Award for Outstanding Actor in a Comedy Series. Though he is best known for his leading role in the comedy film Horrible Bosses, Horrible Bosses 2 and We’re the Millers, and many more. 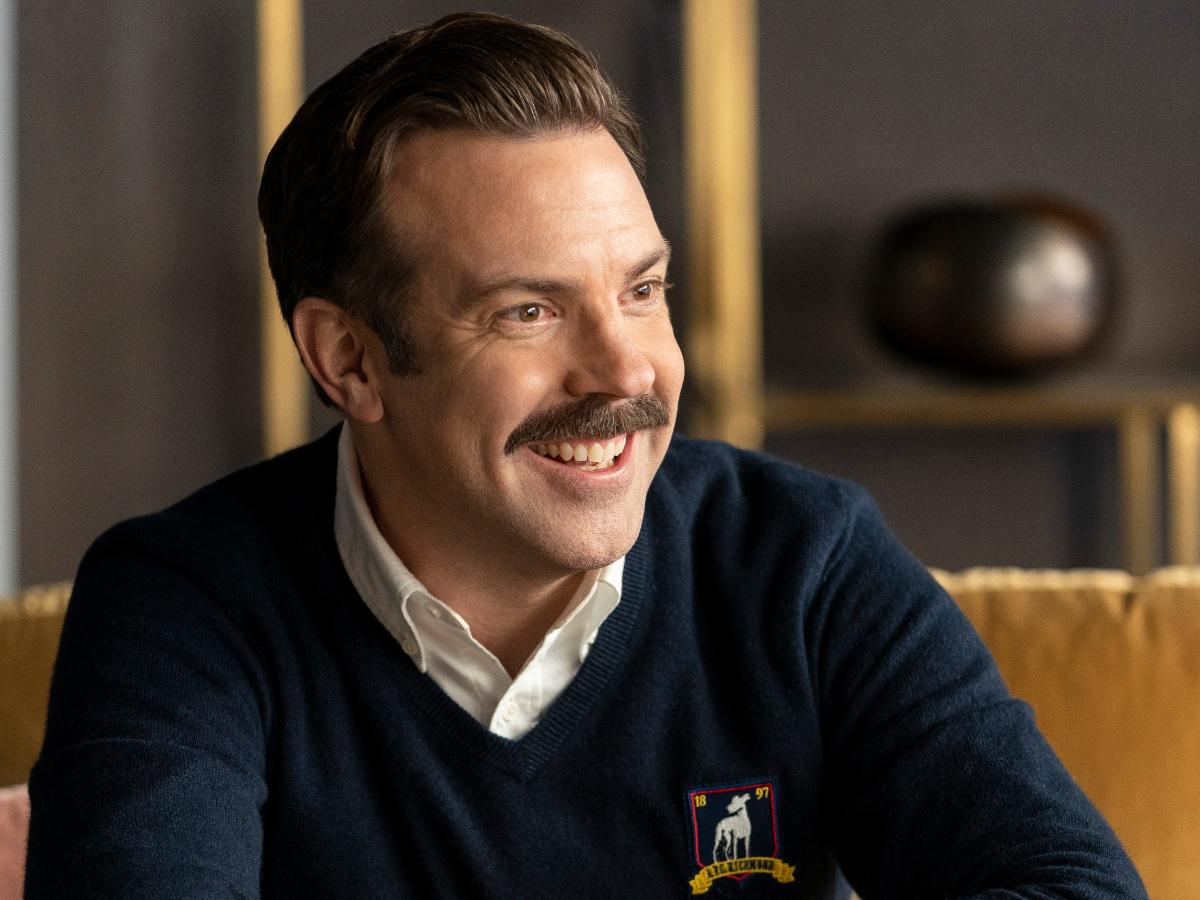 Besides that, Jason is also into charity work. He likes to serve a little bit of earning as a charity for a better world. And he played basketball at the 2011 and 2016 NBA All-Star Celebrity Game. Jason and other stars also hosted the Big Slick for almost 10 years. From they were able to raise around $6 million for the Cancer Center at Children’s Mercy Hospital. Moreover, Jason also hosted the benefit concert Thundergong! at the Uptown Theater in Kansas City, Missouri in 2018, for some charity foundation Steps of Faith.

Jason Sudeikis’ past and present relationships

Now coming too frequently asked questions about Jason Sudeikis’ dating history. As I told you before has dated a lot of women before and none of his relationships went well. His luck in keeping relationships is not good. Moving further, let’s now talk about every relationship he has been in before. Also later we will reveal his current relationship status, whether he is dating someone or not.

Jason Sudeikis and Kay Cannon started dating in 2001 and later in 2004, they got married in 2004. After getting married, the couple started getting into so many irrelevant arguments. And later, they decided to split up and in 2010 they finally get divorced and move on separately with their lives. 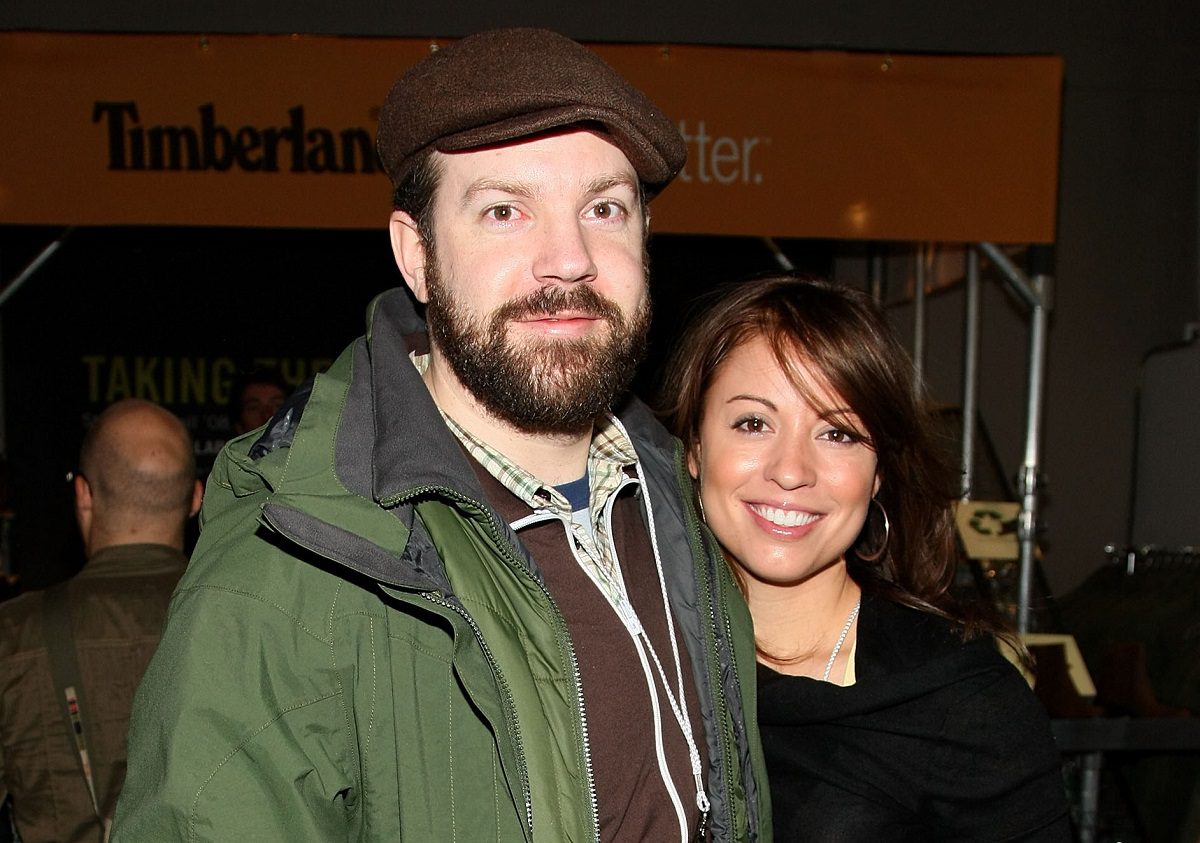 Now let’s talk a little about Jason’s ex-wife Kay. Besides, his ex-wife, Kay Cannon is an American writer, producer, actress. And people also know her by the name Kathryn Ellen Cannon. Cannon was born on 22 August 1974 in Custer Park, Illinois USA. And she is best known for Writing 30 Rock. She also wrote and produced the short-lived Netflix comedy-drama series titled Girlboss in 2017. Moreover, she also writes and produces the Pitch Perfect film series.

After getting a divorce from Kay Cannon, Jason Sudeikis started dating January Jones.

Also Read: Who is Carmen Montero’s Boyfriend? All About George Russell

Right after splitting with Kay Cannon, Jason started dating January Jones. This indicates the reason why Jason split up with Kay. Jason and January started dating in 2010, and they end up their relationship in 2011. Now you must be wondering who January Jones is. Well, we have covered it all for you. 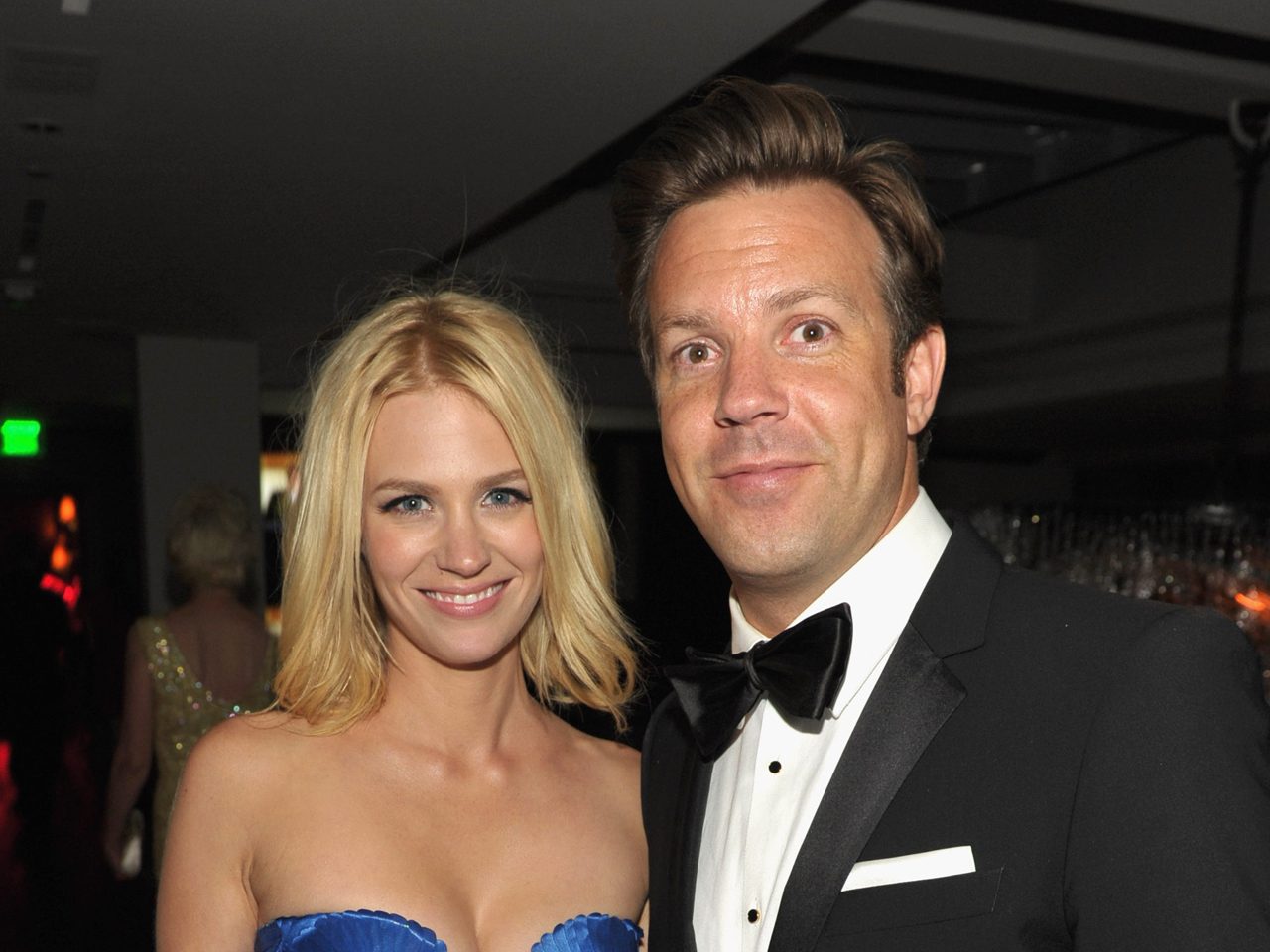 January Jones aka January Kristen Jones is an American actress and model best known for her role in Mad Men as Betty Draper. She was also nominated two times for Golden Globe Awards for Best Actress- Television Series Drama for her acting in Mad Men and Primetime Emmy Award for Outstanding Lead Actress in a Drama Series.

After breaking up in January, Jason also dated another actress, model Eva Mendes for only a month. And in the same year, 2011, he started dating again for the 4th time. And his 4th relationship went viral for a longer period. Come, let’s see who he dated after breaking up with Eva Mendes.

In 2011, after Jason broke up with Eva, he again come into a relationship with another actress Olivia Wilde. And he dated Olivia for a long period. And their relationship for a longer period went very well. They even got engaged for 7 years. Moreover, they together had 2 children named Otis Alexander and Daisy Josephine. After being engaged for 7 years unfortunately again for the 4th time Jason split up with Olivia Wilde in 2020. After the couple decided to split up with each other, both got a lot of attention from the media because no one ever imagined their break up. As the things between them were going very well. 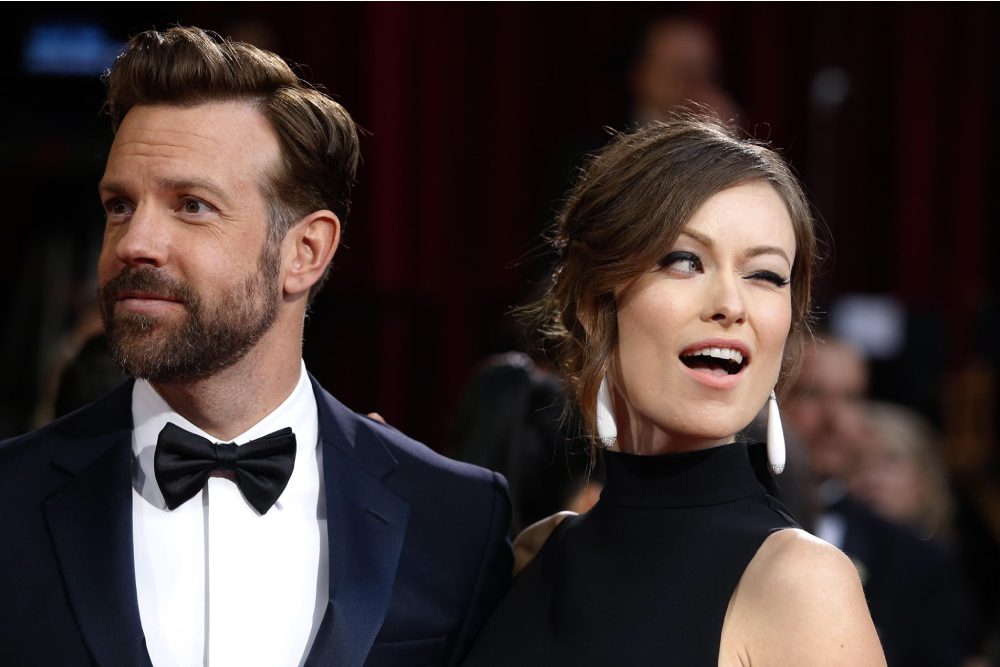 Now let’s talk a little about Olivia Wilde, Olivia Wilde besides Jason’s ex-wife, is an American actress and filmmaker. She is best known for her acting in the medical drama television series House as a Remy Thirteen Hadley. She also appeared in the films such as Tron: Legacy, Cowboys & Aliens, The Incredible Burt Wonderstone, and The Lazarus Effect. Moreover, in 2019, she also directed her first film titled Booksmart. She also won the Independent Spirit Award for Best First Feature for directing the film.

And currently, rumors are saying that Jason is dating Keeley Hazell. But the couple is yet to confirm their relationship by itself. As they were captured on the beach enjoying holidays. But there is no confirmation about their relationship.

Also Read: Who is Axel Witsel’s Girlfriend? All about his Wife Rafaella Szabo