Now that Seon Hwa's plan has started, what is in store for Jae Kyung? 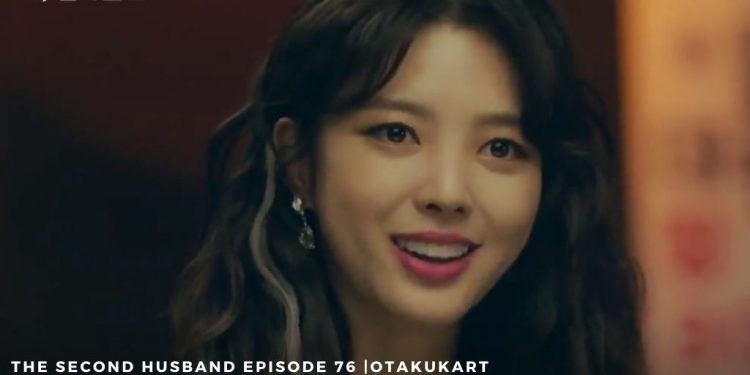 Fans are all on board for the release of The Second Husband Episode 74! When Jae Kyung got suspicious of Sharon once again, Jae Min, Seon Hwa, and her friends came up with a quick plan. After Jae Kyung reached Hanok Bakery, she started calling out for Seon Hwa. Seon Hwa was able to escape her suspicions by acting like she had been taking a bath and heard her fussing about with Bok Soon.

Meanwhile, Jae Min and Seon Hwa’s friend tricked Soo Chul, who had been keeping an eye on Sharon. Seon Hwa’s friend dressed up as Sharon for a while until she came back after deceiving Jae Kyung. Looks like their teamwork will make talking revenge on Jae Kyung and Sang Hyuk easy as pie.

Also, on the plus side, Sharon impressed Hae Ran with her incredible combat skills. The woman who had been threatening Hae Ran got angry at her and started pulling her hair. Just then, Sharon cooly stepped in and, with just one hand, had the woman on the floor. With this badass moment, Sharon has been stealing hearts.

Just like the audience, Seon Hwa got curious about why the woman had been attacking Hae Ran. Find out what else Hae Ran has been hiding from everyone in The Second Husband Episode 76. In this article, we are going to fill you in on everything from the release date to the predictions for the 76th episode.

Where To Watch The Second Husband Ep 76?

Through Korea, people have been tuning in on MBC just to watch The Second Husband. Seon Hwa has won over their hearts with her sorrowful tale. Plus, people have been waiting to see how she is going to take her revenge. The Second Husband Episode 76 is available for Koreans on MBC at 7:15 PM. International viewers can watch the kdrama on streaming sites like Rakuten Viki and Kocowa. In Rakuten Viki, the episodes of the k-series are only available to those who have a standard Rakuten Viki subscription.

After a lot of hustle, Jae Min and Seon Hwa will get married. Fans have been loving Uhm Hyun Kyung and Cha Seo Won’s chemistry as Seon Hwa and Jae Min. There is no one whose heart doesn’t skip a beat whenever Jae Min and Seon Hwa interact. Honestly, Jae Min is one of the best male leads the audience has ever encountered in a daily drama. Apart from that, fans are dying to know Jae Min’s backstory.

The episodes of the kdrama have made it plain that Jae Min was adopted. With the entrance of the woman who has been threatening Hae Ran, fans have gotten even impatient to find the answer.  Was the woman Hae Ran’s previous housemaker or Jae min’s birth mother?

Whoever she may be, fans think that she knows something about Jae Min’s birth, which is Hae Ran’s secret. Subsequently, she might be threatening Hae Ran to give her more money. Just as things were going smoothly, fans suspected that things might be going downhill soon. The woman who had acted as Sharon’s mother seemed to recognize Jae Kyung.

But fans can’t say whether Jae Kyung recognized her or not. What is the relationship between these two, fans have no clue! While all of this is going on, fans have been waiting for the moment where Hae Ran finds out Seon Hwa is her real daughter. And maybe then she might help out Seon Hwa with her revenge. Don’t forget to tune in for The Second Husband Episode 76.