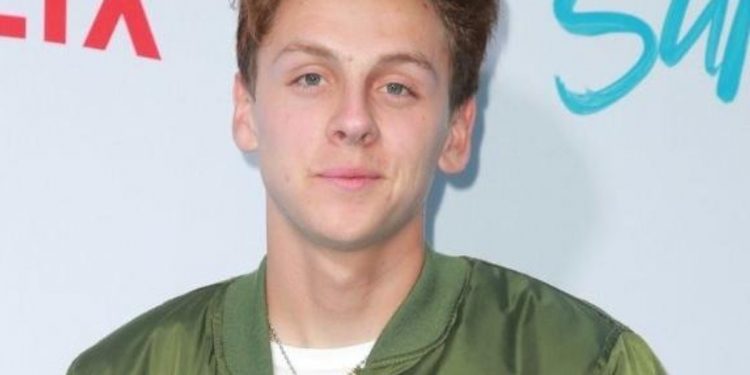 Jacob Bertrand is one of the rising actors of Hollywood that gained prominence since his appearance in Netflix’s Cobra Kai. So, how much is Jacob Bertrand’s net worth? Well, there is not much accurate information on how much the actor is earning. But, his net worth is increasing every year. Furthermore, Jacob has only started his career in 2007 with some Disney and Nickelodeon productions. His breakthrough role was in the Cobra Kai as an Eli “Hawk” Moskowitz. He has been appearing the Netflix’s series since 2018 and is still continuing.

In fact, the third season of the show found its release at the beginning of the year, and the fourth season is coming towards the end of the year. Furthermore, the actor is also premiering in two podcasts currently. He also signed a contract with ICM partners in August 2021. Thus, the actor also has an agency now. He will get more projects and recognition in the future. Considerably, his net worth will also increase with time. The actor is slowly also garnering other collaborations and advertisements.

Jacob Bertrand’s net worth is estimated to be around $2 million currently. His primary source of income is from acting in movies and television. The actor is most popularly known for his role as a Hawk in the Cobra Kai Universe. He is one of the upcoming actors in the industry. It has only been fourteen years that Jacob entered the acting career. However, his net worth is increasing gradually. In 2019, his net worth was estimated to be around $1 million, that got increased to $1.5 million last year. Now, his earnings again saw an increase this year. He earns a salary of $12 thousand per episode of the series.

Bertrand is not involved in any other business apart from acting. However, he does take up endorsements and advertisements. His other co-actors, such as William Zabka and Ralph Macchio from the Cobra Kai series, has a net worth of $2 million and $4 million, respectively. It is only a decade that the actor entered the field, and he has a long way to go now. Slowly, he is gaining prominence and recognition. Also, the actor has more upcoming projects in his hand. Thus, it is expected that his net worth will also increase in the future. Furthermore, his run in Netflix’s Cobra Kai is continuing. Well, the actor also nabbed a voice role in the DC universe this year.

Jacob Bertrand has launched a new podcast in September 2021, along with another one of his co-stars, Xolo Maridueña from the Cobra Kai series. Lone Lobos is the name of the podcast that is available in the podcast network of My Cultura in the iHeartMedia. It is a talk show that mainly revolves around the two actors that discusses several pop culture topics such as movies, relationships, music, television, and food. Jacob and Xolo commented about the podcast that it is important for them to represent authentic voices. They also know its importance for iHeartMedia’s partners.

Meanwhile, Jacob is also appearing recently in another podcast, which is available exclusively in the Apple Podcast. It is a fictional podcast that is known as Black Box. The podcast features the findings of a time machine wreckage by four teens. Furthermore, they also discover that a disaster is soon coming in their way. Gradually, they begin to discover more dangerous things. Black Box has started airing in November 2021. Thus, Jacob is already engaged in two podcast works that are currently ongoing.

Jacob Bertrand joined Smile Train in May 2021 as the celebrity ambassador. It is the largest cleft organization worldwide, and Jacob is their celebrity ambassador for the first time as a youth. The actor also attended the organization’s interactive virtual learning sessions with the cleft-affected individuals and staff for marking the start of his ambassadorship. Furthermore, his character inspiration for the Cobra Kai series is also clef-affected. Thus, he seems to know a cleft’s impact in life.