YouTuber Trisha Paytas found herself among pregnancy rumors after uploading a post in the social media recently. 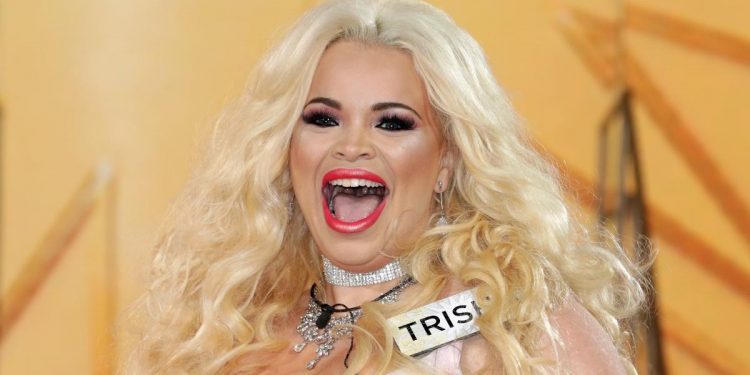 Trisha Paytas has now and then mentioned her dream of having children and starting a family. So, is Trisha Paytas pregnant currently? Well, the truth of the matter is still in secret, but the speculations came around after she uploaded a story in her social media account in a hospital gown talking about families. Thus, it could be the truth or just a rumor as it is not the first time for the YouTuber. Furthermore, Trisha and her husband have not yet officially announced if they are pregnant or not yet.

Paytas had got married in December 2021 to Moses Hacmon. So, it could be true that she could be trying to get pregnant through some artificial process as her post got seen just a week later. Trisha and her husband had always been open about having children despite her health issues. She also uploaded a video about her manifesting as a mother in September 2021. In the video, she envisioned having a daughter and a son. She also picked the babies’ names along with thinking that she would be a good mother.

Also Read: Who is Trisha Paytas Dating? The Controversy of Her Current Relationship

Furthermore, the Youtuber also gave a baby sticker with the picture and captioned that they were to try to create families. Thus, people begin to speculate that she could have been going through some fertility treatments. Trisha has always been frank about wanting to have a family. However, she could not do so far due to some issues. But, it could be the case that now the couple is going for some artificial process for having her first child. So, it is not known really if Trisha is pregnant or not. It could also be the case that she may be in the hospital for some other treatments.

Why Trisha Paytas Could Not Have Children?

Trisha Paytas revealed way back in 2016 that she could not have any children. She uploaded a video in her YouTube account titled it as to why she could not have any children. In the video, she explained her issues relating to fertility. She also shared that it is no secret from anyone that she used to work in the sex industry and had suffered greatly from it. Trisha did lots of sex that are unprotected during her time in the industry.

The YouTuber said that she is not saying it for boosting or anything like that. She is saying as a word of caution that what happened to her could happen with anyone. Thus, she contracted chlamydia during her time in the industry. She recovered from it but got it again after she came out from the industry. Then, she found that she had pelvic inflammatory disease after she went for getting treatment. Thus, she could not have any kids in her life. Her periods are even not regular as she sometimes does not have them for a long time or have them every other week.

It is not the first time that Trisha Paytas is having pregnancy rumors. In 2017, she was ten days late for her period that gave her a pregnancy scare. Then, again, she uploaded a photo with Jon Hill in 2019 on Instagram that got deleted later on. She captioned the photo that she could not wait to get pregnant in the night and she loves him. In 2020, Trish got seen in the video of pregnancy cravings mukbang with Lena the Plug. It leads to people again believing that the YouTuber could be pregnant that again turned to be rumors. Now, she again found herself amidst the pregnancy rumors after her recent Instagram story that could be true or not.

Also Read: Are Trisha And Moses Still Together? All We Know About Them!