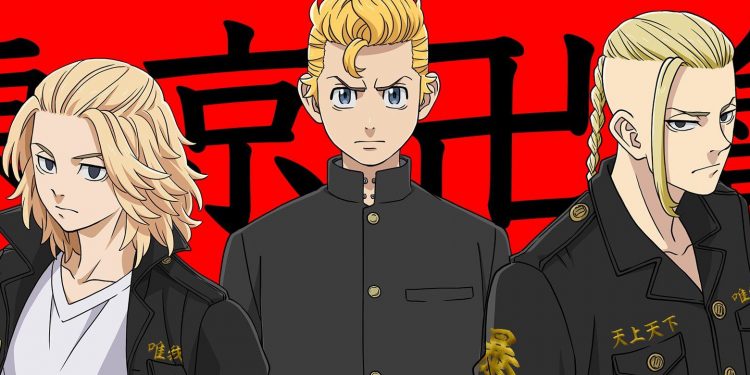 Tokyo Revengers was one of the most hyped anime in 2021. It has gained popularity with the release of its anime adaptation. Tokyo Revengers takes us on a journey through the “gang-life” of Japan. The manga was created by Ken Wakui. It was first released on March 1, 2017, and is currently an ongoing manga. This manga got its anime adaptation, with the first episode released on April 11, 2021. This anime has become so popular that it is now even being adapted as a live-action film! Thus, with all its hype, this anime is definitely one of the most recommended anime today.

Tokyo Revengers is now available on the most used streaming platform!

Since Tokyo Revengers is one of the most-watched anime of 2021, the anime is now available on Netflix. That’s right, now you can sit back and binge-watch all the 24 episodes of this amazing anime on your Netflix account.

Since Netflix has made it available to watch Tokyo Revengers, it also means that Netflix will continue to air the anime with its coming seasons and hopefully would also make the live-action movie available. With the anime available on Netflix, now it can reach more people via suggestions. This definitely would increase the demand for more Tokyo Revengers seasons.

What can you expect from the anime?

Well, the most interesting thing about anime is the manga. By the manga, I don’t mean the story or the characters but the creator himself. Interestingly, this story is based on the life of Ken Wakui. No, Ken Wakui could not jump back to the past. However, he was a member of a gang in Tokyo in the 2000s. It is said that he was a part of the gang called the Black Emperors. This was a famous gang of Motorcyclists. Most of his books are based on gang life. It is no surprise that he portrays these characters very well. He has even stated that his inspiration for the story of Tokyo Revengers was from his past as a gang member.

Tokyo Revengers is a beautiful blend of the supernatural and action genre. Here, the only supernatural aspect is the time-leap, but all action is based on the physical strength of the characters. Our protagonist, Takemichi, is weak physically but still works his way to reach the top of the gang. But although this anime is about gangs and leans more towards action, you can also expect interesting plot twists.

Since the anime is on season 1, it covers up to 73 chapters of the manga. In these 73 chapters, we are introduced to 3 arcs of the story. The first arc is the Toman arc, which introduces us to the protagonist and the main conflict of the anime. The second arc we are introduced to is the Moebius Arc, where the main conflict shifts to preventing a gang war. In the third arc, which is the Valhalla arc, we are again taken to the original main conflict of the story. Together, these arcs make up season 1 of the anime.

When can we expect Season 2?

As of now, we are sure that there will be a season 2 since it has been officially confirmed. However, we do not know the exact date of when it will release. Season 2 will begin with the Black Dragon arc and would possibly cover the other two arcs. In short, the second season for this anime is something the viewers will be looking forward to as it will cover a lot of craziness from the story. To know more about season two, click on the link below!

Most Popular KPop Boybands with 6 Members