Loutelious TJ Holmes Jr. is an award-winning American television actor and journalist. He currently works as a correspondent for ABC News. Lately, He is making news for his private life. Is TJ Holmes married? Well, you’ll get all the answers here. Prior to joining ABC News, TJ was a presenter on MSNBC News from 2013 to 2014. In 2012 he also hosted the BET network show Don’t Sleep. T.J.’s service for ABC News has taken him all over the United States and abroad like Super Bowls in Minneapolis, Houston, Atlanta, and Miami, GMA’s live safari adventure in South Africa, Democratic and Republican National Conventions in Ohio, and the Summer Olympics in Rio where he spoke one-on-one with Michael Phelps who is one of the most decorated Olympian of all time.

He was born on August 19, 1977, in West Memphis, Arkansas, USA. Tj is 43 years old. He was born to his father and mother in West Memphis, Arkansas, USA. Tj is the youngest of two siblings. He was nicknamed T.Jr by his family. However, he started using the name only when he began his professional television career. Apart from that, T.J. did not reveal more details about his family. However, he is an American by birth and of African-American descent.

Yes, TJ Holmes is married not only once but twice. Holmes was first married to Amy Ferson, but in 2007 the former couple separated and divorced. News anchor Holmes shares two children with his ex-wife, daughter Brianna, and son Jaiden. Holmes’ second marriage was to his current wife, Marilee Fiebig, which took place on March 1, 2010, after the two met through a mutual friend in 2009. Holmes and Fiebig have an eight-year-old daughter named Sabine, who was born three years after they married.

This CNN alum is known to be a loving family man. On his wedding anniversary with his wife Fiebig, Holmes wrote words of love and affection for his wife and published them on his social media platforms. Holmes was seen styling her beautiful daughter’s hair on the Good Morning America show, which aired in 2020. During the show, Holmes showed his love for his daughter Sabine and admitted that he has been doing his hair regularly for years, especially on Fridays.

Holmes began his television career on KSNF Channel 16 in Joplin, Missouri. Holmes spent less than a year at KSNF as a producer, reporter, and weekend presenter. In 2000 he moved to his home state of Arkansas to work as a general reporter for the Little Rock subsidiary of CBS KTHV. Within a year, he was promoted to moderator over the weekend. He joined CNN in October 2006 as a news anchor and correspondent. Until March 2010, he hosted CNN’s Saturday & Sunday Morning with Betty Nguyen. Holmes left CNN in 2011 and signed with BET Networks.

BET Networks, in August 2012, announced that Holmes would host their new original series Don’t Sleep. The show got canceled in March 2013, and he left BET. Holmes then moved to MSNBC, replacing Weekend with Alex White and News Nation with Tamron Hall. Holmes joined the ABC News team on September 26, 2014, as a representative on the news broadcasts World News Now (WNN) and America This Morning. He has also covered Good Morning America. On December 23, 2014, he became a permanent co-host of WNN. He has worked for ABC News as a co-host of WNN.

Who Is Marilee Fiebig?

Marilee Fiebig is best known as the wife of T.J. Holmes. Fiebig also has her own recognition too. She is an experienced lawyer and business economist. Previously she worked as a lawyer specializing in economic immigration. Previously she also worked as a business manager in the fashion and entertainment sector. Fiebig is currently a Senior Director at Save the Children U.S. and is active in the areas of diversity and inclusion.

Facts about Marilee Fiebig’s actual age and birthday were not revealed. However, she looks younger than her 44-year-old husband. Speaking of online presence: Marilee Fiebig has an Instagram account and a LinkedIn account. Marilee Fiebig is from the Czech Republic and belongs to American nationality and African ethnicity. Marilee also holds a degree in Political Science and French from the University of Michigan. She also received a J.D. from Vanderbilt University. 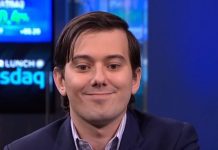