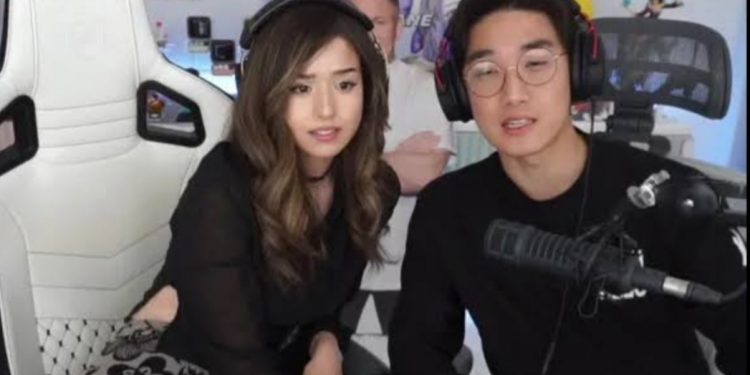 Is Pokimane Dating Kevin? This Twitch streamer had recently caught attention among her fans when she brought her new friend Kevin on her live stream. In case you aren’t much aware of who Pokimane is, she is originally known as Imane Anys. She is a Moroccan-Canadian internet personality who gained fame after becoming famous on Twitch. Not only that, she often posts video gaming content, especially for the League of Legends. Her live streams on Twitch have garnered over 204 million views overall to date. Throughout her career, she has paired up with several other streamers like Mizkif on her channel. Besides her Twitch account, Pokimane also runs her Youtube channel, which goes by her professional name itself.

Now, fans have been very much curious to know is Pokimane dating Kevin. He has been seen in some of her latest live streams. The bond they shared in each of the videos has made her fans wonder about their relationship. However, Pokimane has always been very much private and is never vocal about her personal life. For more details about Pokimane and her love life, you must dive into this article and stay till the end.

Is Pokimane Dating Kevin? What’s going on between them?

Recently, we have seen Kevin in most of the live streams of Pokimane. Well, that made her fans wonder if they are sharing anything romantic. In most of those live streams, Pokimane and Kevin were seen reacting to the other videos available on the internet. Overall, everything used to be chilled between them. The kind of bond they showcased through those live videos raised speculations about whether they were in a relationship. Initially, fans were confused about whether Kevin was her brother or partner. Later, in one of her streams, we saw they were in discussion of how to deal with negative mean-minded people when one is sensitive.

On that note, Kevin gave her mental support by asking her to do what she felt the best and right for her at that moment. Pokimane became vulnerable, and fans could see her real humanity. Despite everything being so cheerful and good, neither Pokimane nor Kevin have confirmed their relationship. Even earlier, she collaborated with other streamers like Disguised Toast, Mizkif. But, she never confirmed anything that was surfacing on the web related to her love life. In short, it is unclear if Pokimane is dating Kevin. However, some of her fans are already convinced about the two dating each other.

A few days back, Pokimane posted on Twitter, requesting her fans not to ask about Kevin as he is leaving. By leaving, she meant that Kevin wouldn’t be appearing on her live streams anymore. This left her fans heartbroken as they loved watching Pokimane and Kevin together.

Also Read: Did Emiru and Dyrus Break up? Relationship between the two Twitch Streamers

Besides her relationship with Kevin, fans have also shown interest in some of her details like age, career, education, etc. Without further ado, let’s have a look!

How Old Is Pokimane?

Imane Anys, who is popular with her professional name Pokimane, was born on 14 May 1996. That makes her 25 years old as of now. After a few months, she will be turning 26.

When it comes to her education, the internet personality, Pokimane attended McMaster University. There, she joined to pursue chemical engineering. However, she dropped out in the meantime to pursue her career in social media, streaming on Twitch and making videos for Youtube.

What Is She Famous For?

Pokimane’s Twitch live streams and gaming content for League Of Legends, Among Us, Minecraft, and Fortnite have garnered her massive fanbase, covering 8.5 million followers on this particular platform. On the other hand, she also runs a Youtube channel, which has 6.71 million subscribers as of January 2022. If you haven’t watched any of her videos, you must check her account for some amazing content.

Despite this pathetic Covid-19 pandemic, she met her fans a couple of weeks ago. You may watch the video linked above. She also starred in the film Free Guy, which was released in August, last year. Also, Pokimane serves as the creative director of the fashion brand, Cloak.

We hope she reveals her relationship status with her fans in any of her upcoming videos. That’s going to be super fun too!

Also Read: Sweet Anita: Everything You Need To Know About The Twitch Streamer