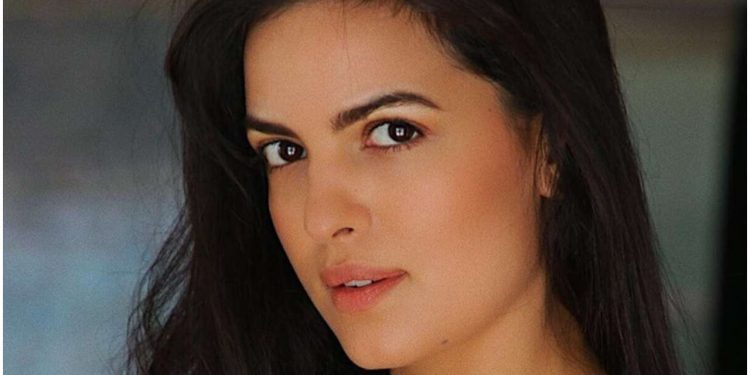 Natasa Stankovic and her husband, Hardik Pandya, is surrounded by pregnancy rumours after photos of their Christmas celebration emerged in the social media account. So, is Natasa Stankovic pregnant really? Neither Natasa nor her husband has denied the rumours yet and the truth of the matter is still in secret. It is only the public and fans that begin to speculate that Natasa after seeing her in the Christmas dress with a slight baby bump. Natasa and Hardik are already proud parents of their one-year-old son. Furthermore, the birth of their son and marriage took place in 2020.

Stankovic and Hardik also dote on their son very much, as seen in the social media posts. They continuously share photos of their son and spend time with him. Now, the public is still wondering if the couple is pregnant again with a second child. But, several netizens are trolling the couple for their pregnancy in the comments. Well, the upcoming time will reveal if Natasa is really pregnant or not. Meanwhile, the couple celebrated their Christmas merrily with their close and dear ones. Let’s know more about their Christmas celebration and pregnancy.

Also Read: Jacob Pechenik’s Net Worth: How Much is the Film Producer & Entrepreneur Earning in 2021?

It is not known whether Natasa Stankovic is pregnant or not. However, the rumours came around recently about her being pregnant with the public speculations. Her husband, Hardik Pandya and she posted a photo in their respective social media account celebrating Christmas with their whole family. They posted several photos wherein the pair is happy and entertaining guests during Christmas time. After that, both of them posted the same photos on their own Instagram accounts.

Natasa captioned the photos as Merry Christmas and welcoming home all their little ones. Meanwhile, Hardik captions his as wishing Merry Christmas to everyone to everyone from his family. Slowly, people begin commenting on their photos after seeing Natasa in her dress. Many began speculating that a second child is way into the couple’s life after seeing a baby bump of Natasa. Well, we do not know yet if it is actually the baby bump or the dress is making her waist look that way. But, it definitely, seems that she is pregnant in the photos. Furthermore, the couple has not yet responded to the rumours.

Christmas is indeed a special time for everyone, and everyone celebrated in their own way. Such is the case for Natasa and her husband, Hardik. They also shared a glimpse of their Christmas celebration on their Instagram account. Natasa is seen dawning a magneto coloured velvety dress with beautiful silver heels and silver hairband. Meanwhile, they also had guests at their homes. The couple is posing before a Christmas tree with their guests and dogs. On the other hand, she has also posted single photos of herself with her husband and son Agastya. It is quite evident that the couple has a blissful Christmas together.

Netizens are continuously trolling the couple in the comments after their speculations that Natasa is pregnant for a second time. One user wrote that even the second one is ready for coming. Another one commented that they are progressing again for the second time. Meanwhile, one more stated that Hardik brother gives very fast delivery that even the second baby is ready for coming. One netizen commented that the couple had launched one more. It is no new thing that netizens are damned on trolling the couple no matter the truth.

Natasa Shares a Son with Her Husband

Natasa has a one-year-old son with her husband Hardik Pandya that was born on July 30, 2020. Hardik took to social media to announce the birth of his son and wrote that they got blessed with a baby boy while holding his hand. Natasa and Hardik also married during last year itself while the pandemic was going on. Meanwhile, Natasa continuously shares adorable pictures and videos of his son on Instagram. She shared such one picture of Hardik with their son just a few days back. In the picture, Hardik got seen cuddling with their son Agastya.