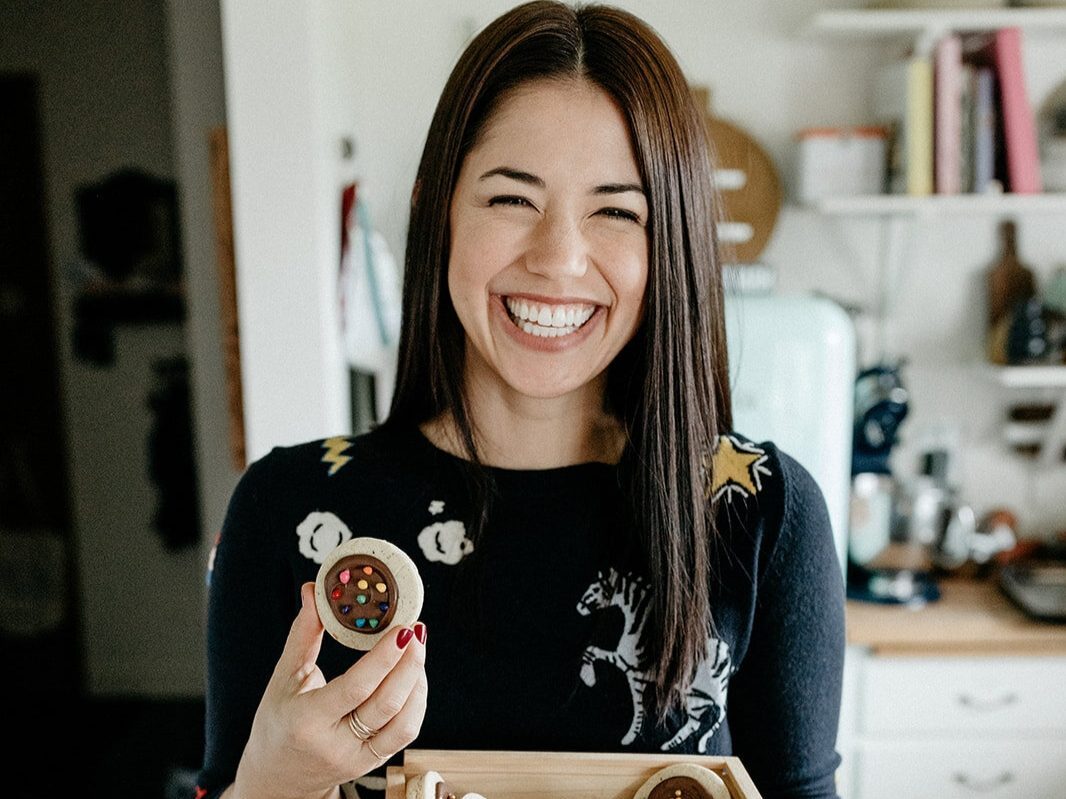 Is Molly Yeh Pregnant Again? Well, Molly Yeh is a famous American cook. The former cook is a cookbook author, blogger, TV presenter, and a good mother. She is a winner of a Cookbook Award and was also nominated for a James Beard Award in 2019. A food critic “Molly” runs the farm along with her husband. Molly is an active star on social media. More often than not, we can see her leading her 750,000 followers on Instagram. Her Instagram is flooded with super delicious, very tasty, and appetizing food and cooking recipes. Molly’s Instagram posts are pleasing to the eye and especially to the stomach. She is a very nice person who enjoys talking to fans. In addition, she is a pleasant and caring mother.

In 2016, Molly publicized her first book named “Molly on the Range: Recipe and Stories from an Unlikely Life of Farm”. Molly won the Judges’ IACP Cookbook Award in 2017 for her first book. A year later, she hosted a food program on the Food Network. In addition, her famous series Girl Meets Farm was released on June 24, 2018. Here, in the article, we will talk about the very talented star Molly Yeh. In this article, firstly, we will talk about Molly’s pregnancy, career, and life, then we will bind up the article by revealing Molly’s net worth.

Yes, Molly Yeh is Pregnant Again. Well, The 32-year-old “Food Network” star is pregnant and expecting her second baby with her husband, Nick Hagen. The couple, who married in December 2014, are now parents to their 2-year-old daughter, Bernie. When she announced the news of her pregnancy on Instagram on Friday, Yeh wrote that she would post a sonogram photo to let her know the news of her pregnancy, but babka cross-section looked just as cool and probably just as accurate. She added that someone else was on their way. The baby is expected to see the world in February next year. 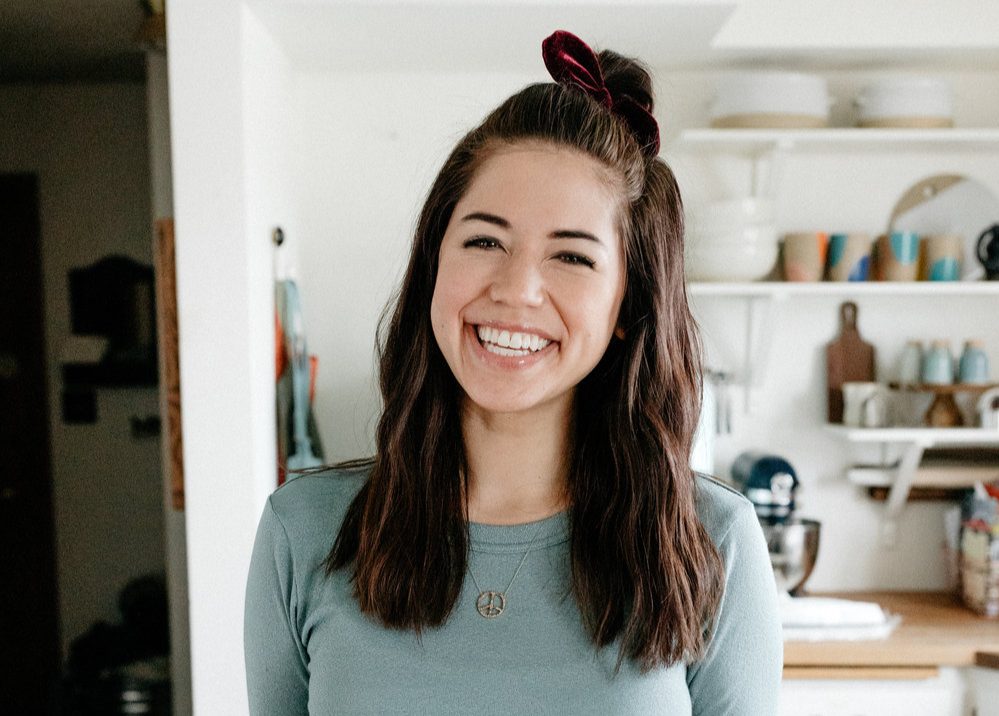 On May 22, 1989, Molly Yeh was born in Glenview, Illinois, USA. Molly will be 33 years old in 2022. She attended Juilliard School and Glenbrook South High School. She is an American professional cookbook writer and blogger. Molly is also a host of the Food Network cooking show “Girl Meets Farm” starting June 24, 2018. Also, she is the host of the ninth season of Girl Meets Farm, which was aired on September 19, 2021. If you desire to know about her husband’s name and her latest news, then continue reading this article.

In 2009 she started her blogging career. The cookbook which she published in October 2016 was titled “Molly on the Range: Recipes and Stories from an Unlikely Life on the Farm”. For this book, in 2017, she won the IACP Cookbook Award. On June 24, 2018, she made her debut as a presenter on the cooking show Girl Meets Farm. In 2018 she published her second cookbook called Yogurt.

When we talk about her love life, then there is a handsome, beautiful man and gentleman who has won her heart. In 2015, Molly married a farmer Nick Hagen, who is a fifth-generation farmer. Well, he is clearly interested in food, so only someone who is part of the food industry has the right to claim Molly’s heart for themselves. She also has a cute little daughter who is now three years old. On March 30, 2019, their daughter was born. Well, her daughter’s name is very interesting. She named her daughter after her husband’s great-great-grandfather Bernt and her great-great-grandmother Bernard. Molly’s daughter’s name is Bernadette Rosemary Yeh Hagen. 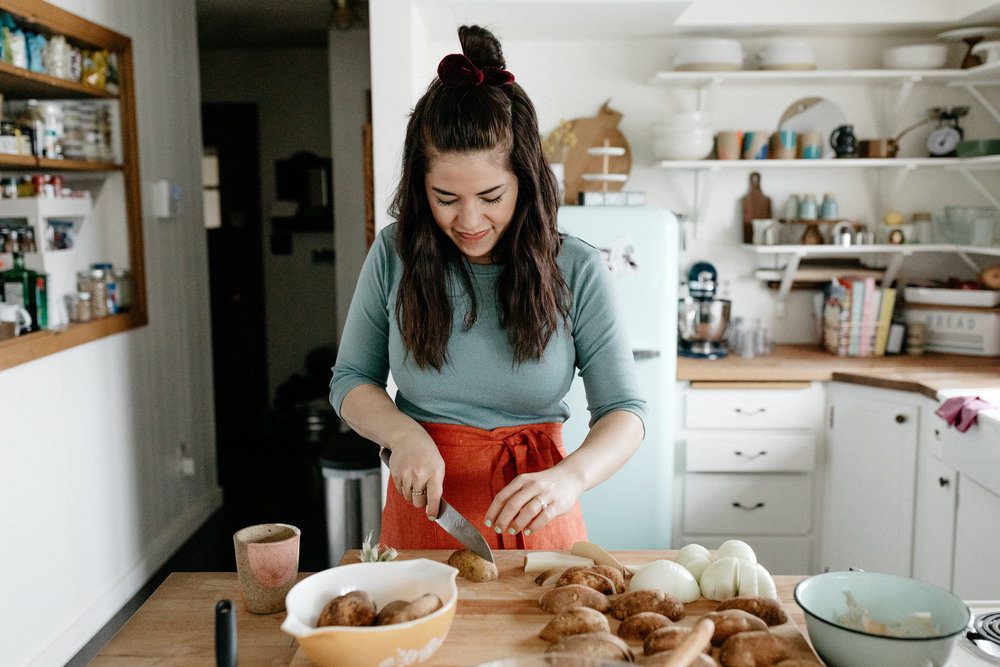 If we talk about her husband Nick Hagen now, he has been running a farm in East Grand Forks, which covers about 220 acres. The farm also offers tour rentals for tourists. He inherited his farm, which had belonged to his family for five generations. Molly’s father’s name is John Bruce Yeh, and his mother’s name is Jody Yeh. She has two sisters named Mia Reilly-Yeh and Jenna Yeh. Jenna, her sister, is a cook.

Molly Yeh has an estimated net worth of $9 million. Her cooking career is her main source of income. Moreover, their blog adds to their income significantly. Also, she makes a lot of money from her books and TV shows. Well, according to some sources, she is paid an annual salary of $57,000 to run the Girl Meets Farm. Apart from that, she makes huge profits by endorsing various brands on her Instagram. She even makes money working with various food products and brands. Also, she is a well-known famous cook of the country’s celebrities and the author of famous cookbooks.

Also Read: What Happened To Linda Broderick? Was She Pregnant?