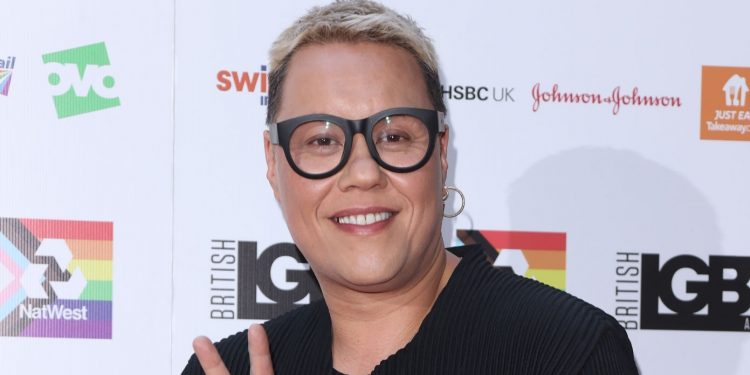 Lately, there have been many questions popping on Gok Wan. Gok’s fans want to know that Is Gok Wan married or is he single? Born in Leicester, Gok, the son of a Chinese father and English mother, found himself in fashion after choosing not to attend the speech and drama courses that he enrolled at London College. He started out as a make-up artist, moved into the fashion industry as a stylist, and built celebrity clients, including All Saints, Erasure, and Wet Wet Wet. His first foray into television followed shortly after. He served as a fashion consultant on hit shows such as GMTV, LK Today, and Big Brother’s Little Brother before starting his own makeover program, How to Look Good Naked. It was an instant hit and lasted several series.

Gok Wan is a British fashion consultant, writer, television presenter, actor, DJ, chef, and event manager. He is also known as Kowkhyn Wan. Wan is a huge music fan and regularly DJs in the UK and abroad. His favorite music is house and club classics, but he likes to play different scales. He toured Poland, including the Pacha nightclub in Poznan. He is represented by the Club Class Management. Wan made an event titled “Fashion Brunch Club” (2016/17). These shows are live versions of what Wan was offered on the previous TV show, How to Look Good Naked. Guests received a 5-star lunch and fashion show at their local clothing store, as well as a stunning makeover for the audience, and Wan also offered a coveted body shape master class. In December 2019, Gok was awarded an MBE in the Queens New Year Awards list.

Gok Wan is not married yet. He can be currently considered as single. Gok Wan is currently focused on his television career and is presently busy with his brilliant new daily show, Bling, which launched on ITV and it seems that Gok is more interested in his friendship than his current relationship. The stylist once said that even though he was single, he never wanted to be in a relationship but wanted to be with his friends. He invested as much in his friendships as he did in his work.

But our favorite fashion connoisseur hasn’t completely given up on marriage. In an interview, Gok finally revealed that he still wants to get married one day: “I plan to get married at some point in my life because I want marriages. But whether I’m going to marry one of my friends – just for fun – or is it a love wedding, I don’t know.” The stylist also openly admits that he’s stuck in relationships,” saying, “I’m really out of a school of thought; if you’re not good at something, don’t get too close. When connections are made, they come and when they’re not around, I tend to miss them less.”

Gok Wan has long claimed that he is too busy for love. But in 2016, the fashion expert seems to have found happiness for a while. The star was dating Holby City beauty David Ames, and the couple seemed totally blown away. David, Dr. Dominic Copeland was spotted with Gok at the Dive magazine party. Gok had embraced David, and the news immediately leaked to the press.

The make-up artist was born in Leicester to an English mother, Myra, and a Chinese father, John Tung Shing Wan, who was born in Hong Kong and migrated to England at the age of 16. He grew up in Wheatstone, Leicestershire, where he worked in his parents’ restaurant. Wan was different from his peers at a young age and was bullied by other children for being multiracial, tall, overweight, and gay. During his teenage years, he weighed up to 21 stones (133 kg).

He became interested in the performing arts to become an actor, and after leaving Babington Community College, he began taking courses at Charles Keene College of Higher Education. Wan graduated from college, then enrolled in the Central School of Speech and Drama and went on to study performing arts. Feeling restricted and unhappy, he eventually dropped out of the course and returned to his family. Wan then started his career in London as a make-up artist, after which He switched to the fashion stylist division.

Also Read: Stephen Merchant’s Girlfriend: Who Is The British Actor In Relationship With?