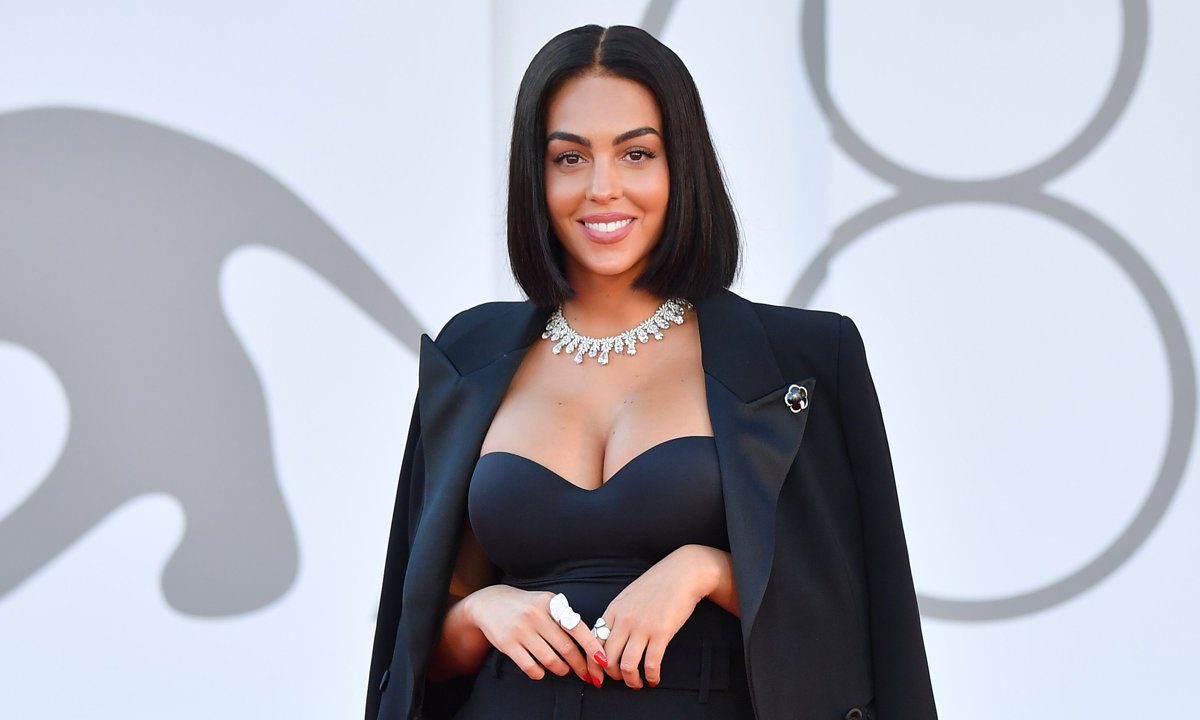 Georgina Rodriguez got spotted recently enjoying a beach vacation with her family in Dubai that showed her slight baby bump. So, is Georgina Rodriguez’s pregnant again? Rodriguez already shared a daughter with her beau of almost seven years, Cristiano Ronaldo. She is also the mother of the Portuguese footballer’s previous three children. Georgina and her boyfriend have often spoken about wanting a bigger family and more children. Thus, it would be not much of a surprise if the footballer or his girlfriend have more children. Meanwhile, Cristiano met his life’s love while she was working in a Gucci store.

Recently, Ronaldo also lit up the whole of Burj Khalifa for his girlfriend’s birthday. Meanwhile, Georgina’s new series with her as the main lead got released just a day before her birthday. So, Cristiano also wished her for that during her birthday. Georgina and their children often accompany Ronaldo during his tournaments. The footballer too never fails to give time to his family. Now, the couple is ready to welcome two new additions to their family this year. The duo announced the happy news last year while Georgina was in her third month of pregnancy.

Also Read: What is Cristiano Ronaldo’s Dating History? Life of The Football Star

Yes, Georgina Rodriguez is pregnant. Her beau, Cristiano Ronaldo, announced the news about her pregnancy in October 2021. Furthermore, Georgina is expecting twins that are due in April of this year. Ronaldo posted a photo of him with his girlfriend with the ultrasounds of their twins in his Instagram account. He captioned the post as about him being delighted for announcing that he and his girlfriend are expecting twins. Their hearts are full of love, and cannot wait to meet their children. Meanwhile, the pair shared a heartwarming video revealing the gender of the twins in their respective accounts in December 2021. 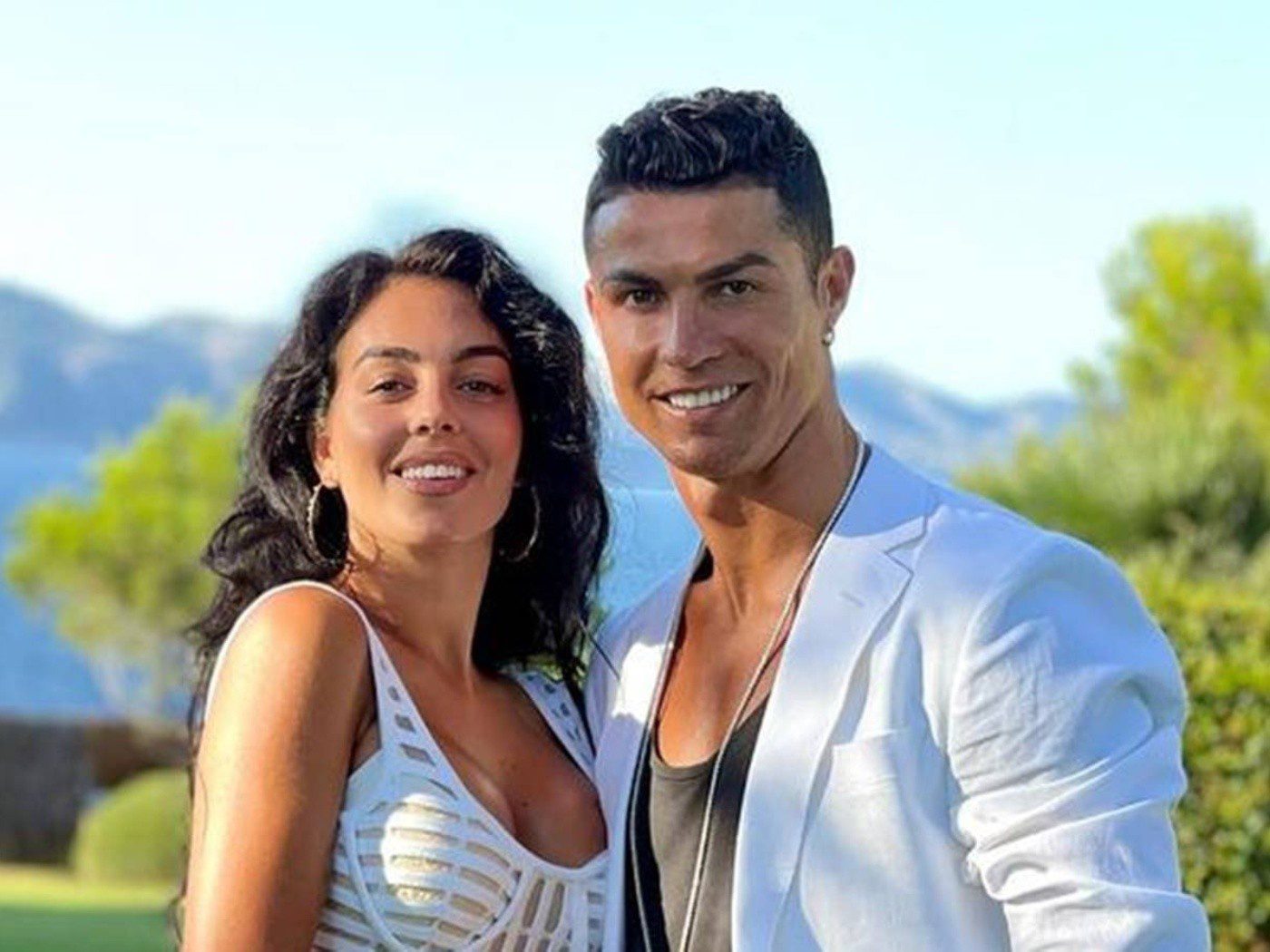 Rodriguez with her boyfriend Cristiano Ronaldo

Georgina Rodriguez is not first time pregnant with Ronaldo’s child. She already shares a daughter with the Portuguese footballer born to them in November 2017. Alana Martina dos Santos Aveiro is the name of their daughter. The footballer announced expecting his first child with his Spanish girlfriend a month after becoming a father to twins. Yes, Ronaldo also became a father to twins in June 2017, which he had fathered in the United States via surrogacy. But, he had never revealed about the twins’ mother. Apart from that, Cristiano also has another child, Cristiano Ronaldo Jr, in 2010.

Cristiano Ronaldo’s Girlfriend, Georgina, was seen showing off her baby bump on January 30, 2022, during a beach outing. Georgina and her beau, along with their four children are in Dubai for the Premier League. However, the couple never fails to enjoy some free time with their children. The recent beach break saw Georgina’s blossoming baby bump while relaxing with her family. She was dawning a sky blue bikini top with rectangular shaped sunglasses and silk headscarf.

Georgina Rodriguez on Having More Children

Georgina Rodriguez is now the mother of not only one of his children but also Ronaldo’s previous three children. She spoke during an interview about how she is living her dream life in Manchester. The good thing about that is the couple’s living nearer to the school of their children. Rodriguez mentioned her dream of having a big family as she loves children. They are in a large family today that would be even larger in a few months. It seems that Georgina’s dream did come true as she has a very big family now with two more upcoming additions to her sweet family. 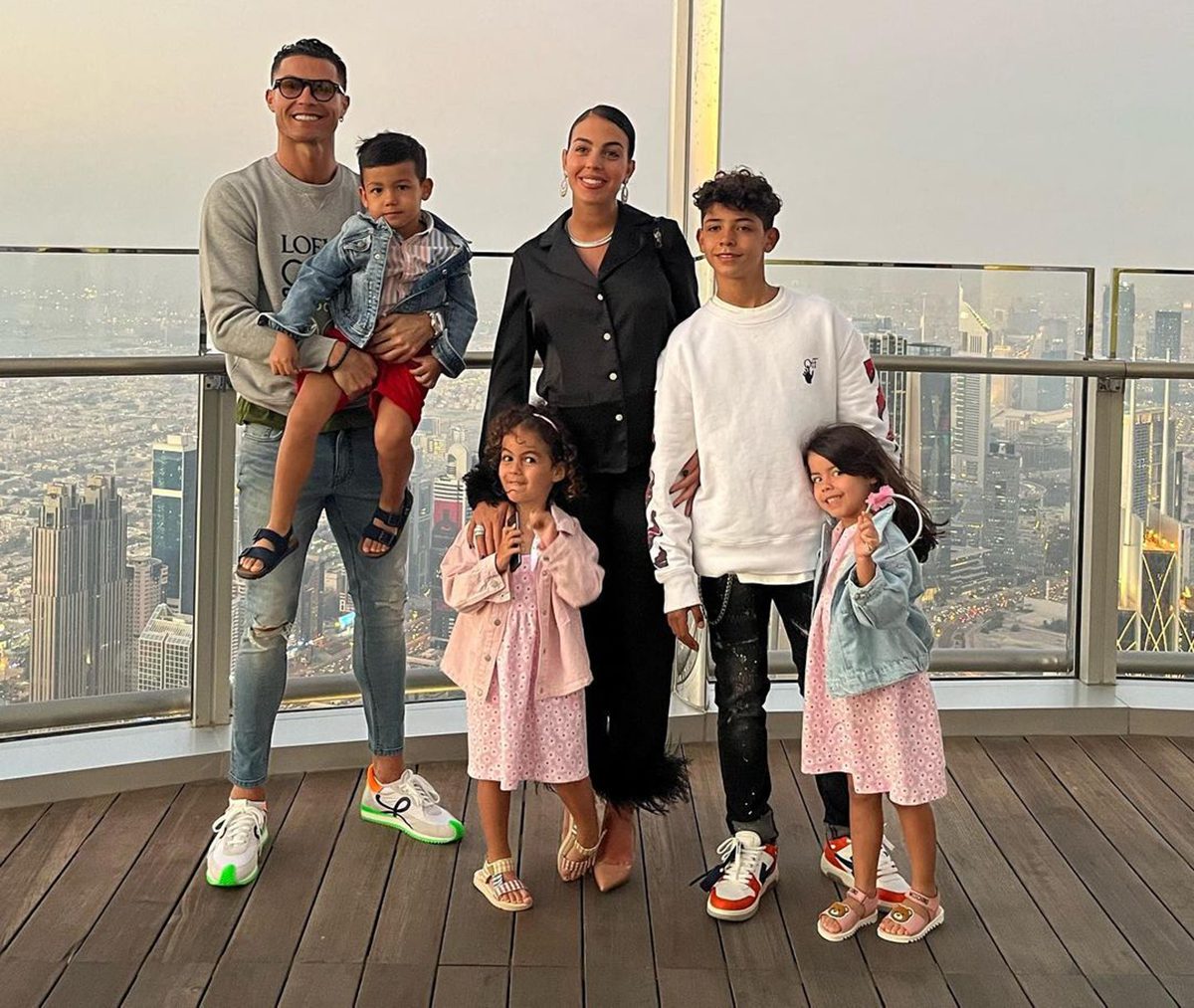 Georgina Rodriguez with her family

Cristiano Ronaldo’s Birthday Gift To His Girlfriend in Dubai

Cristiano Ronaldo and his whole family are in Dubai for the Premier League. The Portuguese footballer recently lights up Dubai’s Burj Khalifa for celebrating her birthday with a promotional clip from I am Georgina on January 28, 2022. Fireworks also joined the projections along with the words Happy Birthday Gio. Georgina also is the lead of the series that got released on January 27, 2022, on Netflix. Ronaldo and his girlfriend were also seen posting photos of their celebration on their respective social media accounts.

Also Read: Who Is Georgina Rodriguez’s Boyfriend? Everything We Know About Her Love Life