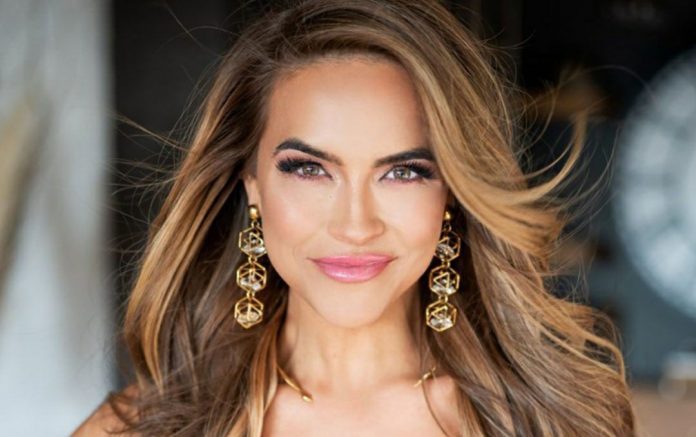 Today, we shall learn Is Chrishell Stause Dating Anyone? What do we know about the ”Selling Sunset” actress’ current relationship status and also about her notable works? Starting from the basics, Terrina Chrishell Stause has gained massive popularity with her acting skills in Days Of Our Lives and All My Children. For the former one, she has been the recipient of the Daytime Emmy Award nomination as well. Besides these, some of her other famous works include Youthful Daze, The Young and the Restless, The Crimson Mask, Body Of Proof, Hot and Bothered.

After learning so much about the actress’ notable career, fans are interested to know Is Chrishell Stause Dating Anyone? Well, she has dated several men from the industry. Even her relationship with Jason Oppenheim didn’t end up good. In case you aren’t aware, their romance ended last year, more precisely in December. Their break-up has been shocking to many and fans are wondering if the actress has already found her new beau. Without further ado, let’s dive in.

Is Chrishell Stause Dating Anyone? Everything To Know

What do you think, Is Chrishell Stause Dating Anyone?  Well, the actress Chrishell Stause has been recently making the headlines with the news of her dating a ‘non-binary’ partner. Her name is, G-Flip, known as Georgia Claire Flip in real. In case you are wondering, Chrishell’s rumored partner is an Australian musician and a rapper. After attending a concert in Denver, their pictures of holding hands together while walking got viral on social media.

Knowing this, someone wrote on Twitter, ‘CHRISHELL, you’re too pretty to be with a man #SellingSunset‘. The rapper fuelled the dating rumors, after replying via comment ‘Agreed‘. Moreover, Chrishell has also confirmed the rapper to be ‘her date’ before filming for the reunion episode of the Selling Sunset Season 5. With G-Flip, the actress has bonded pretty well.

The best part is, that Chrishell’s fans have been supporting this relationship with her. People have commented on her being ‘living her best life.’ On top of this, news flooded stating the actress was to travel to Australia (G-Flip’s place). Also, they share flirty texts on social media which makes the fans suspect more about their romance. Wishing the duo all the happiness! Hoping Chrishell to be more open and make it official if they are dating in real.

Jason Oppenheim has been her co-star in Selling Sunset. Chrishell’s relationship with him was pretty much prominent in the industry. The former couple started dating anytime in July 2021. On the note of their breakup, Jason confirmed the reason on his social media, stating that they have different expectations and desires regarding a family. For this, they mutually decided to part ways, after a few months of togetherness. But, still, the good part lies there! Despite their split, he has confessed to  Chrishell to be ‘the most amazing girlfriend I’ve ever had.’

Before this, Chrishell Stause has been romantically linked to Matthew Morrison, Justin Hartley, and Keo Motsepe.

Also Read: Jason And Chrishell’s Relationship Timeline: How Did Their Romance Go?

Besides knowing the details of Chrishell Stause Dating anyone or not, fans are now curious to learn more about her. Born on 21 July 1981, makes Chrishell Stause 40 years old at present. She was born in Draffenville, Kentucky, United States. As far as her height is concerned, she is 1.67 meters tall. You may follow this actress on her Instagram account, having over 3.3 million followers at present.

Moving on with her career, Chrishell Stause has worked in numerous films and even on television series. Being one of her die-hard fans, you must not miss out on watching- Another Time, Selling Sunset, Staged Killer, Mistresses, and The Crimson Mask. Apart from her wonderful acting career, Chrishell has also participated in Dancing with the Stars Season 29, back in 2020. However, she couldn’t make it to the top and eventually got eliminated peaking up at the eighth position. Briefly, we may say, Chrishell Stause is pretty much successful in her life, resulting from her immense hard work over the years.

Best Wishes to Chrishell Stause for the upcoming days of her career. Hoping she excels more shortly.

Also Read: Why Did Chrishell And Justin Divorce? All About The Shocking Split!