The Dragon Ball series is easily one of the most popular anime series that exists on this planet. It features Goku and his friends, who are extremely popular across the globe. This series often features tough opponents and challenges for Goku and his planet. This anime inspires us to break through our limits and become better as we were on yesterday. The attitude of never giving up is the best thing about the Dragon Ball series. In this article, we will talk about two quite popular characters from the Dragon Ball Super series, Jiren, and Broly. We shall eventually compare their power level, and see, is Broly stronger than Jiren. So make sure to read this article till the end.

Dragon Ball Super is a manga-based anime series written and illustrated by Akira Toriyama and animated by Toei Animation, who is known to develop other high-quality anime which include, Digimon, One Piece, etc.  The series revolves around the major protagonist of the show Goku who belongs to the alien race called Saiyans. He tragedically arrived on Planet Earth and was eventually adopted by an old man named Son Gohan. As he grew up, He developed strong feelings for this beautiful planet. He trained under Master Roshi initially and became a fighter to protect the earth from outsiders. He beat down many tough opponents as he grew up and pushed his limits to become better than ever. He transformed into Super-Saiyan to defeat one of the toughest guys, Frieza, and saved Earth and Namekians from grave threat. Other opponents who faced defeat at the hands of Goku are Kid Buu, Jiren, Broly, etc. In the Dragon Ball Super series, he trained under the Gods and Angels themselves, as he became stronger.

Broly was the major antagonist of the Dragon Ball Super: Broly movie and one of the greatest threats Goku ever faced. He is the son of Paragus and was misguided by his own father that made him the greatest threat to the other planets. He is the Legendary Saiyan who was born every 1000 years and held the ultimate durability and strength. Before Broly, Kefla demonstrated the powers of Legendary Super Saiyan in the Tournament of Power arc, but Broly is the true Legendary Saiyan even on a superior level from Goku’s Blue form. His powers were beyond control, so Paragus put a limiter on his neck to avoid reckless destruction, but after breaking down that limiter, Broly showed his fierce form to everyone and gave a tough battle to Goku, Vegeta, and Frieza.

Now let’s talk about another major guy that Goku faced in his life. Jiren was the major antagonist of the Tournament of Power arc in Dragon Ball Super and the most favorite candidate to win the tournament. He was highly powerful and devastating that he cornered every other fighter from different Universes on the battlefield. He even surpassed the God of Destruction of his planet and is known to be the only mortal who achieved this title. It took Goku’s Ultra Instinct form to corner him somehow and a collective contribution of each fighter of Universe 7 to finally defeat him. Frieza and Goku, the two greatest rivals, worked together to save their Universe and threw him out of the field.

Is Broly Stronger Than Jiren?

Answering this question is a little tricky because the creators didn’t give any solid information, so we can compare them on a factual basis. These predictions are all based on the author’s opinion, and you may disagree with some of the points.

When Goku fought Broly, he declared him the strongest guy he ever fought with and considered him even powerful than Beerus himself. It took Goku and Vegeta’s Fusion, i.e., Gogeta, to defeat that man. On the other hand, Jiren was the guy who surpassed the level of Gods and became the strongest mortal in the whole Universe. Still, we think that Broly is a little superior to Jiren. The difference is not that much, and Goku gave equal efforts to defeat both of them, but we can easily say that, yes, Broly is stronger than Jiren. We hope you get your answers.

Also Read: Will Frieza Die In Dragon Ball Super? The Fate Of The Biggest Villain Of Universe 7 Discussed 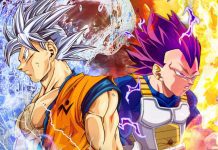 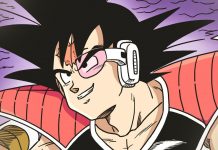 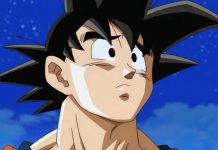