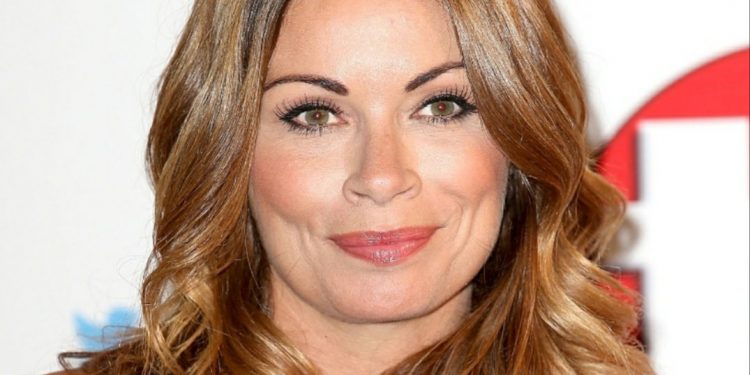 Fans are wondering Is Alison King Pregnant? The rumours of her pregnancy are ruling over the internet. For those who aren’t much aware of her, Alison Rosamund King is a British actress who has gained popularity for performing in the series Dream Team and also in the soap opera Coronation Street. Besides these two, she has also acted in some other films and series. Some of them are- Submerged, Last Chance, All Day Breakfast and a few more about which we will talk later on. Not to forget to mention, how brilliant Alison King is as a model. She has collaborated with several brands.

It was in 2009 when Alison King became pregnant for the very first time. Again, after so many years, rumours regarding her second-time pregnancy are surfacing on the web. She has dated quite many actors in her early life. People have shown massive interest not only in her pregnant details but also in her dating history. If you want to know Is Alison King Pregnant, you must dig into this article till the end.

Recently, there have been different rumours related to the pregnancy of the actress. What’s the truth behind all these rumours? Well, as in 2021, Alison King isn’t expecting any child. In short, she is not pregnant.

Alison King is already a mother of a very pretty daughter whom she welcomed in 2009. Now, she is engaged with her husband, David Stuckley. The duo shared several goofy romantic couple pictures of them on their respective social media accounts. It shows how badly they are in love with each other. Little did you know, he isn’t from the film industry but the IT industry. In short, her husband is an IT consultant. The rumours started circulating as Alison King was nervous about being pregnant for the second time as she has already suffered the pain once. Also, her ex-boyfriend happily wished her to have five children with her husband. Neither of the couples has announced if they are planning for a child real soon. We are hoping these rumours turn true anytime soon.

Discussing things about the actress’ love life, she has dated many of her co-stars. Starting from the very beginning, Alison King dated the former actor of the soap opera Coronation Street, Philip Middlemiss. The couple dated for five long years but when it didn’t work well, they ended up parting their ways.

In 2006, she got engaged to Jim Alexander. For those who don’t know his identity, Jim Alexander is the actor in the series Dream Team. The duo broke up in 2007.

Failing in this relationship as well, she started dating Adam Huckett who is the sound technician of the Coronation Street soap opera. Since April 2007, they have been dating each other. After two long years, on 11 February 2009, she gave birth to a daughter. The couple got engaged in September 2011 but because of some personal reasons, they confirmed their breakup on 16 October 2012.

After her breakup with Adam, Alison King started dating the assistant director of Hollyoaks in 2016. His name is Paul Slavin. But, like her previous relationships, this didn’t work too.

Finally, the actress met the love of her life David Stuckley. It was September 2019 when they started dating each other. Look at them now, how happily together they are!

The actress, Alison Rosamund King was born on 3 March 1973 in Leicester, United Kingdom. This makes her 48 years old in 2021. As far as her parents are concerned, her mother is June King, whereas her father is Alex King. For studies, Alison King attended South Charnwood High School.

What is she famous for?