Irina: The Vampire Cosmonaut Season Finale and Ending – Will there be a New Season? 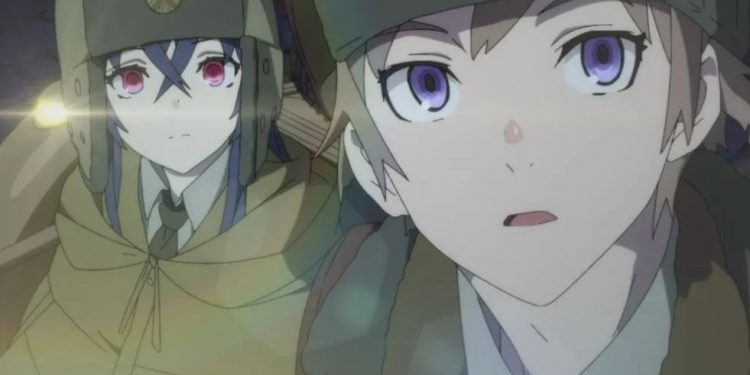 Irina: The Vampire Cosmonaut Season Finale, also known as Tsuki to Laika to Nosferatu, recently concluded its episode final a few days ago. The story of Vampire Girl Irina, who had a dream to land on the moon, ended after twelve episodes. Irina became the first Vampire for humans in Japan to experiment and see if they could send one of the kinds to the moon. The whole Anime is based on Irina and the moon’s trip; Lev also joins Irina to train her to get ready for her trip. Irina: The Vampire Cosmonaut Season Finale begins when Irina gets separated from her family.

Irina’s life has been upsidedown since most humans despise her. Japan’s government tasked Lev with Irina’s training the begin well. Lev realizes that he also had a dream to go to the moon, and if he succeeds with Irina’s training, it will also open the path towards his goal. The other Cosmonaut thought Lev was unworthy of the first human to land on the moon. Japan’s government also learned that the UK is also preparing for the trip to the moon. The chief from Japan refuses to accept defeat since he considers Americans as hamburger eaters.

He told his team to work hard and show the hamburger eaters that Japan would be the first one to put their flag on the moon. Lev and Irina trained well together, and Anya also joined them. But the training took place in the middle of the night since Irina couldn’t handle the heat during the day since she is a vampire. They named her experiment N44, and Lev was not pleased since he considered Irina as human and wanted others to treat Irina like humans.

One day Lev went training with Irina at night, but Irina lost control of her vampire instincts. She notices that a human is in front of her, and she never thought to lose from a human. Lev was outracing her, and Irina didn’t like that since she hates humans. She chased Lev like she wanted to eat him and pass him like a rocket; Anya took the records of the race and noticed that Irina surpassed her limits. But Irina controls her vampire form since she promised herself that she would devour humans. They head back to the HQ and know that the days of launching rockets are nearing.

Irina always hates it when they meet with Roza and Lev’s rivalry since those guys always pick a fight with Lev and tease Leve using her name. Roza believed that a vampire would never defeat her, and vampires are meant for experiments. But Lev also ensures Roza and Irina don’t get in actual combat. Anya always cares for Irina and console her in a hard time. Later the chief learns about the UK’s chimpanzee that went to the moon and became famous. He got angry and told his people to speed up the process.

Lev completed Irina’s training, and Irina set off to the moon. Iriana became the first Vampire Girl to land on the moon, and the chief realized that if they sent a human, no one would die. They made a selection test, and Lev was the first candidate. Everyone was surprised that Lev beat them and went to the moon. Before he went to the moon, he had good times with Irina and opened his heart. The launch day arrived, and Leve shocked the world since he became the first human to land on the moon.

Will There Be Irina: The Vampire Cosmonaut Season 2?

The official platforms of this Anime are yet to reveal Season 2 of it since Irina: The Vampire Cosmonaut has recently completed its twelve episodes. Those curious can visit the following official platforms: Funimation, Ani-One Asia (Playlist), and Bilibili TV. Lev and Irina were the ones to land on the moon, and the Japanese won the race to the moon. Irina: The Vampire Cosmonaut ended with the Japanese celebrating Lev’s return, who reunited with Irina and other comrades. One can also read the episode finale of this Anime: Will Lev Land on The Moon In Tsuki to Laika to Nosferatu Episode 12?.

Top ‘Lee Sung Kyung’ K-Dramas That Prove That She Is Beauty With Brains!