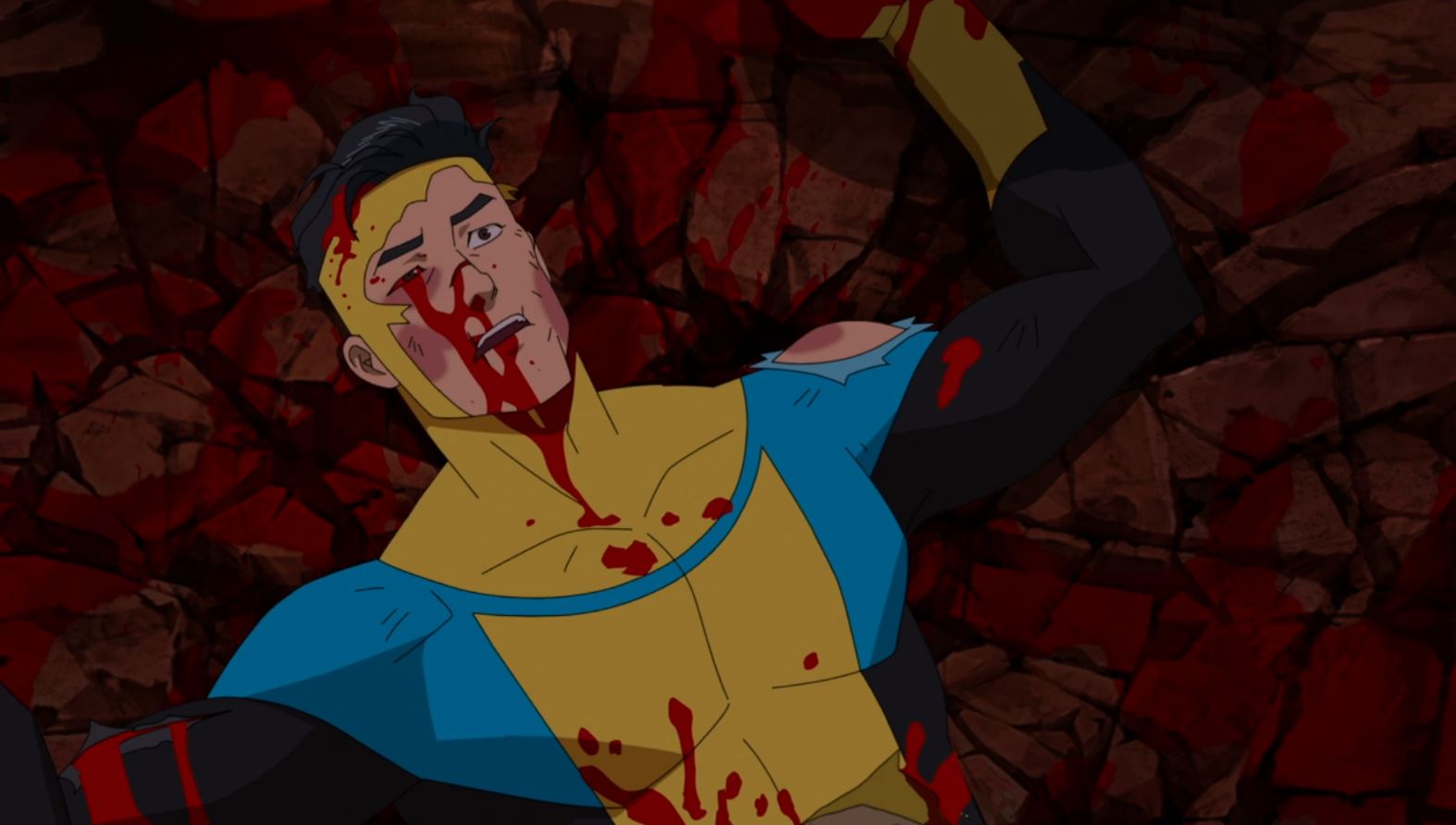 Invincible Episode 5 starts of with a scene where Titan takes it upon himself to take down a few thugs. His actions were very brutal to a point where people were horrified of him. One of the kids even shoots him with a sawed-off shotgun but Titan allows him to flee. Then we see a few more sequences in which Titan was carrying out missions for master, Machine Head. He had a wife and daughter and therefore he knew the value of family. Due to this, even though his action were brutal, they had a soft side to them as well.

Invincible Episode 5 titled “That Actually Hurt” has Titan and Invincible’s fates collide as one day Titan’s sick daughter asks if Invincible was a good guy and if her father was too. This leaves Titan speechless making him want to end his run. He makes contact with Invincible as he narrates to him how he really isn’t a bad person but was in debt to his master, Machine Head. After considering his side, Invincible decides to help Titan takedown Machine Head. 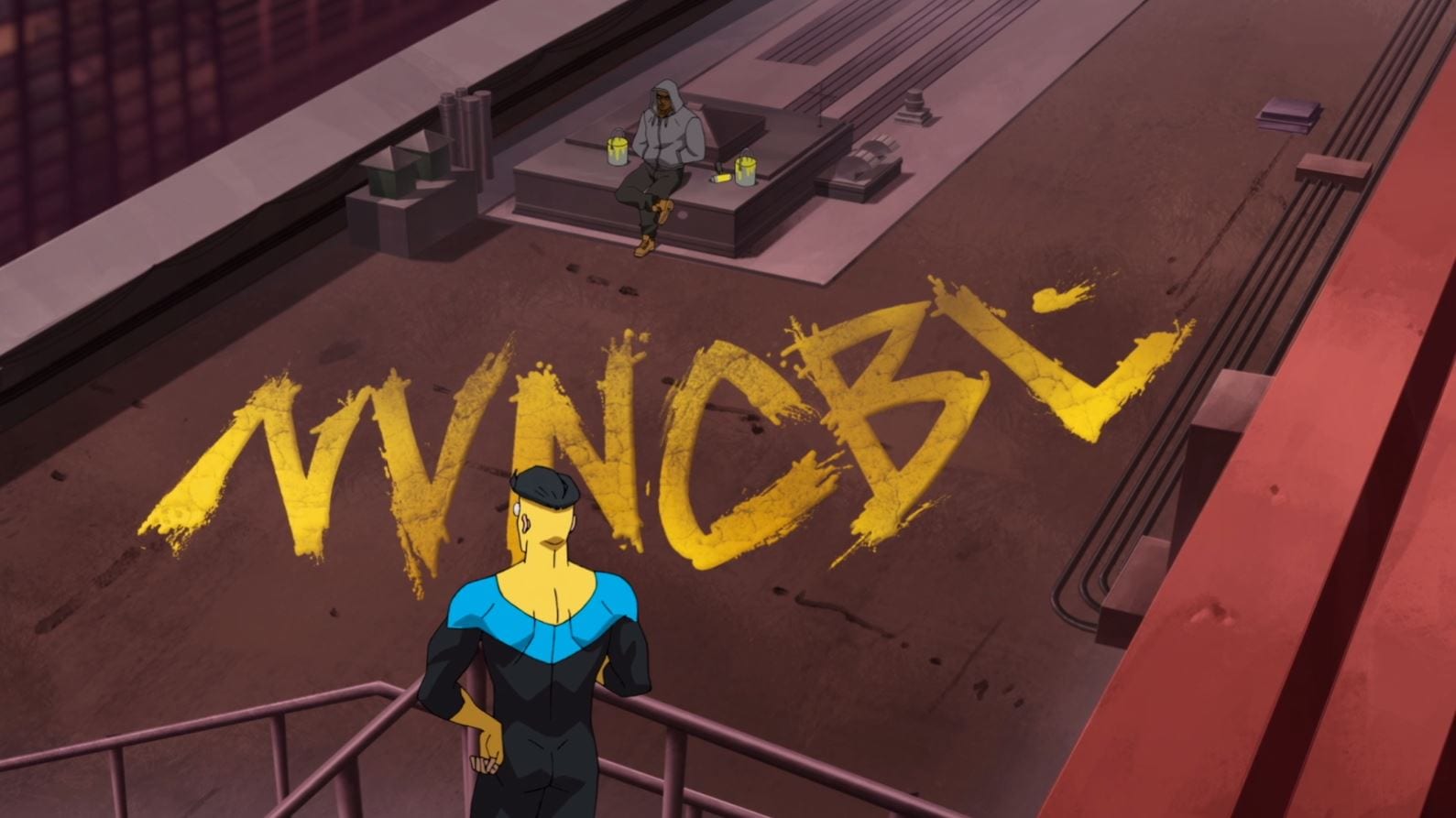 Machine Head had predicted an attack therefore he had hired a few men out of which Thokk, the Battle Beast gives a beating to Invincible. Omni-Man was there but chose not to help his son while other Guardians of the Globe such as Black Samson and Monster Girl arrived at his help. But, sadly they too faced the same fate.

Thokk is disgusted by other villain’s defeat and therefore uses the portal to depart. This allows the GDA to arrest Machine Head while Titan reveals to Invincible how he had partly manipulated him. Elsewhere, the GDA was surprised to see how Mark’s blood samples were invulnerable as they were fought off every test run on them. 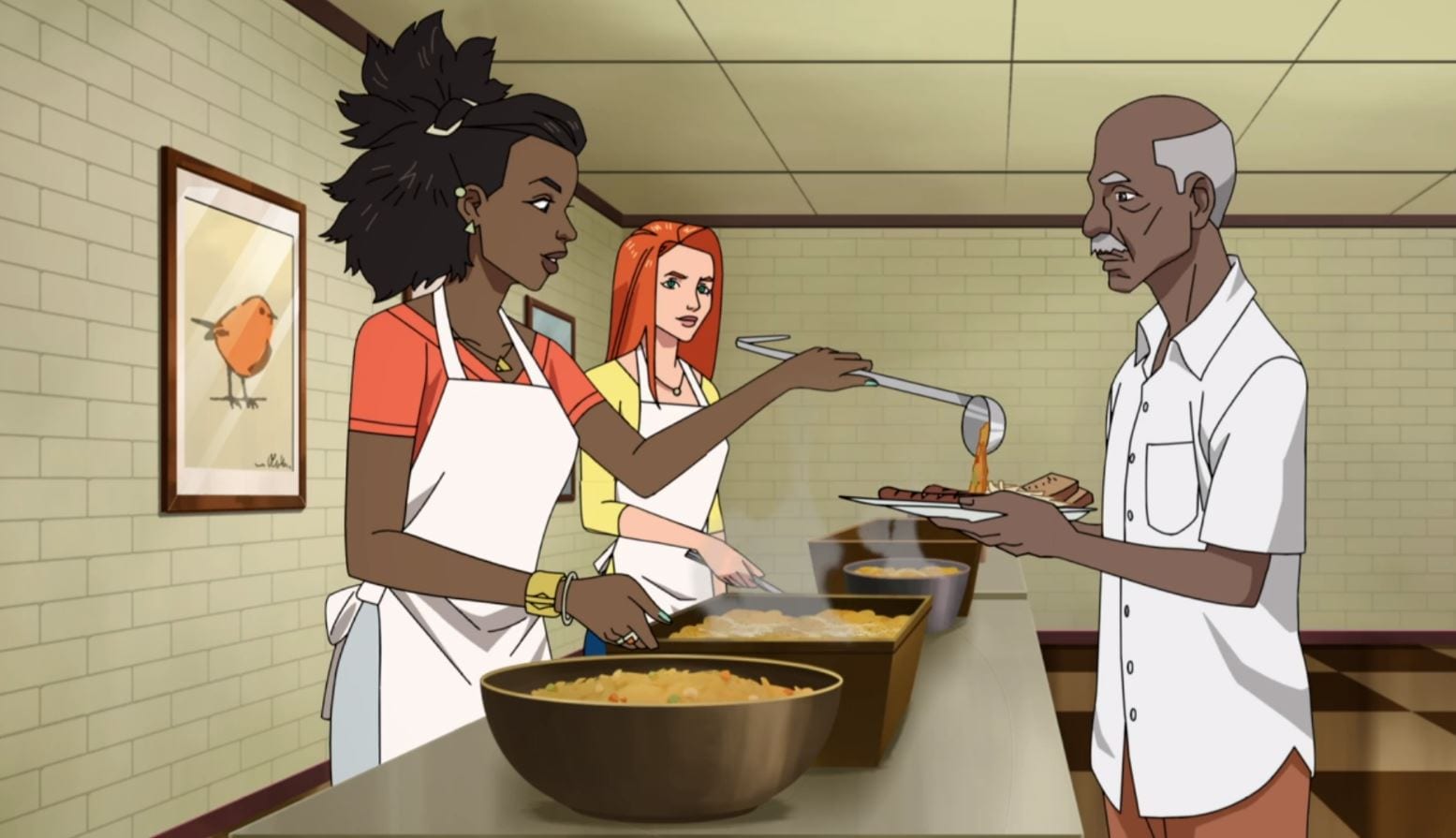 Even comes to Amber’s aid in the Soup Kitchen – credit Amazon Prime Video.

Debbie finds Darkblood’s notebook which causes her to look for more evidence when Nolan is away. Meanwhile, Amber is disappointed at Mark’s actions as he is not present on any of their dates. Moreover, if he does arrive, he has been late. This was also the case for Mark’s job which he ends up quitting. He promises Amber to go to the soup kitchen with her but he gets brutalized by Battle Beast while Eve joins Amber at the soup kitchen. But as soon as Cecil contacts her about Mark’s condition, she leaves for the hospital.

When Will Invincible Episode 6 Release?

Invincible Episode 6 is set to be released on 16th April 2021. The episodes by Invincible are scheduled to be aired at 3 pm ET / 2 pm CT. Invincible follows an episode release pattern of one episode every Friday. Make sure to change the above time to your local time zone to watch the episode when it airs. 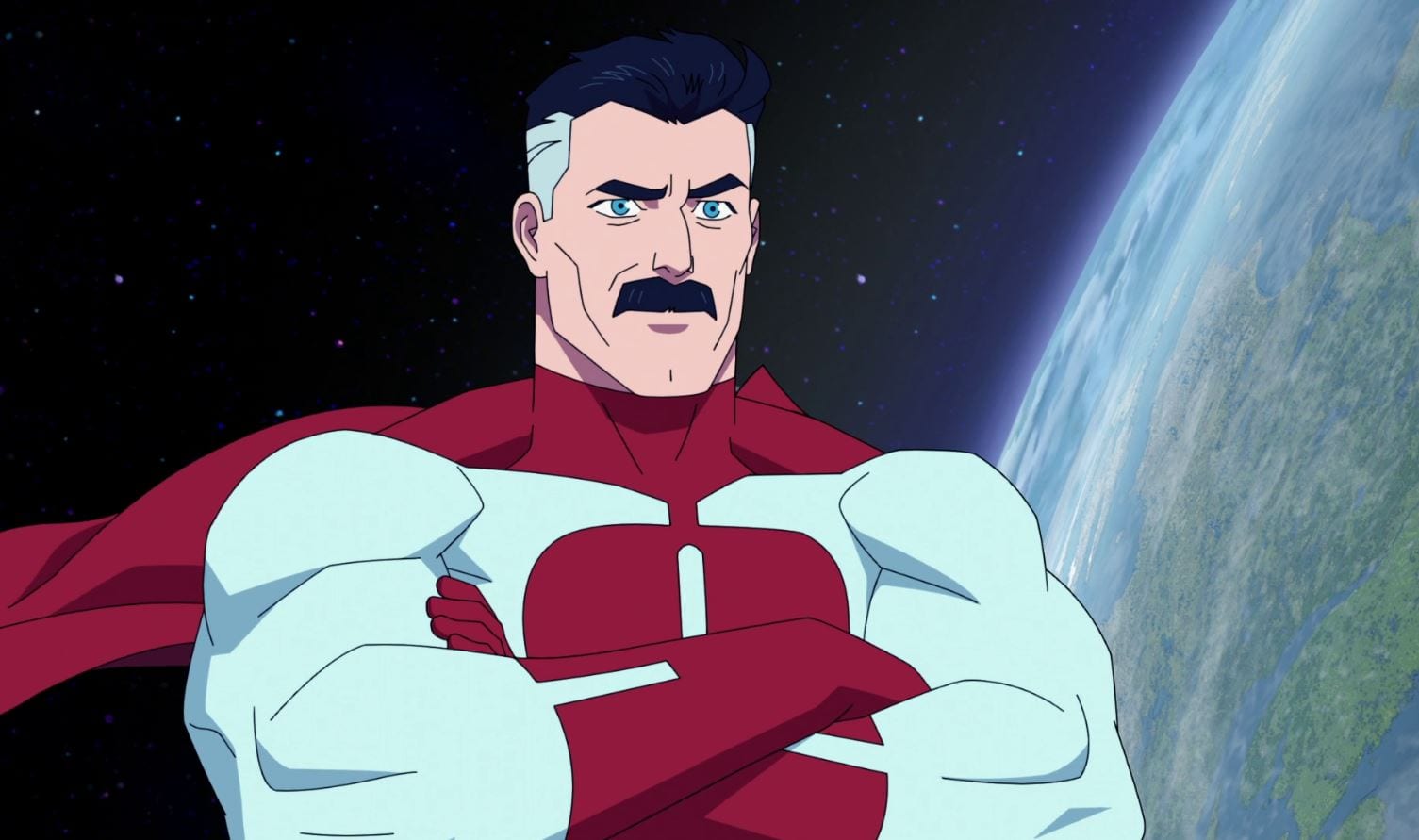 Where to Watch Invincible Episode 6?

As for Season 1, the show is scheduled to run for eight episodes. The remaining episode schedule is given below:

If Robert Kirkman’s words are to go for, there is just enough material for the show to last seven seasons.

Invincible Episode 5 saw Mark Grayson facing the biggest obstacle in his role as Invincible. He was brutally taken down by Battle Beast. This character was very iconic in the comic book series so him having some prominent role was very imminent. Battle Beast disemboweled the Guardians of the Globe thus leaving Invincible’s future in question. Surely, our titular hero would get back on his foot but only time will tell how. Grayson’s father, Omni-Man whose villainous side had started to come out, has been depicting it to be more evident. While his son was facing defeat at the hands of Battle Beast, Omni-Man chose against helping his son. This could potentially have a scope of furthering the storyline to a point where we could identify Omi-Man’s ulterior motives.