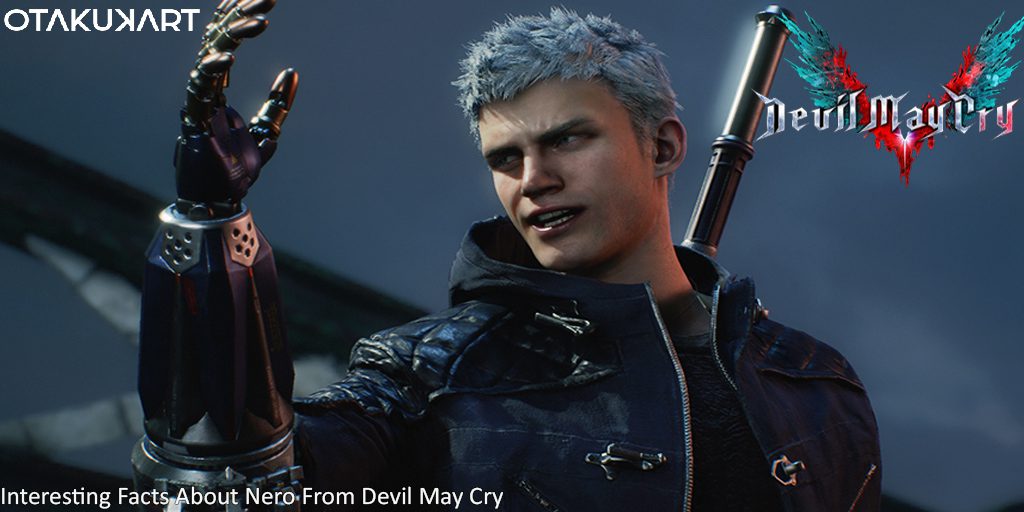 What are some interesting facts about Nero that many fans do not know? Is he as cool and BRash as Dante or calm and stoic as Vergil? Who is he really? In this blog, we will discuss some very little-known and interesting facts about Nero from the famous Devil May Cry franchise. Nero is a character introduced first to the players in Devil May Cry 4. In Devil May Cry 4, Nero is a holy knight of an order called Orders of the Swords. He is a serious and antisocial person. Nero becomes very impulsive and short-temper if people he cares about are involved in something bad.

In Devil May Cry 4, Nero witnesses Dante murdering the high priest of Order of the Sword, and at the same time devil army invade the city, where his love interest Kyrie gets involved. Nero fights Dante but gets power when overwhelmed by Dante. His demonic side comes in a form of Devil Bringer. Dante later tells the truth of Order of the Sword, whose main aim is to conquer the world. He defeats and prevents the order from achieving their goals. At the end of Devil May Cry 4, Dante gives Nero the Yamata, Katana of Vergil. He appears again as the playable character in Devil May Cry 5, where he gets more focus, and the player will learn more about his background.

Dante was to own Nero’s Devil Bringer Originally.

During the starting of Devil May Cry 4, Nero gets Devil Bringer while fighting Dante. But before Nero received this power, Dante was the original wielder for the Devil Bringer.

But before it could end up with Dante, the developers thought that Nero with Devil Bringer will stand out more and have some interesting characteristics from Dante and Vergil.

Johnny Yong Bosch voices Nero in Devil May Cry franchise. He has given voice to many characters in games, films, anime, etc. His notable roles are Ichigo Kurosaki in Bleach, Vash in Trigun, Giyu Tomioka in Demon Slayer, Nero in Devil May Cry, Yu Narukami in Persona 4, Hajime Hinata in Danganronpa 2, etc.

Among the various roles Bosch has given voice to, Nero from the Devil May Cry franchise is his favorite. The reason Bosch gives is that he connected with Nero the most while motion capturing and voicing. Nero’s role led him to travel to Japan, which is also one of the reasons.

The character designer, Tatsuya Yoshikawa, for the Devil May Cry 4 created many designs for Nero, and Devil Trigger was one of the designs in the game.

Yoshikawa designed a Devil Trigger for Nero where he will have a creature behind his back. Another design that Yoshikawa created was just like Dante, where Nero will transform into a devil, and has one of his eyes covered with a hood. Yoshikawa wanted one of these in the Devil May Cry 4 so that later it could be made into a figurine.

Nero Is The Son Of Vergil

Well, one thing that fans wanted to know from his first appearance in Devil May Cry 4 is Who really is Nero? It was known that Nero was a descendant of the Legendary swords-demon Sparda.

In Devil May Cry 5, Capcom finally confirmed that Nero is really a descendant of Sparda and the son of Vergil. Dante reveals this to Nero when Vergil returns with V and Urizen uniting together. And Vergil learns this himself during his fight with Dante.

Nero Came To Be Because Dante Was Too Overpowered and Cool

Capcom created Nero and introduced him in the Devil May Cry 4. They wanted something new with the sequel and Nero was the result.