What are some interesting facts about Evie Frye? Was she a great assassin? Who was she? In this blog, we will discuss some interesting facts about Evie Frye, the elder sibling in Frye Twins. Evie Frye is a member of Assassin Order in the Assassins Creed franchise introduced in Assassins Creed Syndicate. She is the elder of Frye Twins, Jacob Frye being the younger. She is the son of Ethan Frye and Cecily. Ethan Frye started training Evie in assassin ways during her early teens.

And unlike her brother, she took much interest in her father’s teaching and would often eavesdrop on her father’s activities and talk with another member of the Assassin Brotherhood. After her father’s death, she went to London to liberate it from Templars’ influence and to stop Crawford Starrick from getting a piece of Eden that will grant some otherworld and goldy powers. She met Henry Green and started looking for the clues for a Piece of Eden. During her search, she would often be interrupted by Lucy Thorne. She eventually killed her and found the location for the Shroud, but was a little late as Crawford also found and acquired it. Together with her sibling, she killed Crawford Starrick and hid the Piece of Eden. Queen Victoria knighted Twins and Henry for their works made them the Order of Sacred Garter.

Here are some of the interesting facts about the elder of Frye twins, Evie Frye. Beware that some of the facts presented below may be spoilers.

Evie Frye is More Stealthier Than Her Brother.

Evie Frye works as a true assassin work, she works quietly without letting anybody know about her existence. Jacob is far behind in the case of stealth, as he is more of a brawlish and directly approaches any situation, which can cause unnecessary problems.

During the Assassins Creed Syndicate, if players upgrade her completely, then she will become invisible during the combat and chasing scene.

Evie Had To Fix All The Problems Created By Her Brother

The elder sibling always has to watch out and deal with the problems caused by their younger siblings. Evie is not different in that aspect. In Assassin’s Creed Syndicate, while Evie is busy searching and locating the Piece of Eden, her brother deals with other important matters.

Dealing is another thing and cleaning up after that is another. When Jacob deals with all the members of Templars, he does not deal with the consequences like after killing twopenny, People of London faces inflation, and trust with the bank slowly decreases. Another cause is shortages of medicines, Evie deals, and fixes all these problems.

Edward Kenway, the Grandmaster of Assassin Order, lived during the Golden Age of Piracy, which was during the mid 17th century to early 18th century. But his legacy is felt in almost every game after that.

In Assassin’s Creed Syndicate, Evie visits his mansion to learn the location of Shroud of Eden, which Kenway had found during his travel. He later hid it somewhere and told no one. Inside the mansion, Evie deciphers the code through a piano and opens a secret vault. The vault contains some antiquities and the key for a vault.

She Married Henry Green And Went To India With Him

When Evie came to London with her brother, Henry Green is the first Assassin Order member she met. She closely works with him to locate the Shroud, and slowly they both grow closer. She went to the field with him suggesting physical relations.

During one of the missions, Henry gets kidnapped. Evie abandons the mission at hand to track Henry and escaped with him. She questioned this act later on as it had jeopardized the mission. But during the final confrontation Henry arrives to help the Twins in defeating Crawford Starrick. Evie liked this and finally confirmed that she wanted to be with Henry. Later Henry proposed Evie and they moved to India and got affiliated with the Indian Assassin Brotherhood.

She Killed Jack The Ripper

One of the most deadly serial killers of the 19th century, Jack the Ripper, appeared in Syndicate. Jacob asked Evie for help to stop the murders happening in the district of Whitechapel. 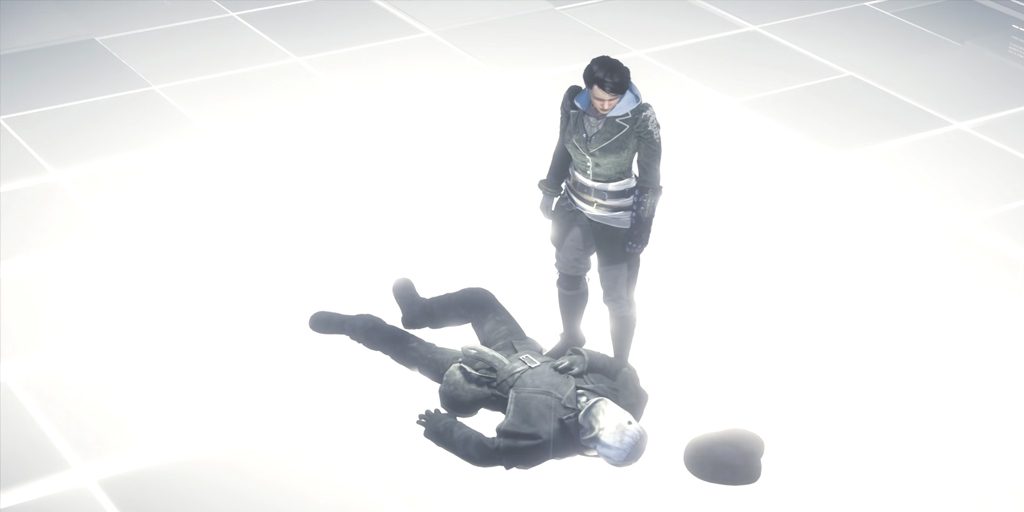 Evie learned that her twin had disappeared. She immediately started the search for the serial killer and learned that he is an assassin. She deduced and found the location of the Jack the Ripper and killed him. Evie asked the inspector Abberline to keep the fact that Jack was an assassin so that the faith in order stays and does not dwindle down.