Winter of 2020 released the first season of In/Spectre anime. The anime was quite a success, with several anime fans loving the concept and animation in it. In/Spectre is not simply a Shounen series about magic and monsters but also a story about love and romance. This makes it quite different from generic anime series. In/Spectre became an amazing addition, and after the conclusion of the 12 episodes of season 1, people were naturally asking for another season. After the anime’s release in Winter 2020, the creators have announced the anime’s renewal. Season 2 of In/Spectre has not only been announced but a new PV of In/Spectre season 2 has also been released. Fans of the show are completely hyped up and anticipating the anime’s release.

In/Spectre was adapted from a Japanese novel titled Kyokō Suiri (虚構推理). It is A supernatural thriller written by Kyo Shirodaira and illustrated by Hiro Kyohara and Chasiba Katase (from volume 2). The novel was published by Kodansha under the Kodansha Novels imprint for the first Volume. However, volumes 2, 3, and 4 were published under the Kodansha Taiga imprint. In/Spectre was launched in 2011 and has since been ongoing. The novel received a lot of attention from its fans within Japan and even those overseas which led to the development of the anime adaptation. Due to popular demand, the anime is returning for In/Spectre season 2, and here is all that we know about.

In/Spectre comes in as a big surprise as there are little to no spoilers about the anime’s future. This is because, despite the novel’s popularity, not many people outside of Japan have read the novel. The story of In/Spectre revolves around Kotoko Iwanaga, the Goddess of Wisdom, and Kuroo Sakuragawa, a human, turned Youkai after devouring two different types of yōkai meat. An encounter between the two brings them a bunch of new adventures filled with thrill, mystery, and a lot of love.

Season 2 of In/Spectre will continue from where it left off. After the long wait of several episodes, Kuroo and Kotoko finally get together. Not only do they start dating, but they also get rid of Saki. However, their journey is far from being over. Another threat, Rikka Sakuragawa, is lurking in the shadows. It will be quite interesting to know how the character will pose problems ahead in the story and how our lovely couple will tackle them. While they look for Kuroo’s cousin, they will encounter more mysterious cases, one revolving around an apartment with several suicides. In/Spectre season 2 will have yet another juicy plot that fabs should definitely look forward to.

It’s been a long time since the anime began production. Earlier in November 2020, it was announced that the anime would receive a second season. This was both surprising and news worth rejoicing. Although a specific date for the anime’s release has not been updated, it has been confirmed that In/Spectre season 2 will air sometime in 2022. It has been a year since the anime’s announcement. Given a long time, we expect the second season of the anime to air by late Winter of 2022 or early Spring of the same year. For more details, you can check their official website.

Along with the announcement of the release year, the creators also updated its fans with a visual teaser featuring our main couple, Kotoko Iwanaga and Kuroo Sakuragawa. 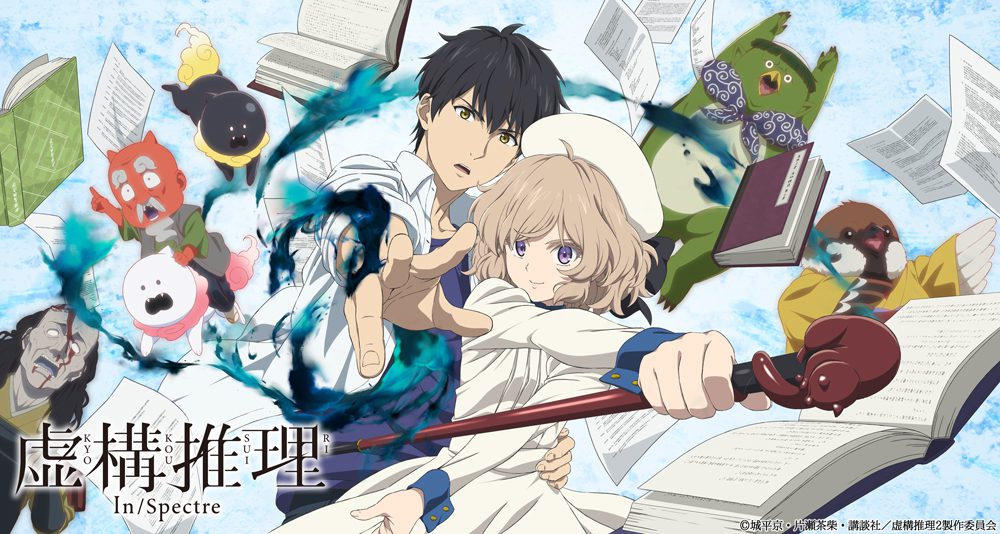 Also Read: When Did Kakashi Become A Jounin? The Story Of A Skilled Shinobi Hatake Kakashi

On 6 November 2021, the creators finally released the first Promotional Video of the anime. The video also confirms the return of Kitou Akari and Mamoru Miyano as the voices of the main characters.

Most cast from the first season will resume their roles from the first season. It has been announced that most staff members are returning for the production of season 2 of In/Spectre. However, Kentarou Matsumoto will be replacing Takatoshi Honda as character designer and chief animation director.

Where to Watch In/Spectre Season 1?

Season 1 of In/Spectre was licensed by multiple platforms for their international viewers. It is currently streaming on Crunchyroll, Viz Media, and Muse Communication.