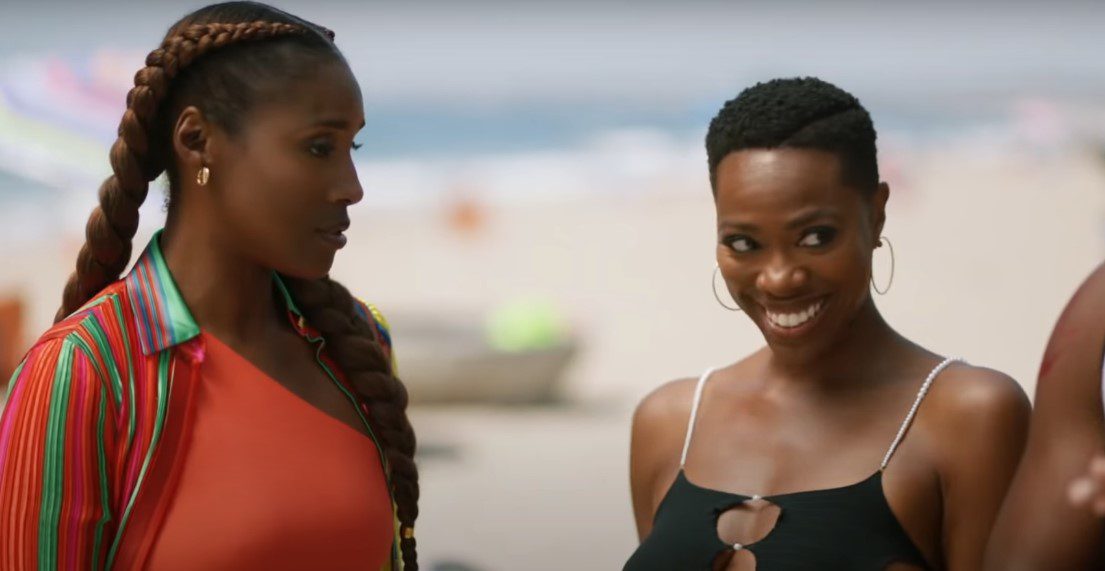 Lawrence and Issa had their last discussion before a short time of no contact. Lawrence becomes preoccupied with his own life, which is flying to new heights both professionally and romantically. He’s on a blind date. But his evening is cut short halfway through by an important call that forces him to leave the location. And previously the most potent moments in Molly and Issa’s long-standing connection. Their minor spat in season 4 is forgotten now that they’re back reunited. Falling asleep on the sofa and spilling the tea! Aside from it, Issa’s job life becomes frantic as she discovers a new customer. This is Insecure season 5 episode 4 on Otakukart.

The fifth and final season of “Insecure,” a comedy-drama developed by Issa Rae as well as Larry Wilmore and starring Rae, is now airing. Issa Dee (Rae) and Molly Carter (Yvonne Orji). Two Women of color and best buddies based in Los Angeles are followed as they negotiate their personal and professional lives. The conclusion of Season 4, which was broadcast in June 2020, sprung a shock on fans. Just as Issa and Lawrence Walker (Jay Ellis) reconciled after their breakup in Season 1, Lawrence’s ex, Condola Hayes (Christina Elmore), announces her pregnancy. Not just that, but she intends to retain the child. The revelation derailed Issa and Lawrence’s preparations for a long-distance romance since Lawrence had just accepted a job in San Francisco.

Insecure season 5 episode 4 will release on November 14, 2021, at 10:00 PM Eastern Time, United States, on HBO. Firstly, each episode has a variable run time between 27 and 31 minutes. Secondly, this fifth season of this popular black dramedy consists of ten episodes. Thirdly, every new episode airs weekly on Sundays. Lastly, the program was developed by Larry Wilmore and Issa Rae based closely on a web series called “Awkward Black Girl”. In the next section, we share with you details on where to watch this great dramedy. 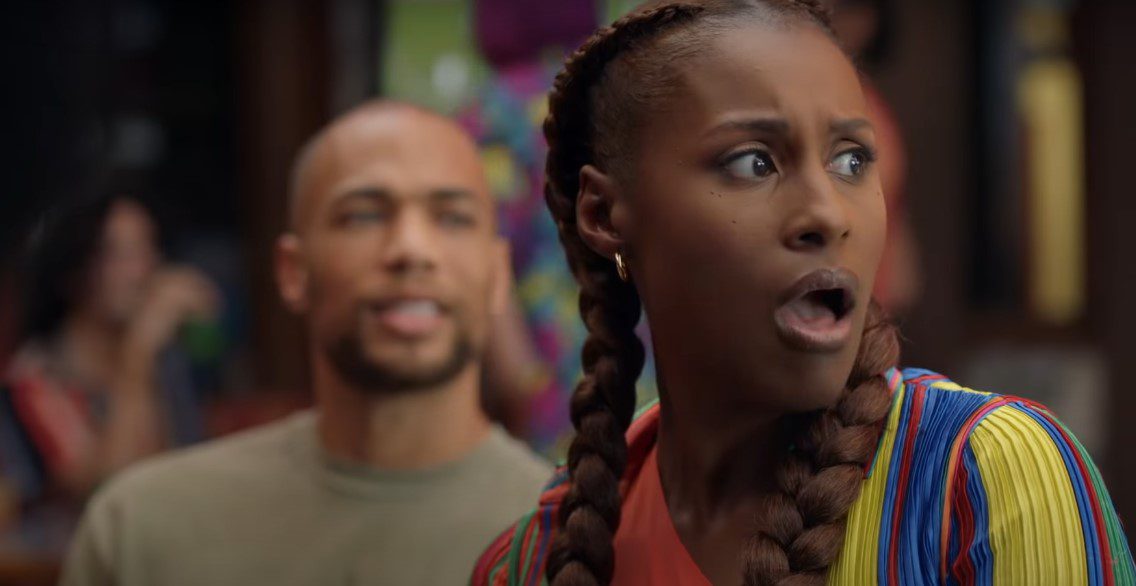 Where to watch Insecure season 5?

If you want to watch Insecure season 5 and missed the airtime on Sundays at HBO, no worries. We got you covered. There are a couple of options online. Firstly, you can watch this show on the HBO Max website. Furthermore, HBO Max gets you not only Insecure but the entire catalog of HBO, which comprises countless movies, documentaries, series, concerts, and exclusive material. Also, Hulu offers HBO Max as an add-on for an extra price on top of their basic subscription. Other places to stream this show are Amazon Prime Video, Vudu, Google Play, Itunes, and the Microsoft Store.

The third episode of the season, titled ‘Pressure, Okay?!,’ begins with Lawrence parting ways with Issa, followed by a time jump. The scene shifts to San Francisco a few months later, where Lawrence is excelling at his new job. His love life has substantially improved, but his night out with a lovely young girl is cut short by a phone call from Condola. He has no option but to go to Los Angeles since she has just given birth to their newborn son. Lastly, Condola chooses a name for her and Lawrence’s kid in the hospital. Lawrence loves his first name, Elijah, but he laughs when she announces the baby’s second name will be Mustafa.

Lawrence complains to Chad about Condola’s family’s dismissive attitude toward him but vows to return to Los Angeles for Elijah’s doctor’s visit. Condola, on the other hand, ends up organizing the baby’s baptism without Lawrence’s knowledge. Later, during the wedding, she becomes terrified when he expresses his wish to bring Elijah to his home. As a result, Condola clearly does not trust her child’s father. Condola is aware that Lawrence’s daily life consists mostly of sex and partying, while she is overburdened with duties. However, on his return journey to San Francisco, the aircraft undergoes tremendous turbulence, and Lawrence stares out the window at a dazzling full moon, which reminds him of Issa. Given how they split up a few months ago, he doesn’t dial her phone and instead contacts Condola to reassure her that he is here for the baby.

Episode four of season 5, titled ‘Faulty, Okay?!,’ might mark the beginning of a new chapter in Lawrence’s life. For the previous four years, we’ve known him as someone who has been striving to get his life in order. He became a full-time party guy after gaining professional success. Even his separation with Issa has changed him in a variety of ways. The entrance of Elijah, on the other hand, is likely to shift the game. Lawrence may become a devoted parent, as shown at the conclusion of the third episode of the current season.