Infinite is an American science fiction thriller directed by Antoine Fuqua. In this article, we will explain Otakukart reader’s Infinite ending and review. Antoine Fuqua’s latest production for Paramount Pictures features Mark Wahlberg and Chiwetel Ejiofor. The film, initially scheduled to premiere in August 2020, got hit by the COVID-19 pandemic and saw its debut delayed as cinema theatres were closed. The film had to be released on Paramount’s streaming platform Paramount+. It aired for the first time yesterday, June 10, 2021.

In Infinite, the main character Evan McAuley has a set of memories and skills that he never had nor learned. He gets in touch with a shady group called ‘the Infinites’. The Infinites tell McCauley all about his skills and memories and warn him that they may be real and from multiple past lives. Evan McCauley must then go through several quests as the film’s plot unravels to find out about his past and save the human species by fighting the villain.

Infinite is a science fiction action fantasy film directed by Antoine Fuqua about a breakaway human group known as “the Infinites”, these people have the uncanny ability to reincarnate throughout history with all of their memories from their previous lives intact. Evan teams up with another group of infinite known as the Believers in order to prevent the Nihilists, led by the maniacal Bathurst (Chiwetel Ejiofor), from annihilating the entire world.

By the end of the movie, Bathurst took over the Believers’ hidden base, called “The Hub.” He then used the power sources from Heinrich Treadway (Dylan O’Brien), who played Evan McCauley in another lifetime, to power his doomsday weapon, an artifact called “the Egg.”; as part of their attack on Artisan’s safe house, the Nihilists shot Evan in the head with a “Dethroner”, which is a kind of supergun that can fire special bullets which removes the soul out of an Infinite, preventing them from reincarnating in another life.

Evan, on the other hand, survived and traveled to Bathurst’s estate in Scotland with his ally Nora Brightman (played by Sophie Cookson). Bathurst was, at last, ready to complete his goal of world domination to rid himself of the “curse” of perpetual reincarnation, now that the powerful novelty artifact, called the Egg, had been completed. With the fate of the world and the lives of all Infinites on the line, it culminated in an action-packed showdown between Believers Evan and Nora and Bathurst and his Nihilist henchwoman, Agent Shin (Wallis Day).

Infinite develops an interesting story arc that leaves many things up for grabs, as well as some intriguing ideas about what it would mean for someone to reincarnate into a new body while maintaining their memories. Below you will read a small breakdown of Infinite’s ending and how it sets the stage for a sequel and the expansive world that the fantasy film introduced.

Bathurst’s initial plan was to take a plane from his estate to Glasgow to blow up the Egg, which will then turn around the world and accelerate as more and more people died due to the blast. Bathurst was so insane that, despite the fact that killing every human would achieve his dream of leaving no one for an Infinite to reincarnate into, he still desired the extinction of all life on Earth. 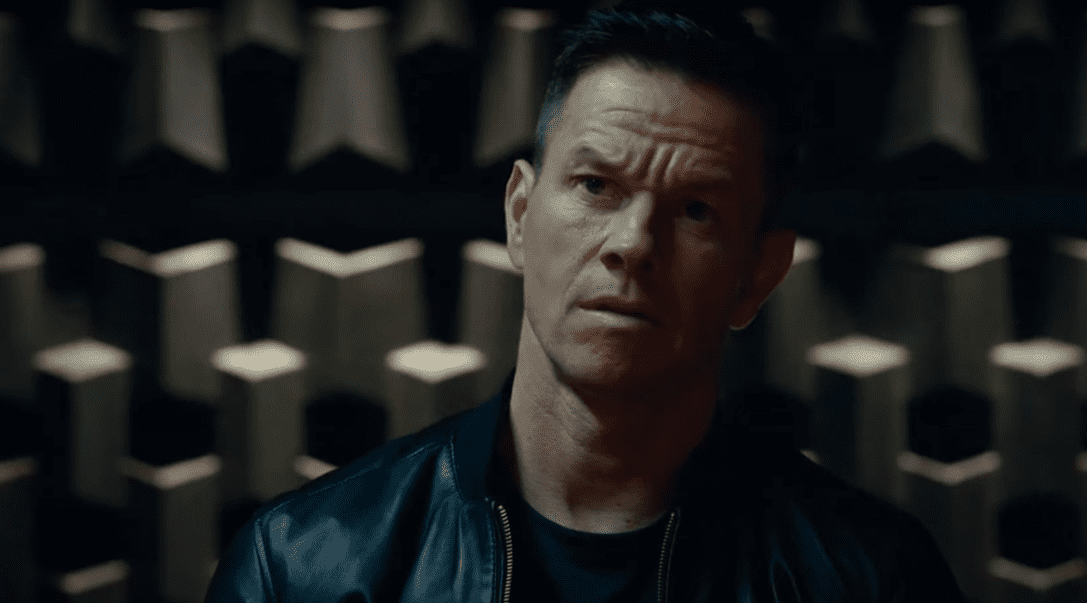 While riding his motorcycle off a cliff, Evan managed to land on the wings of Bathurst’s plane, where he was able to protect himself by wielding his samurai sword to keep from being blown off the plane. Evan was able to unlock all of his memories, including Heinrich Treadway’s, and he did so because of Artisan’s memory tank. Evan survived Bathurst’s Dethroner headshot because he had a steel plate in his head from a car accident he had experienced in his youth.

Now that he had complete access to Treadway’s memories, Evan was able to download the supernatural abilities that Treadway had mastered, including the ability to manipulate the environment around him in ways that defied physics. McCauley was able to walk on the wing of the plane without being blown off, and he boarded the plane to fight Bathurst on the ground. Now that Evan had transformed into Treadway, he was also able to slash Bathurst’s bullets with his sword while they were still in mid-air.

The aircraft was damaged due to the battle between Evan and Bathurst, and the Egg was blasted out of the airplane. Evan was able to disarm the device after both Infinites jumped after it and fought in mid-air. To finish Bathurst, Evan cut him with his katana sword, took the Dethroner, and shot him in the head, effectively killing the villain and preventing his reincarnation.

Evan did not survive the fall into the ocean. Evan died in a heroic manner, saving the world and putting an end to Bathurst’s plans. While Evan was putting a stop to Bathurst’s plans, Nora was tasked with removing the wall of Infinite souls that Bathurst had set up. As a result of Bathurst’s untold years of shooting Believers with his Dethroner, the souls of each person he killed with his special bullets were uploaded into a microcomputer that the villain displayed on a wall on his estate in Scotland. In the wall was the soul of Abel Trask (Tom Hughes), who has been Nora’s lover throughout all of their incarnations together.

Read Also:  What to expect from Younger Season 7 Episode 1 on Paramount +

Fortunately, all it took to free the hundreds of Infinite souls that Bathurst had gathered was the use of explosives to demolish the wall he built. When they finally arrived at Bathurst’s mansion, Nora was mortally wounded, so she ordered Artisan to leave while she remained behind to blow up the wall and free the Infinites’ souls. Nora perished in the explosion, and she was happy knowing that she and Abel would be reunited in their next lives. Furthermore, because Bathurst was shot with the Dethroner by Evan, the villain may be the only Infinite who is now permanently dead, as Nora destroyed his soul storage unit, and there was no surviving microchip into which Bathurst’s soul could be transferred.

Nora and Abel’s love story carried on, and the reincarnated man and woman were reunited once more in “the Beginning,” which refers to Angkor Wat in Cambodia, where they had previously met. However, even though the reborn Nora and Abel appeared to be teenagers, they retained their memories and recognized one another immediately despite having different bodies.