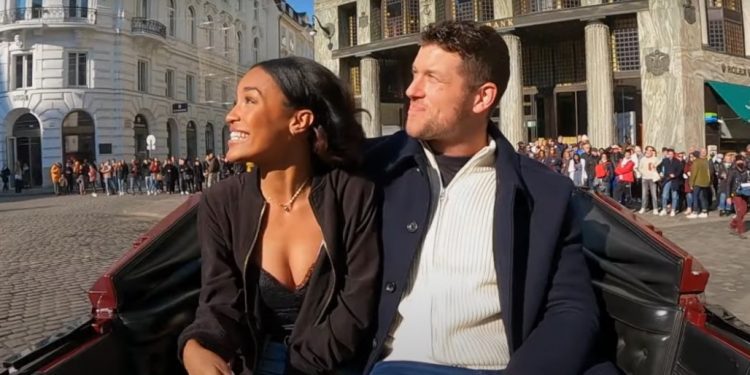 In The Bachelor Season 26 Episode 3, we will see how Clayton deals with the fallout after his controversial decision to take back a rose from one of the contestants after he changes his mind. If you’re not familiar with this long-running reality television show, let’s unpack it briefly for you. In every season, a handsome young bachelor meets a group of women on a set of dates in order to seek the love of his life.

Across the season, he has a “rose ceremony” where he presents a rose to the women he wishes to continue dating that pick his interests. Moreover, this season’s Bachelor is Clayton Echard. He’s a former football player and current American sales representative that even participated in The Bachelorette season 18. Now without any further ado, let’s begin taking a look at this show here at Otakukart.

Clayton is ecstatic the day after the first Rose Ceremony because so much has happened in such a short period of time, and he is ready to embark on his quest to find his soulmate. When Jesse visits the women, he introduces himself as The Bachelor’s host and gives them the first date card. “This is what dreams are made of,” says Teddi, Ency, Melina, Gabby, Kira, Sierra, Genevieve, Serene, Cassidy.

Clayton takes the ladies to a Beverly Hills mansion where children are bouncing in a bouncy castle outside. Hilary Duff apologizes to the children, claiming that they are sugar-addicted. After that, Hilary is introduced to the women by Clayton. Hilary describes herself as a “Bachelor super fan” who is “overjoyed” to be there. It’s Mia’s birthday, and they want to throw her the party of her dreams. Hilary needs the women’s help setting up so that the kids have the best day possible.

The women were given different tasks; Gabby and Cassidy were given the task of building a dollhouse, which Gabby is doing on her own while Cassidy sits and enjoys a cold drink, oblivious to the fact that she is there to date Clayton. Cassidy fetches Clayton and leads him over to the pool, where they sit with their feet in the water. Cassidy exudes confidence and tells him that she adores him and that she has no intention of leaving him. She leans in close to him and begins kissing him by the pool. Melena does an amazing job as a clown interacting with the kids; everyone appears to be interacting with the kids – except Cassidy, who goes over to Hilary and tells her that she has a good connection with Clayton.

Meanwhile, Hilary claims that she understands exactly what Cassidy is doing and that she has her sights set on the prize, but that she does not believe she will make any friends there as a result of her actions. Cassidy comes out with the cake and is having a good time with it when she drops it. Genevieve has a sad expression on her face; she made it and wanted it to be special for Maya. Cassidy and Clayton return to the pool after the kids have left and begin making out again. Cassidy considers the day to be a success because she enjoyed talking to Hilary and making out with Clayton twice.

Where to Watch The Bachelor?

If you want to watch the Bachelor, simply tune in to ABC during its airtime. Alternatively, you can watch this show online via the ABC website or its app. Moreover, the show is available on a wide variety of platforms like Hulu, HBO Max, the Discovery Plus add-on on Amazon Prime Video, DirecTV, the Discovery Plus standalone platform, SPectrum, the Microsoft Store, Vudu, Apple TV, and Google Play.

The Bachelor Season 26 Episode 3 will release on January 24, 2022, at 22:00 hrs on ABC. Firstly, the show drops new chapters every Monday. We don’t know how many episodes will this season have yet. Secondly, every new episode lasts around 45 minutes run time. With this, we conclude our coverage of The Bachelor here at Otakukart. Thanks for reading our scoop, and please keep coming back to our website to stay on the loop for series, shows, and movies.