I Promised You The Moon

I Promised You The Moon is a Thai drama released on 27th May 2021. It is the second part of the series, with the first one released in the year 2020. The first part, “I told the Sunset about you” was released in 2020. It received an enormous response from the audience and was highly appreciated. As a result, the second part was highly anticipated. The series is based on the life story of two best friends Teh and Oh-aew. These two young teenage boys explore the mysteries of love, friendship, and anger as they move ahead in their lives.

The series is directed by Naruebet Kuno and Tossaphon Riantong. “I Promised You The Moon” stars Putthipong “Billkin” Assaratanakul and Krit “PP” Amnuaydechkorn in lead roles. It is a romantic drama revolving around teenage boys. Likewise, it depicts the important role of jealousy in one’s life. The series has got many names. Some of them are BKPP The Series and I Told Sunset About You 2. Likewise, it is known as Interpret My Love With Your Heart Part 2 and Bplae Rak Chan Duay Jai Ter Part 2. 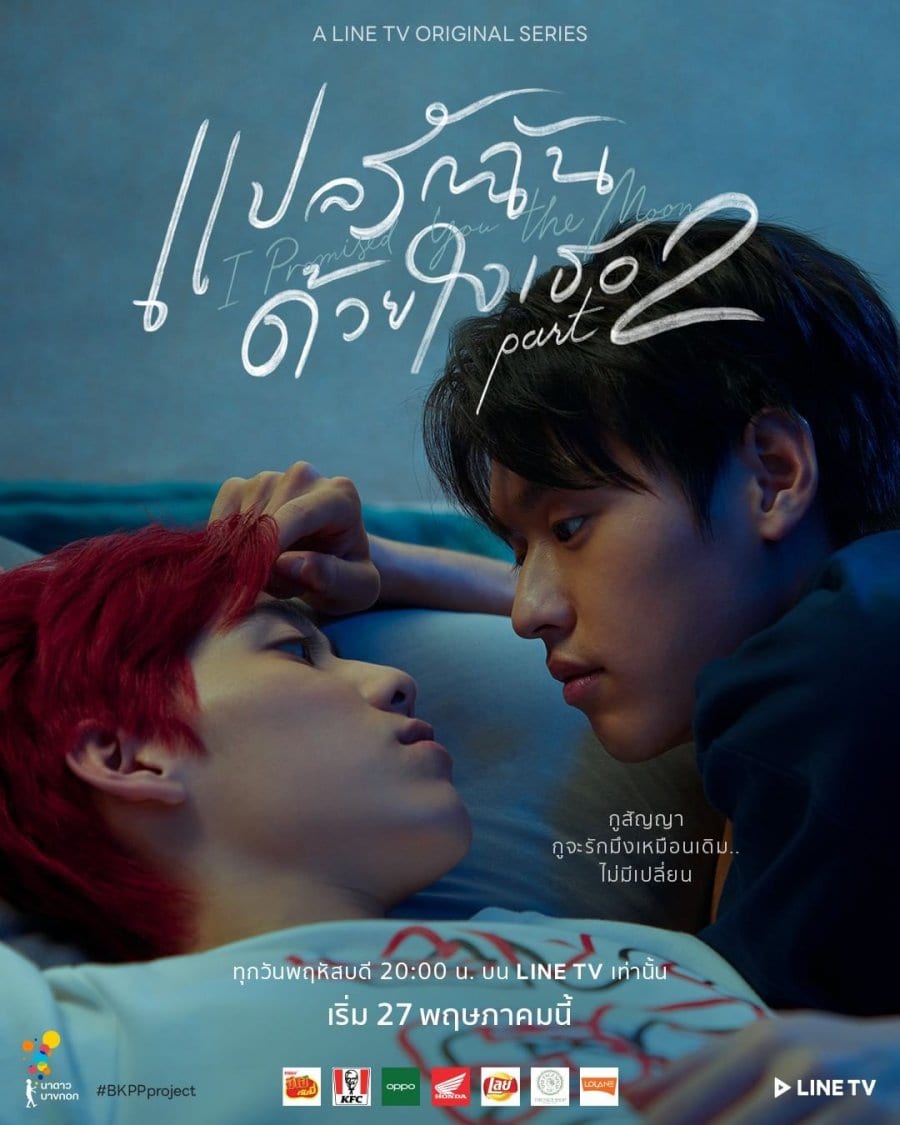 I Promised You The Moon will showcase Teh and Oh-aew’s lives in their universities. It will depict how they adjust to their lives in Bangkok as they enter into a new university and a new life. The best friends will indulge in different lifestyles and interests. Likewise, each of them will tend to make new friends. As a result, they will grow apart. The series will thus find an answer to the question- Will they still be the same at heart for each other?

I Promised You The Moon Episode 1 recap.

The first episode of “I Promised You The Moon” was released on 27th May 2021. It will air weekly every Thursday till 24th June 2021. The first episode was the ice-breaking sequel of “I Told The Sunset About You”. It briefly showed Teh being busy with his play practices. He got enrolled at the Drama Club at the University. As a result, he was forced to skip his meetings with Oh-aew. Instead, he spent his evenings at the practice sessions. He apologizes to Oh-aew for not being able to keep his promise. Meanwhile, he decides to deal with it after the play ends. 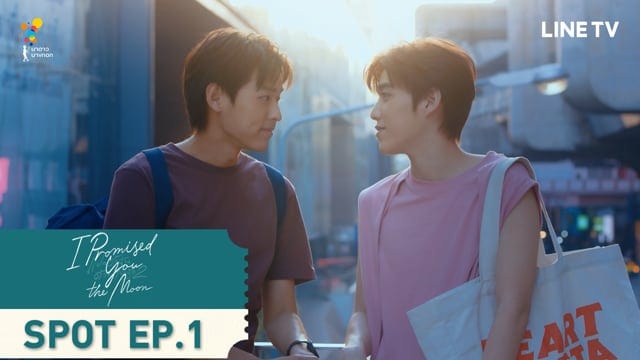 a still from the first episode

On the other hand, Oh-aew feels the emptiness in the big city. He is alone in Bangkok with no friends around. The only friend he has is Teh, who seems to be busy in his Drama clubs and new friends. Although Teh is experiencing the pressure of traffic in the big city and no time for his own self, his absence is deeply affecting Oh-aew. The latter has got plenty of time for himself. Therefore, the first episode reflected upon the problems the young lead has to face in their day-to-day life. They have got no time to spend together, which is somewhere affecting both of them but at different intensities.

I Promised You The Moon Episode 2

The second episode of “I Promised You The Moon” is scheduled for 3rd June 2021. It is airing in Thailand on the Line TV Network. Whereas the show is available for the international audience on Vimeo. The first episode was of 1 hour and 5 mins in duration. Likewise, episode 2 is expected to be around 60 mins or more. The second episode is expected to show the chaos being created in Teh’s life. Also, it will show the increase in problems and misunderstandings between Teh and Oh-aew due to the lack of communication. 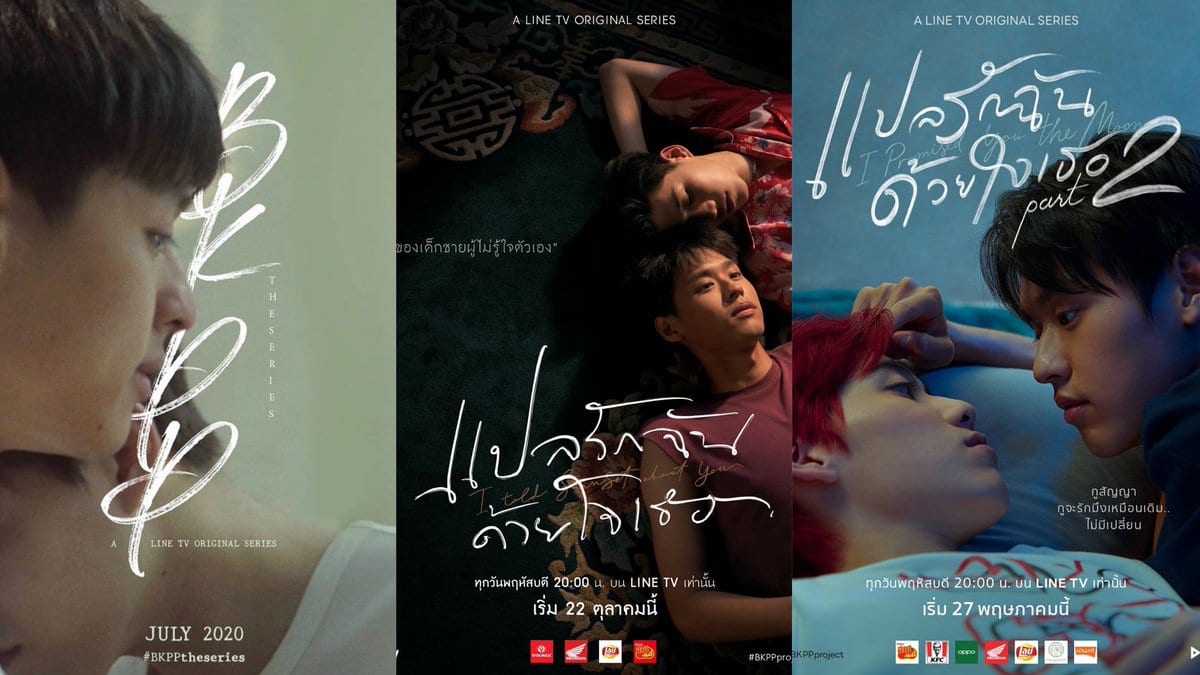 Cast, Crew, and Production of I Promised You The Moon 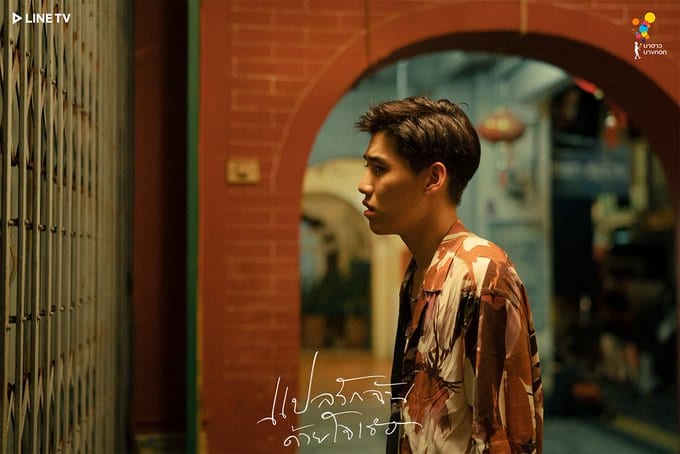 a still from “I Told Sunset About You”

The main cast of the second series met on 8th December 2020 for the reading session. Later, they joined the acting workshops together during the pre-production. The show’s production started in mid-December. It halted for a while in January due to the Covid-19 restrictions. It resumed in February, with some parts being shot in April 2021.

Also Read: How To Watch Doom At Your Service Online?