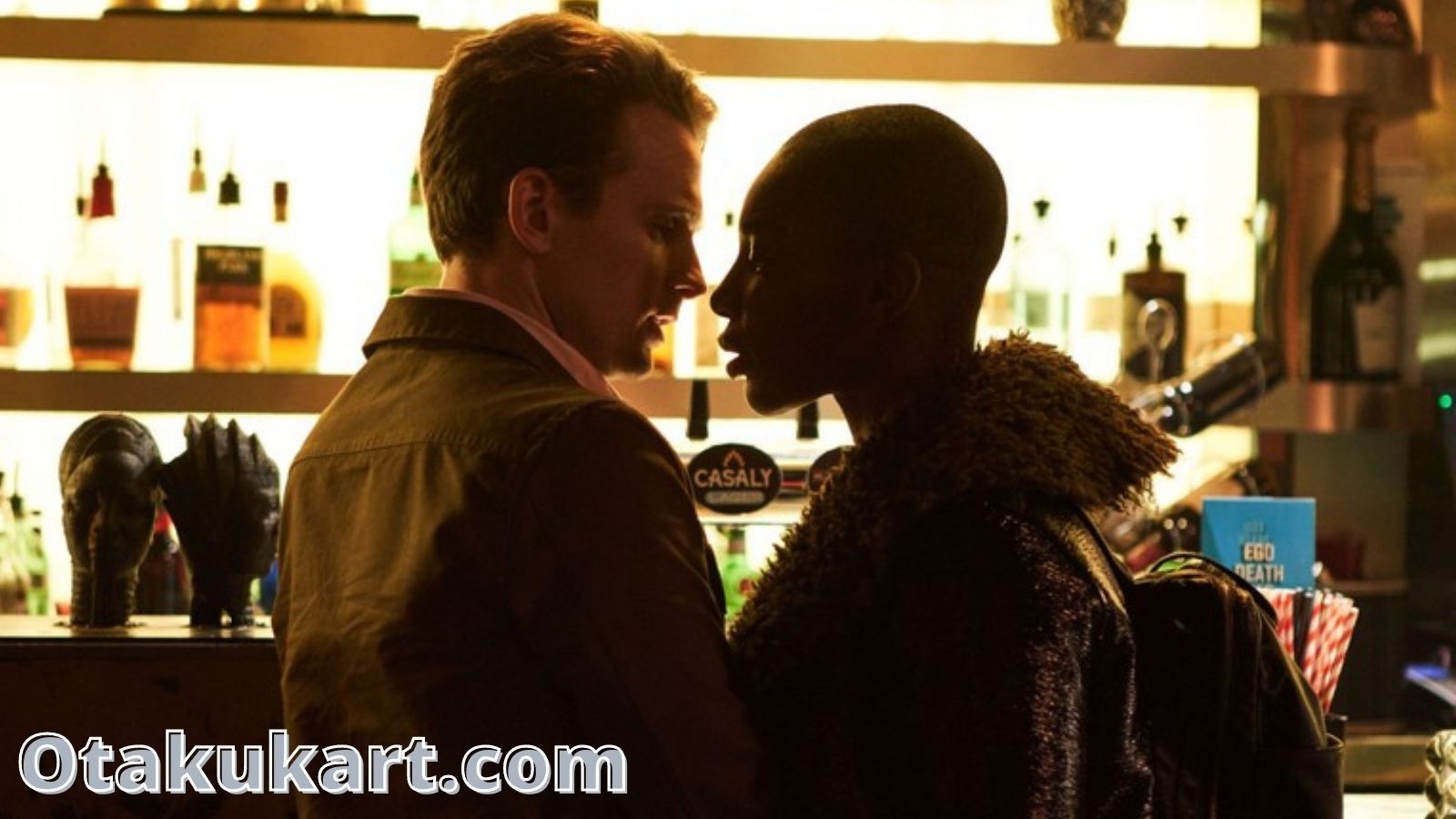 ‘I May Destroy You’ Ending Explained! I May Destroy You is a British television comedy-drama series created and written by English actor Michaela Cole. It is also co-directed and executive produced by Cole. The BBC and HBO television series starred Coel as Arabella, a young writer who struggled to overcome her ordeal following a rape. BBC One premiered the 12-part series on June 8, 2020, while HBO premiered it on June 7, 2020.

However, the finale episode of I May Destroy You left many viewers perplexed, as the flashback scene was shown three times, each time with a slightly different circumstance. The final chapter, titled Ego Death, details Arabella’s recollections of her attacker and rapist, David. Arabella runs into David at the same bar where her drink was spiked on the show previously. Thus, let us examine the conclusion to I May Destroy You.

‘I May Destroy You’ Ending Explained

Towards the beginning of the episode, Arabella and Terry (Weruche Opia) witness the return to the scene of the crime of the man who raped her (“Patrick” aka David, played by Lewis Reeves). Events loop back twice to when Arabella and Ben (Stephen Wright) are sitting on their balcony, resulting in four parallel timelines, despite the fact that what follows appears to be what happened in the present.

Timeline 1: I May Destroy You ‘Anger Ending’

All Arabella wants to do when she first meets Terry in the Ego Death toilets is hurt the man who has hurt her, which leads to her murdering him.

Arabella enlists the help of Terry and Theo (Harriet Webb) to carry out Arabella’s plan. She begins flirting with the man in order to entice him to try to spike her once more. Arabella effects drinking a spiked drink and pretending to be drugged, while Theo watches to see where he keeps these date rape drugs in order to steal them. 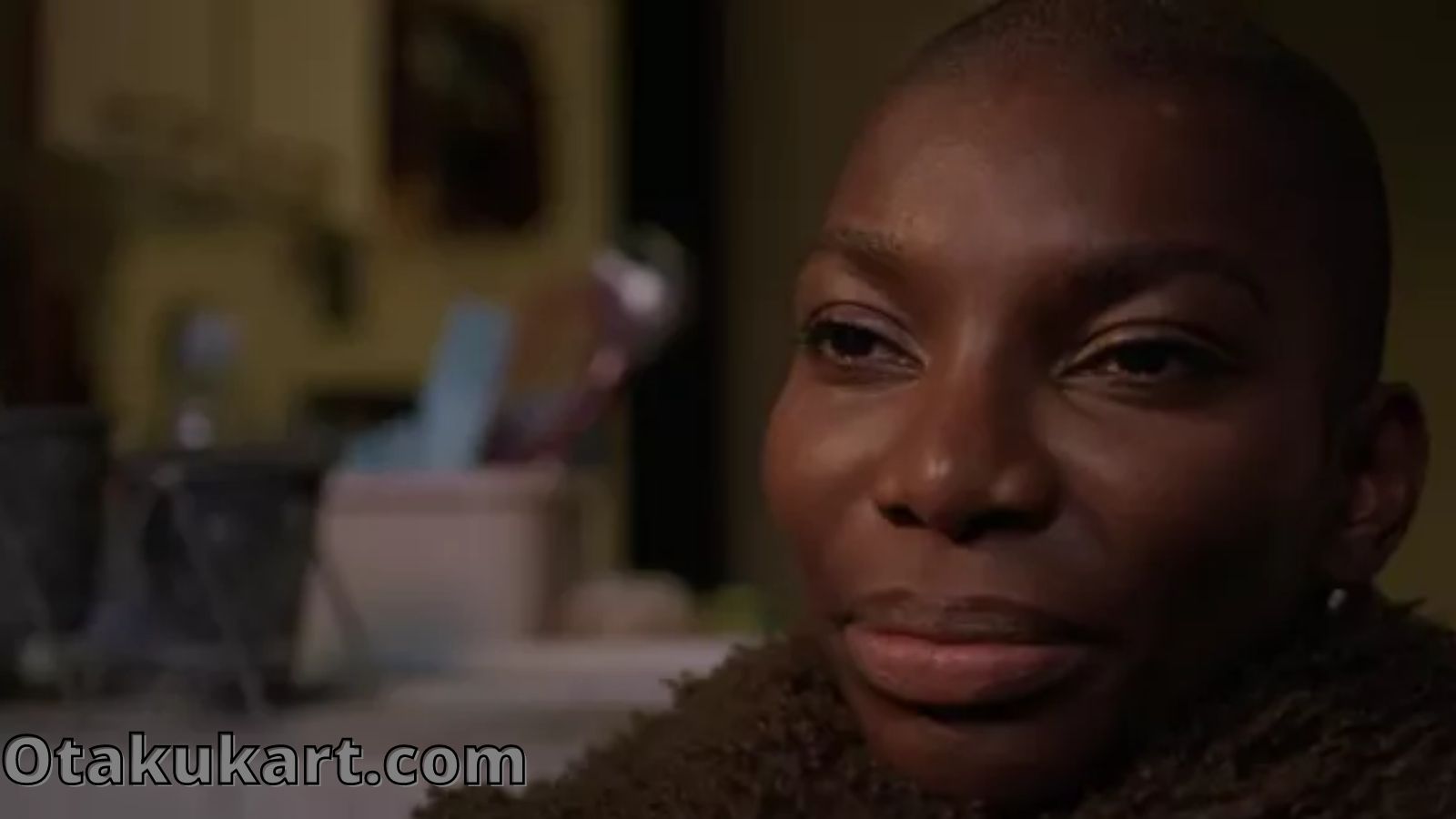 The sedative substance is loaded into a syringe by Theo. Meanwhile, David drags Arabella into the restrooms, where she admits to lying, and Theo stabs him in the ankle with the drug-laced syringe. When David attempts to flee with Arabella’s underwear (i.e., evidence of their crimes), the trio is compelled to track him down and apprehend him.

Arabella returns her underwear to him after he collapses in the street. She, on the other hand, can’t stop herself from looking at his penis as a form of retaliation. When he awakens, Theo begins to choke him while Arabella beats him to death. Arabella hides her crime by taking him on the bus and hiding him under her bed, then writing the book’s ending on a blood-stained note as his blood seeps out from under her bed.

Timeline 2: I May Destroy You ‘Reconciliation Ending’

Of course, the previous timeline returns Arabella to her home, where we see her and Ben outside before she goes to the Ego Death bar.

Arabella is required to perform spiked once more, but this time she begins by ingesting cocaine to counteract the sedative effects of the date rape drug. Arabella tries to confront David in the toilets again, and David calls her a “silly little princess” for daring to do so. He then has a nervous breakdown and begins sobbing in her arms. Meanwhile, Terry has summoned the cops, who arrive but fail to locate Arabella and David.

This is because Arabella has brought David home, where she discovers he was previously imprisoned for rape. When the cops arrive at her house, Arabella hugs him and comforts him as he sobs. He is eventually apprehended by the police, and Arabella rewrites what happened on her book plan. 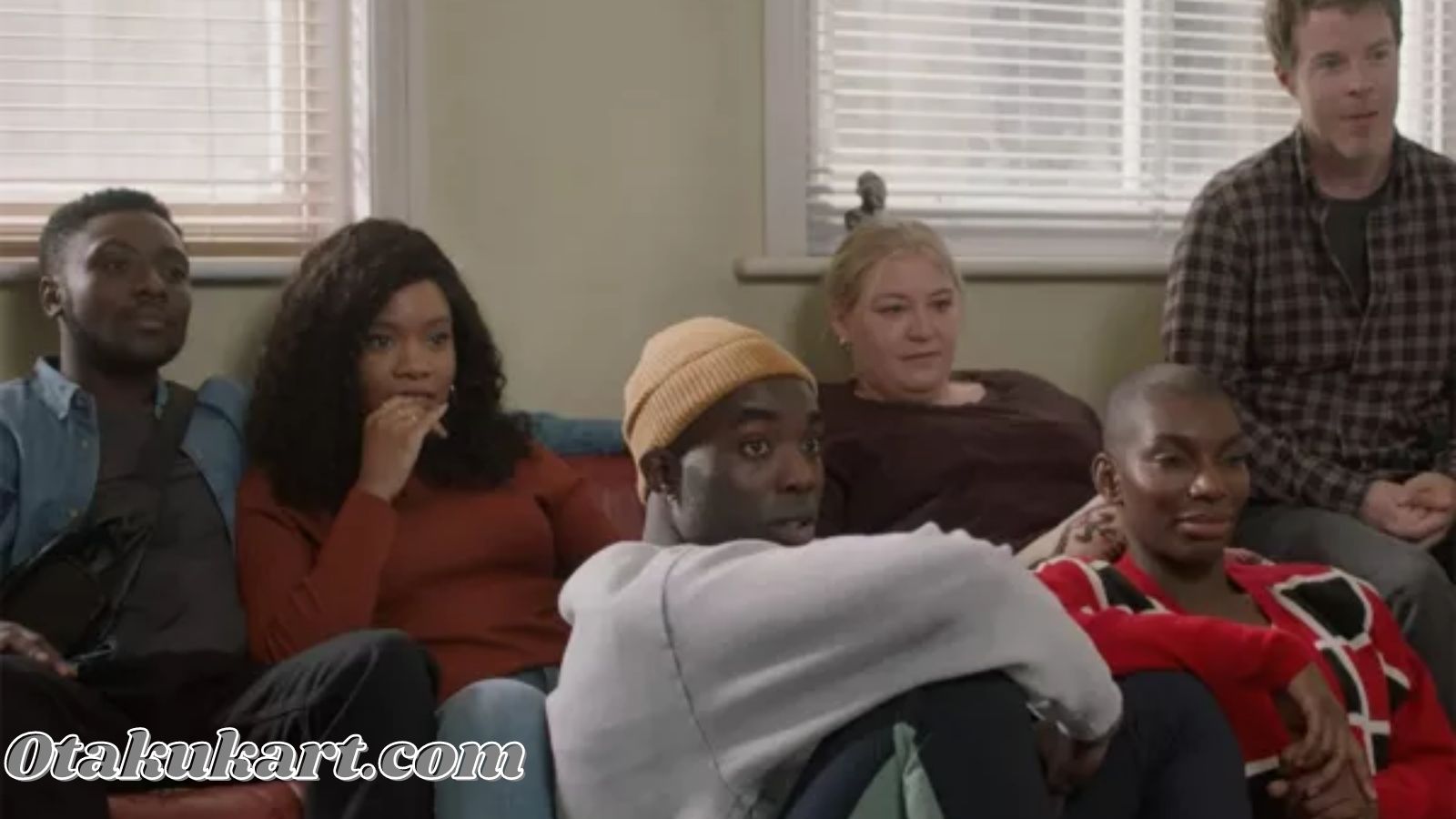 The pair returns to the bar, which is now deserted except for “Patrick” and his henchman. Arabella purchases a drink for him and then whispers a message in his ear. They have sex in the toilet, followed by sex in her room, where Arabella is the dominant participant.

They awake in bed together the next morning, and Arabella orders him to leave. He exits naked, taking with him the bloodied version of himself that was hiding beneath her bed. This time, Arabella deftly removes several notes from her book from the wall.

Also read: Prey (2021) Ending Explained: Why did Eva jump off the Cliff?

The final loop in I May Destroy You appears to be the most “real” in terms of events, as Arabella simply abandons her quest for vengeance and/or understanding. When Ben asks if she wants to go out this time, she declines and says she’ll never go back to the bar. Time passes as she hugs Ben (possibly the show’s only non-problematic male character).

Arabella finishes her book, which she dedicates to Terry, and the show concludes with the main cast watching Terry’s ad on TV before Arabella gives a reading at a bookstore, where the title of her book is revealed to be ‘January 22nd,’ and it was self-published.

Arabella smiles as she walks into the sea in Italy, the show’s final shot. The character may not have received the justice she desired, but she has reclaimed her life. 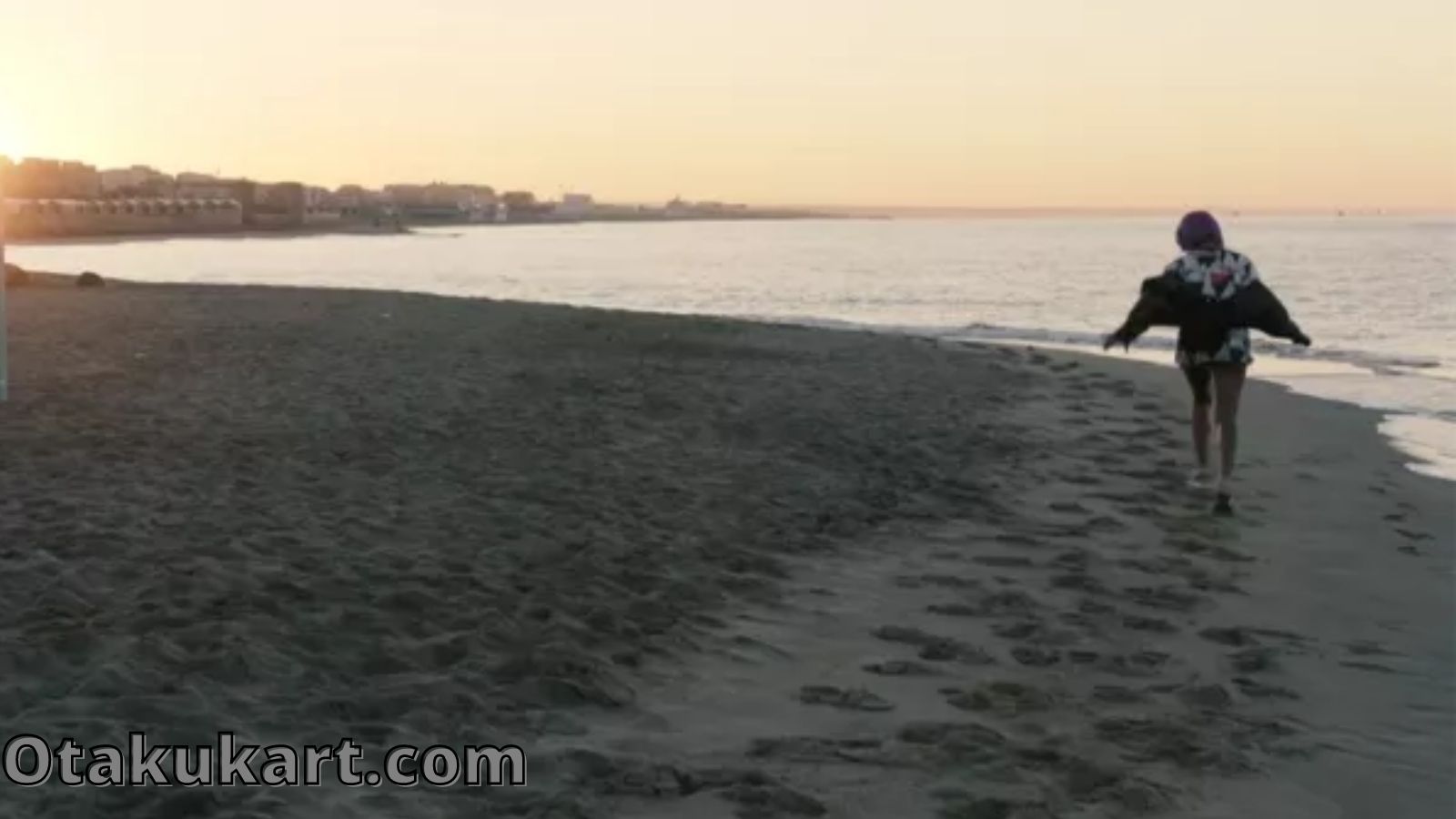 What the timelines mean

Coel tells a story in her Vulture profile that appears to reveal the origins of the first and second timelines. She explains that while she was working on the script in a remote cabin, the owner told her about “Stone Mattress,” a Margaret Atwood story in which a woman meets the man who sexually assaulted her and kills him, just as Arabella does.

“I’m kind of trying not to do that,” Coel says in the piece to the cabin owner. In discussing multiple endings for the story, she says she may have come up with the multiple option ending.

Another story Coel tells in the Vulture piece echoes the show’s final scene. Fearful of a thunderstorm, she moved into the main house and joined the owner and her husband to watch TV. Coel explains, “We both started crying because it felt amazing to be able to feel relaxed with someone.”