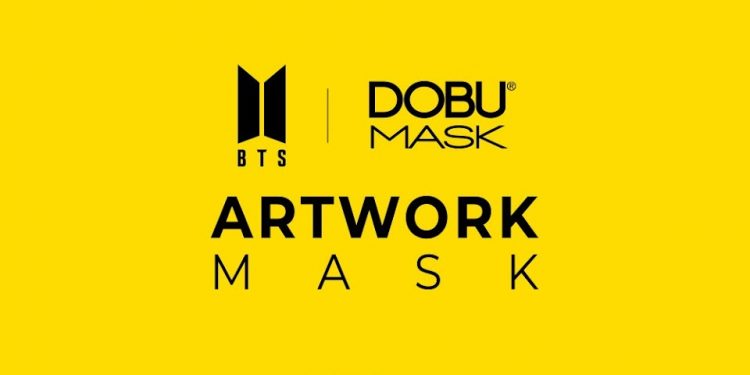 HYBE (formerly known as BigHit Entertainment) is facing harsh comments from BTS Army for selling new ‘BTS and DOBU Mask’ collaborative merch for $200. The fans have ignited the issue on social media. Also, they are surprised to see the high price tag on mere face masks. BTS might be on a break, but the unstoppable content is overwhelming the fans. Frequent merch and BTS-designed articles are being sold by HYBE. However, the price listing is keeping the BTS Army on its toes.

HYBE is currently busy releasing merch for all their idol groups. BTS’ being their number 1 group, is also leading the merch game. BTS recently collaborated with DOBU Mask to keep their fans safe and released ‘Butter’ inspired face masks. The masks can be purchased as a set of 7 or 56, but not in a single quantity. A mask costs 5000 KRW or $4.19, five times the cost of a regular face mask.

HYBE Under Fire For Selling $200 ‘BTS and DOBU Mask’ Merch

While HYBE continues to sell merchandise for all their groups, the BTS merch is getting negative comments from the Knetizens. A single mask from the BTS and DOBU Mask artistic collection costs 5,000 KRW. A set of seven is sold to the public for 35,000 KRW, which is expensive for a disposable mask.

Apart from the set of seven, fans can also buy a set of 56 masks (including each member and an additional Butter-inspired yellow mask). It costs $200, becoming heavy on the pockets of many.

Several Knetz came forward to share their views on the internet. One commented and said, “If it’s disposable, then it’s too much, no?”

Meanwhile, BTS fans justified the price claiming that it’s BTS’ brand image. Also, to think from the point of view of merchandise, the price is perfect. Some fans also praised the different colors of the masks.

BTS and HYBE continue to release more merchandise as the ‘price’ debate continues online. Currently, the members are showcasing the artist collection (products designed by artists). Due to the Army power, the goods are sold out within minutes.