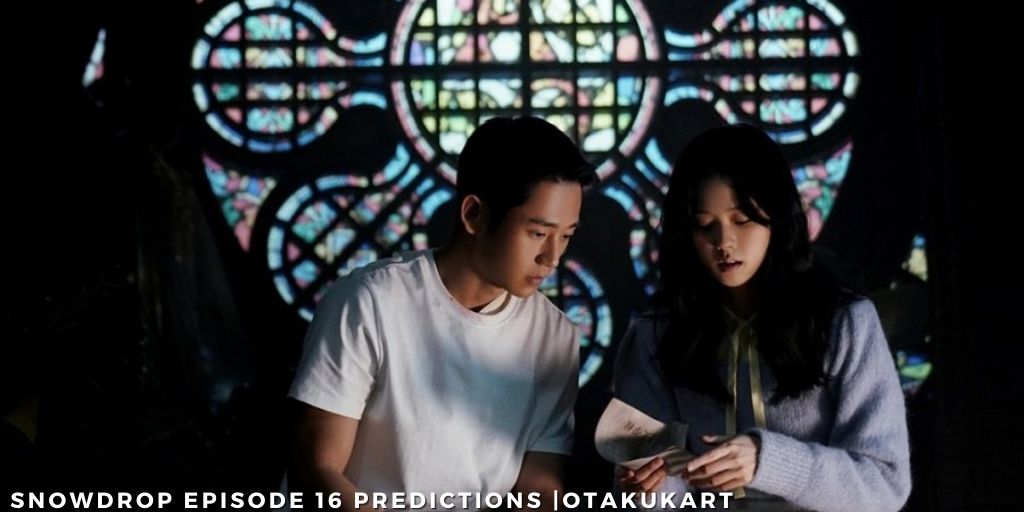 Snowdrop Episode 16 will be airing earlier than expected and fans cannot be more glad. Each thrill-packed episode of this South Korean drama builds more anticipation for how the series is going to end. Will the hostages survive? Will the hostage situation end with the demise of the North Korean soldiers and a victory in the elections for the Anti Communist Party? And will the wrongdoings of those in higher powers ever come to light? and will 13 young virgins actually die? are some of the many questions that have given fans sleepless nights ever since the series started. Additionally, Snowdrop is masterfully written by Yoo Hyun Mi (SKY Castle, Thank You, My Son, Home Sweet Home) and naturally fans had a lot of expectations.

And with the finale episode airing soon, it is safe to say that Snowdrop not just lived up to the expectations but also set the bars even higher. Compelling backstories for each character, a fast-moving plot, a sweet yet impossible love story, and shocking plot twists, the series is cooked up with all the perfect ingredients. Additionally, Snowdrop also introduced us to our new favorite couple in the form of Jung Hae In and Kim Jisoo whose chemistry will make your heart flutter. With the series coming to an end, fans wonder will Yeong Ro and Im Soo have a happy ending? Find out in Snowdrop Episode 16.

What To Expect From The Finale Of Snowdrop?

With everything that has been happening in the kdrama, the audience of Snowdrop has already come up with countless theories for Episode 16. The first one is about the deathly Moran Hill, Kang Cheong Ya. Till now, fans do not know whether they can trust the North Korean spy or not. Fans theorize that after Kang Cheong Ya finds out that Han Nah has been following her around, these two would break into a fight. However, they will eventually make up and hatch a plan for Kang Cheong Ya to re-enter the dorm.

Another theory about Yoo In Na’s character is that she may die saving Soo Hoo, considering her promise. Or she may complete her promise by faking Soo Hoo’s death and going back to the North since they still do not know about Kang Cheong Ya betraying them. Hence saving Soo Hoo’s younger sister Su Hui and Soo Hoo himself.

And taking Soo Hoo’s advice she may flee to another country. This is where Soo Hoo’s secret recording comes in. Remember Young Ro’s confession on the tape, Soo Hoo also recorded something and maybe that is where he tells her about someplace in Germany he really likes. Young Ro will go to the place and meet Soo Hoo, happily ever after! This is just a theory, things may turn out very bad as well. Also, many people point out that after Young Ro will be isolated by the other female students when everyone finds out that she is the ANSP director’s daughter, Kye Bun Ok will have a change of heart.

She might realize how much Young Ro has gone through and even may feel bad for her. Maybe this is where Kim Hye Yoon’s character’s redemption arc will start! Nonetheless, the ending will surely be as epic as the drama has been till now!

The release date of Snowdrop Episode 16 is January 30, this Sunday. Snowdrop relases new episodes every Saturday and Sunday on JTBC. Fans were gifted with a new years’ gift (Korean Lunar New Year) when JTBC announced that they will be releasing the final episodes on the same day as the 15th ones! Keep your fingers crossed for a happy ending!

Where To Watch Snowdrop Episode 16?

The Korean audience of Snowdrop can watch Episode 16 on JTBC at 10:30 PM KST. Also, the kdrama is available on Disney+ only in countries like Malaysia, Indonesia, Hong Kong, New Zealand, Australia, and South Korea. Moreover, the airing time of the 16th episode is 7:00 pm in India, 12:30 am in Australia, 1:30 pm in the United Kingdom, 8:30 am in the United States, and 8:30 pm in Canada.

Also read: Jung Hae In Gets A Surprise Visit From The Snowdrop Co-stars!