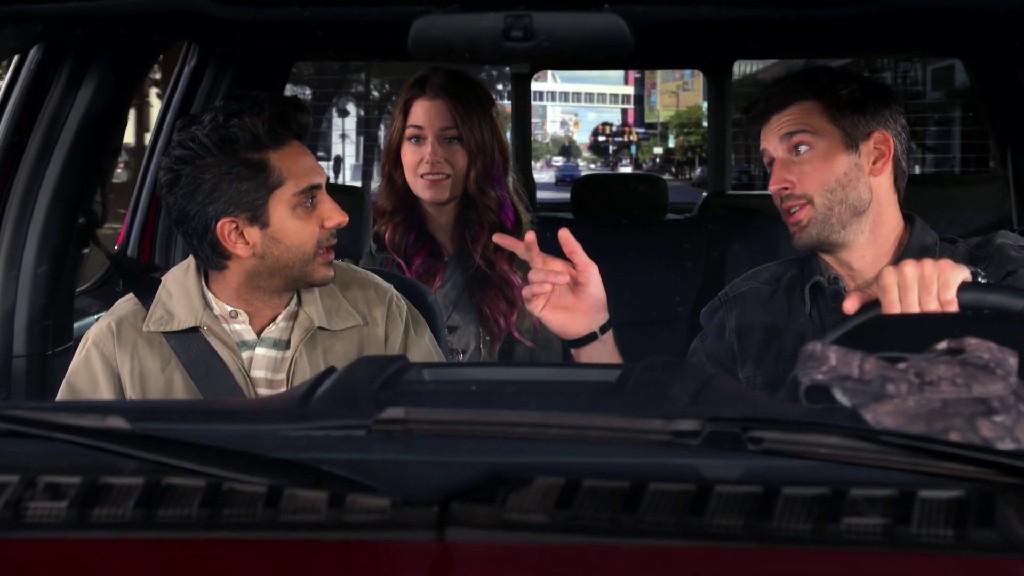 Still From The Official Trailer Of United States Of AI

A new CBS sitcom titled “The United States Of Al” has joined the network. However, the show intends to make the lazy times fun. The reception doesn’t seem to be the same for the very first episode. CBS has produced some of the most memorable sitcoms in the past few decades. Shows like Big Bang Theory, 2 Broke Girls, and Two And A Half Man. Gosh, they have stood the test of time and continue to do so, even with the current ongoing shows such as Young Sheldon. The same can’t be said for the newer ones, including the brand new United States Of Al, which premiered its first episode recently.

CBS’s “United States Of Al” follows the story of a Marine combat veteran. As he looks forward to adjusting to his new life in Ohio, a former friend joins him in to accompany him on his day-to-day adventures. Here we are looking at everything we know about the show and its criticism upon its first episode released on April 1, 2021.

The Plot For United States Of Al

CBS’s the United States Of Al Alms to explore the budding friendship of Riley and Awalmir. Riley is a Marine combat veteran, and Awalmir was Riley’s former interpreter from Afghanistan. They both formerly served in a unit together in Afghanistan. Cut to today, while Riley is still struggling to find life in Ohio, Awalmir bumps into him looking for a life in the United States Of America as well. The show will further explore their day-to-day adventures as they grow their friendship beyond.

The pilot episode of United States Of Al saw Riley and his younger sister Lizzie come across Awalmir at the Airport. Awalmir, most likely to be called Al, stays in their garage for weeks before finding a new home. During his stay, he realizes that Riley is going through a divorce. He decides to help his buddy out and goes through ups and downs throughout the episode.

The end of the episode sees Al finally reuniting the couple the next day. Riley and his wife, Vanessa, talk over the issues they are having over tea. The ending also explores a flashback sequence to the time Riley and Al served together. It featured Al yelling at Riley for giving him an empty gun. Check out the official trailer for the United States Of Al below.

Adhir Kalyan leads the new CBS Sitcom United States Of Al, taking up the role of Awalmir or Al, an interpreter from Afghanistan. Parker Young joins Adhir in the lead as Riley, a former marine combatant who served with Al. Elizabeth Alderfer joins the show as Riley’s younger sister Lizzie and Kelli Goss as Riley’s ex-wife Vanessa, Dean Norris as Riley and Lizzie’s father Art, and finally Farrah Mackenzie as Riley and Vanessa’s daughter Hazel.

CBS’s “United States Of Al” has failed to make a strong impression among the audience. Clearly, to say, it has just become another dud sitcom following the same old routine. The show got praise for its goals. But the execution and one-dimensional characters are the big problems, according to the viewers.

The Hollywood Reporter’s Daniel Fienberg clearly dislikes the show and especially the writing of Al. He stated not to wait around for the show. TV guide’s Diane Gordon, too, dubbed the show as cheap and half-hearted. Thus, giving it two out of five stars. Variety’s Caroline Framke too criticized the show stating it focused quite on the Al but didn’t give the complexity the characters needed.

Coming from our side, even we don’t find the show that intriguing for now. The sitcom has been there done that situation. The jokes are lame. We have heard them time and again before. Talking about Al. The character is supposed to steal the limelight doesn’t seem to do so. There is no depth in writing and building up of him. Unlike many viewers, we would still stand by and see if there is a further development in the coming episodes. Clearly can’t rely on the first episode itself.

How To Watch the United States Of Al?

In case you are not planning to hang up on the show after the reception of the first episode, you can still tune in. United States Of Al will Air every Thursday on CBS from 8:30-9:00 PM. The show will be available to stream on CBS’s official website right after its airing. An alternate option to stream the show is through the VOD service, where the show will arrive soon, FuboTV. You can also stream the CBS show online on Paramount Plus streaming service which costs either $5.99 per month with limited commercials or $9.99 per month with no commercials.

Upcoming K-Pop Audition 2021 For Girls: How To Apply