Contract Relationship themed series are good ones to watch. Even more, if they are short and portrays a cute lovable story. Ending Again is one series that came out as a result of PlayList Global’s production. It is a romantic youth show that is the third one with The Best Ending as its prequel and Ending Again Special as its side story. Flower Ever After is the first one in the series and The Best Ending’s prequel. Jung Soo Yoon is the director of the show, with Park Dhan Hee as the screenwriter. Ending Again has got reviews and ratings. Now people are left wondering where and how to watch Ending Again Online. Well, the series is not very much tough to find for anyone who is up for a cute romantic story.

The series has good touch and cute vibes that keep everyone entertained throughout the whole show. The series neither overdid nor outdid anything much. Everything went nicely and decently, even without many roommate troubles or problems. The other names for the series are Ddohanbeon Ending and Ttohanbeon ending. Ending Again release date was February 08, 2020, and ran until March 15, 2020. It had twelve episodes, each of fifteen minutes. It aired on each week’s Saturday and Sunday at 19:00 K.S.T. The show stars Jo Soo Min, Kim Geon Woo, and Kang Hui in the leading roles. They depict Chan In Young, Do Yoon Soo, and Yoo Chan Hee’s role.

Ending Again: A Glimpse into the Series

Ending Again shows the main female protagonist, Chan In Young struggling and miserable life. Her relationship of eight years got broken off easily. Furthermore, she is not faring well at courses, became a fraud renting victim, and wasting most of her time at gallery work. More difficulty arises for her when she does not have any place to stay without any money. However, she found a solution for helping with her home and staying problem. She thought of getting a fake husband to avail the loan of Newlyweds jeonse. The loan is a program funded by the government to help in renting houses for young couples. 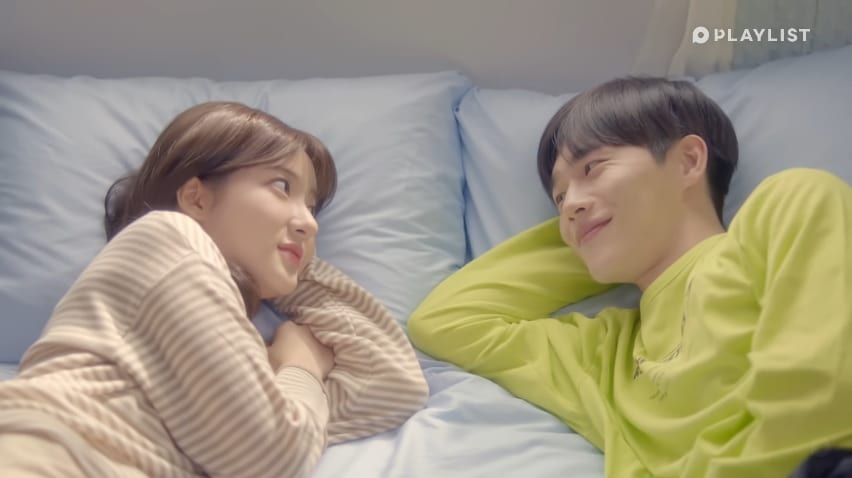 Things became easier for her when she did not have to find anyone. Instead, a popular guy from her college, Yoon Soo, asks for marrying her. They also had a history wherein they spend the night together after getting drunk. Since then, In Young had been avoiding him. But, they ended up living together after taking his offer as she did not have any other choice. However, there is also a secret of Yoon Soo. He was out of scholarship for abroad studying despite him excelling the same due to a rumour prevailing. Chan Hee, ex of In Young, benefitted from the rumour. Yoon Soo got put off, and Chan Hee got the scholarship.

Apart from everything, In Young also has a hard time forgetting Chan Hee as their break was nasty. He preferred to leave her and go abroad rather than being in a relationship with her. Chan Hee thought their relationship was a hindrance to him from excelling as an artist. He returned as In Young was in the process of forgetting him after staying together with Yoon Soo. The rest of the show depicts their love triangle, and the person In Young ended up with at last.

Ending Again: Where to Watch Online?

Ending Again is very easily available for watching. There are exclusively two platforms where one can move over and watch the series. One is YouTube, and the other is Facebook. Furthermore, Ending Again is the creation of Playlist Global. The company is famous for producing short dramas or films and sharing them on social media platforms. Thus, the series is easily available for streaming on the Playlist Global channel of YouTube. They also have an official Facebook page wherein they share the contents regularly. So, one can opt for any one option and watch the series. Ending Again is also available on another platform, the AsiaFlix app. Google play store contains the AsiaFlix app and available for download to everyone around the globe.

Also Read: Spoilers & Preview: Mad For Each Other Episode 6