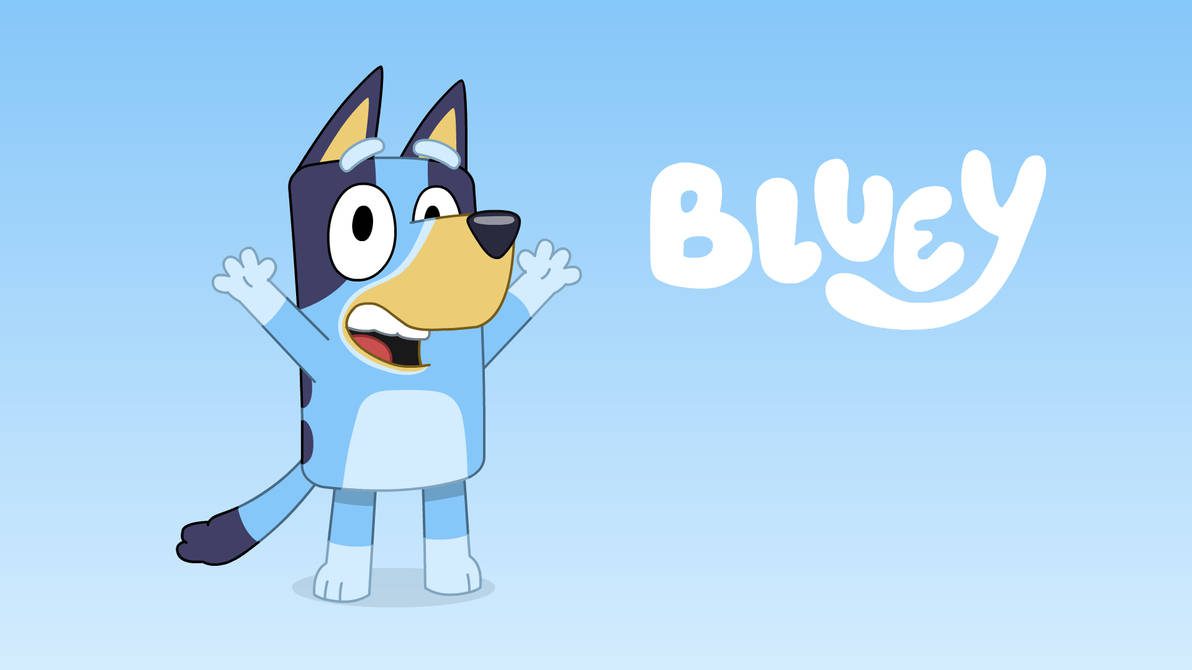 How to watch Bluey Season 3? This Australian animated series has been creating a buzz ever since it got released in 2018. In this article, you will get to know how to watch this series and all other information regarding it. This television series is mainly for preschoolers and the first episode was aired on 1st October 2018 on ABC Kids. Since then it has gathered positive ratings. The show got its second season in 2020 and now it has been renewed for a third season. The third season has started airing from 5th September 2021. However, the date of its last episode has not been announced yet. The show has received a massive response as well as love not only from Australia but from throughout the world.

The protagonist of the series is Bluey Heeler, who is a six-year-old heeler puppy. She has been described as someone who loves to play and is always full of energy. Her fondness for her friends is very much evident as she loves to play and hang around with them. The entire series is centered around her and her life. Since Bluey is the central character she has made her screen presence in every episode. She is the daughter of Bandit and Chilli Heeler. Bluey has also a sibling named Bingo.

How to watch Bluey season 3?

The animated series has already started airing its 3rd Season. You can view it on Disney Channel, Disney Junior, and Disney+, or if you have any other preferred site you can also lookup there as well. The previous 1st and the 2nd seasons are currently streaming on Disney+. The series showcases good values like sharing, caring, etc in a fun and playful way. Bluey is portrayed as an ever-energetic puppy who loves to play. It is said that Bluey is named after a real dog in Australia who lived almost as long as 30 years and is one of the oldest dogs to have ever lived.

Bandit, her father, one of the main characters of the show is an archaeologist. He is a very devoted father but remains tired most of the time. He tries to balance between playing with his two girls and also fulfill his other responsibilities. Chilli, Bluey’s mother is described a someone who is extremely kind and caring. She recently got back to work and also maintains the balance between her work life and her time with her children. 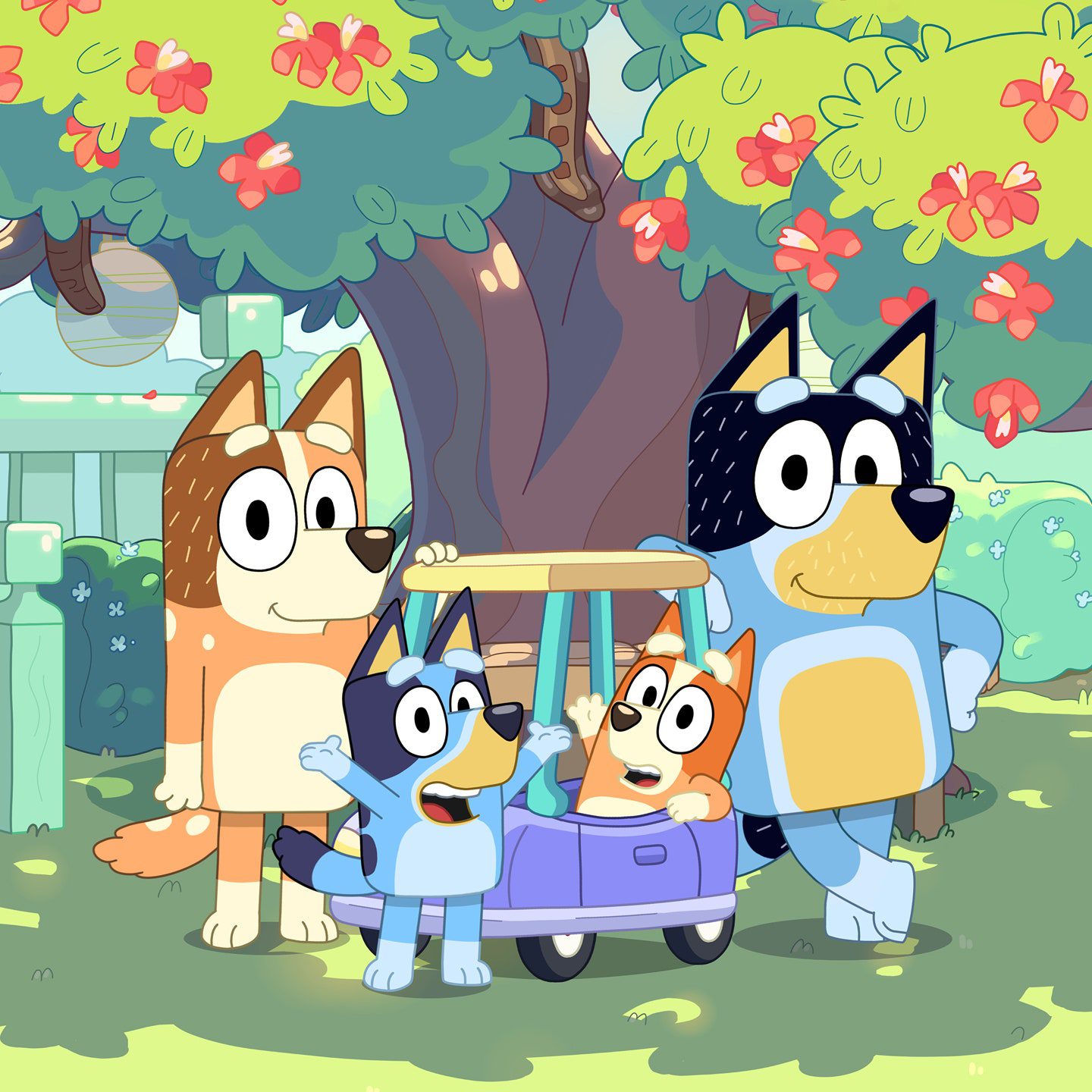 Bluey and her family
Credits- The New Yorker

The main characters include:

Bluey Heeler – Bluey is the central character of the series. She loves to play and invent games. While playing she involves other children as well and she likes to behave like a grown-up who can handle things on her own. “For real life?!” is Bluey’s catchphrase. Once Bluey was identified as a male Heeler just because her color was blue. She corrected and said that she is a female healer.

Chilli Heeler– A kind and dotting mother, Chilli tries to balance between her recently got work and her kids. She is portrayed as a Red Heeler with brown fur. Her nose is dark brown. When Chilli was younger, she was in England where she met Bandit. They started dating and eventually got married.

Bandit Heeler– Bandit is one of the main characters of the series. He remains a bit tired the majority of the time as he tries to do a lot of stuff like maintaining work responsibilities as well as play with his daughters. He is a blue heeler who has black and blue fur. While playing he seriously takes his role and tries to preach life lessons to his daughters through it.

Bingo Heeler– Bingo is Bluey’s four-year-old sister. She loves to play with Bluey but lets her older sister take the lead as she likes it that way. Sometimes when she is not playing, she likes to deep dive into her world of imagination. She is a sensitive character and feels heartbroken when anyone including her sister makes fun of her. 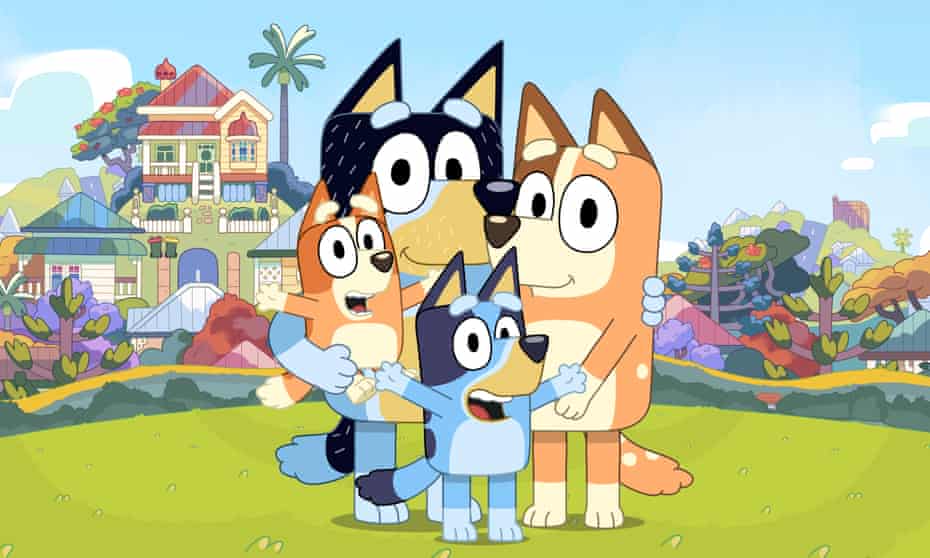 Bluey and her family
Credits- The Guardian