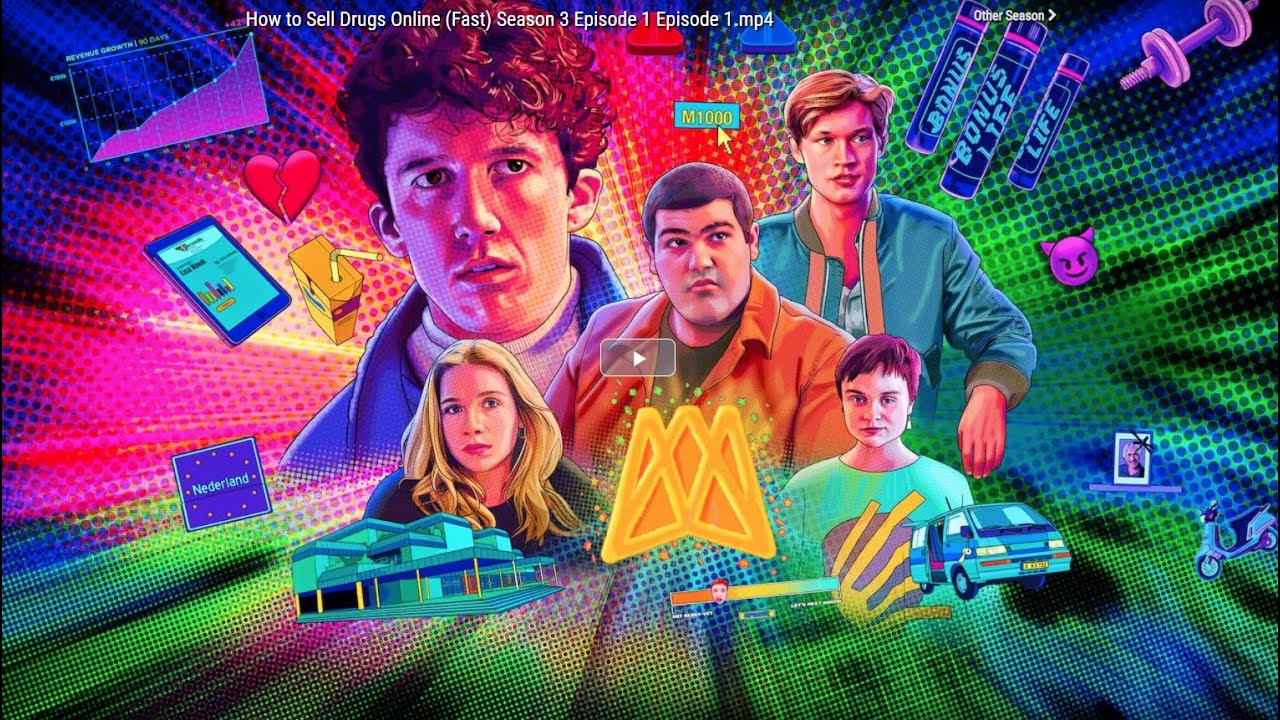 In The 1st Episode Of How To Sell Drugs Online (Fast) Season 3 Shit Will Get Real. (Credits: Youtube)

It’s not been a day since How To Sell Drugs Online (Fast) Season 3 was released, and Episode 2 has already got people talking because it will blow your mind. The series is more serious and less funny compared to the other seasons, as the Season 3 tag line says, “Shit Is Getting Real.” And honestly, it got really, really soon. Moritz is not only a disguised drug dealer anymore. He is a professional criminal to be. As he is indulging himself with the weapons and he even shot a person. His narcissism and his attribute also dragged him close to disown his friends, aka partner in crime. How hard he tries to run away from his deeds, he can’t because now people around him have started to suspect him and do not believe in him anymore.

However, it is expected that Mortiz will get out of it like he always does. But now cops have sniffed them, and they will hunt them down. Because at the end of the Moritz is still a kid running away from the things he had done. And cops are full-grown adults who know how to keep spoilt kids in order. Even the cop of his house, this father is also suspicious of his son’s activity.

And at the end of the day, the truth has to come to light. No matter what. But now it’s too late Mortiz can’t return back to the way he was. He is stuck in a vicious circle of drugs, drugs, mafias and the cops.

The episode 2 of How To Sell Drugs Online (Fast) Season 3 witnessed some really astonishing sequences. As we all know that Mortiz is excellent in covering his tracts. And he acts dumb in public, but we all know that he is a mastermind. However, this time, he failed to glue his mask properly, and he failed to cover his tracks.

And unfortunately, people around him actually starting to see him for who he is. In the episode, he even got in a fight with his friend, aka his partner, in crime. Because he thinks he is the best. And his overconfidence will be the reason for his downfall. In the episode, Mortiz overpromised to his clients, and when he wasn’t able to deliver on time, he was in a slug. And he also pulled his friends into danger. Mortiz is not the high school nerd we all expected him to be. He is a mastermind, but his mind might end him up in prison.

Season three of How To Sell Drugs Online (Fast) began where Mortiz was found in a slug with his friends. And his father, the cop of the house, was getting all suspicious after he found Weed in his room. The sequence took place in the second season. But his father is still suspicious, and he is observing his son’s movements. He even tried to listen to Mortiz over the phone while he was talking to his friends.

Mortiz is nervous, and he might not make it through. His business is falling apart. His friendship is going in vain, and his life is in danger. He is stuck in a loop of hiding his identity from his family, cops and everyone else who loves him. And that’s what we call messed up. But the scariest part of all this is the series is based on a true story. So there was a Mortiz who suffocated himself with lies to hide the mistakes he committed.