How Old was Hiruzen when he became the Hokage?

Hiruzen Sarutobi is the only Hokage who came back to take his seat as the Hokage after retirement. 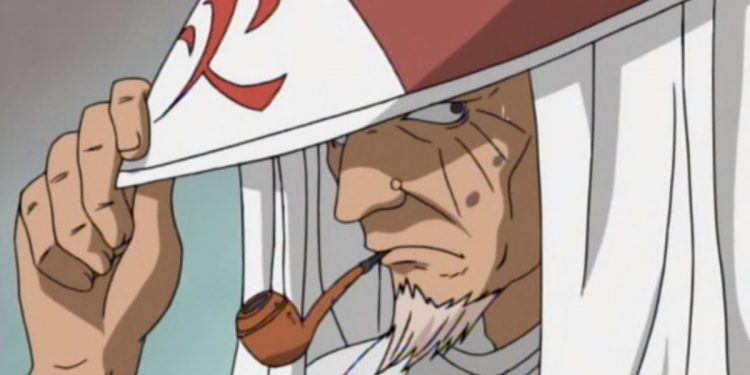 How old was Hiruzen when he became the Hokage?

In most of the Shounen anime, you will come across the protagonist saying that he wants to become either a Magic Emperor or the Pirate King. When Naruto was first introduced, his dream was to become the Hokage of his village, Konoha. However, during this time, the village already had a Hokage. That was Hiruzen Sarutobi.

Along with Naruto, we see Hiruzen’s young grandson, Konohamaru, eager to take the old man’s place as the Hokage. However, Hiruzen was different from the previous and next Hokage of the village. Why? Well, one reason could be that if compared with the others, Hiruzen looks much older. There, however, is a reason for this. He is the only Hokage who came back to take his seat as the Hokage after retirement. He also is someone who gave his life in order to save the village and people he loved. It is known that Hiruzen trained a team of his own during the time he became the Hokage. Considering this, we often think about the exact age when he became the Hokage. Before we get the answer to this question, let’s look into his life.

Hiruzen Sarutobi had his own story to tell before he became the Hokage. He was from the Sarutobi clan. This clan was one of the earliest clans to settle in Konoha. He trained under Tobirama Senju along with Koharu Utatane and Homura Mitokado. He was taken under the wings of Hashirama Senju, the First Hokage, as time passed by and he grew stronger.

Hiruzen trained as one of the most capable shinobis. He even befriended Danzo Shimura, the latter igniting jealousy towards the former’s skills. Hiruzen went on to be an active participant in the First Shinobi war in a team led by Tobirama. When it came to it, Hiruzen offered himself as a decoy. However, Tobirama refused and entitled Hiruzen as the Hokage who would succeed him, making him the Third Hokage. Along with bidding goodbye, Tobirama, the Second Hokage, also reminded Hiruzen of the “Will of Fire”. This means he asked Hiruzen to treat the village as his own family and, along with the will of fire, would love and protect the village.

How old was Hiruzen when he became the Hokage?

Hiruzen became the Hokage at a really young age. By now we know that Tobirama, before going off to his death, officially appointed Hiruzen as the Hokage because he was the most skilled among his peers. However, Hashirama and Tobirama selected him as their successor when he was quite young. Although we do not know the exact age of when he was officially given the title with the ceremony, we know that Hiruzen became the Hokage when he was in his late teens and early twenties. The median age is 21/22 to 24.

Hiruzen is known to be one of the youngest Hokages. As a Hokage, he decided to train three students – Jiraiya, Tsunade, and Orochimaru. These students later go on to be called “The Legendary Sannin”. Although he loved his students equally, he thought of Orochimaru as his successor, often nagging Jiraiya into being more like him.

Although Hiruzen was a Hokage that had a lot of love for his village, he made mistakes. One of them is trusting his friend Danzo and turning a blind eye to most of his wrongdoings. The second and third Shinobi war was under Hiruzen’s lead. Unfortunately, Hiruzen had to step down from the Hokage position as he signed a peace treaty to end the third shinobi war. Luck not being on his side, Hiruzen couldn’t pass the “Will of Fire” to Orochimaru, his dream successor. However, he acknowledged Minato Namikaze, a student who trained under Jiraiya.

Minato’s tenure was cut short by his death caused by the nine-tailed demon fox’s attack. With no successor in mind and not trusting Danzo as the new Hokage, Hiruzen decided to go back to being the third Hokage. He became the Hokage again when he was between 56-60 years old.

During his tenure as the Hokage for the second time, Hiruzen was given the responsibility of raising the protagonist of the series, Naruto Uzumaki. After a few years, Itachi was ordered to slaughter the Uchihas by Danzo. The former asked Hiruzen to take care of his brother Sasuke. After this, Hiruzen finally put an end to Danzo’s awful acts.

His tenure came to an end when he had to sacrifice himself in order to save the village he loved from his beloved student, Orochimaru, who had gone rogue. He was around 68/69 by this time.

In part II of the series, Naruto Shippuden, Hiruzen appears again as Orochimaru revives the Hokages to aid the village with their strength.

Also Read: What Episode Does Orochimaru Revive The Hokages?