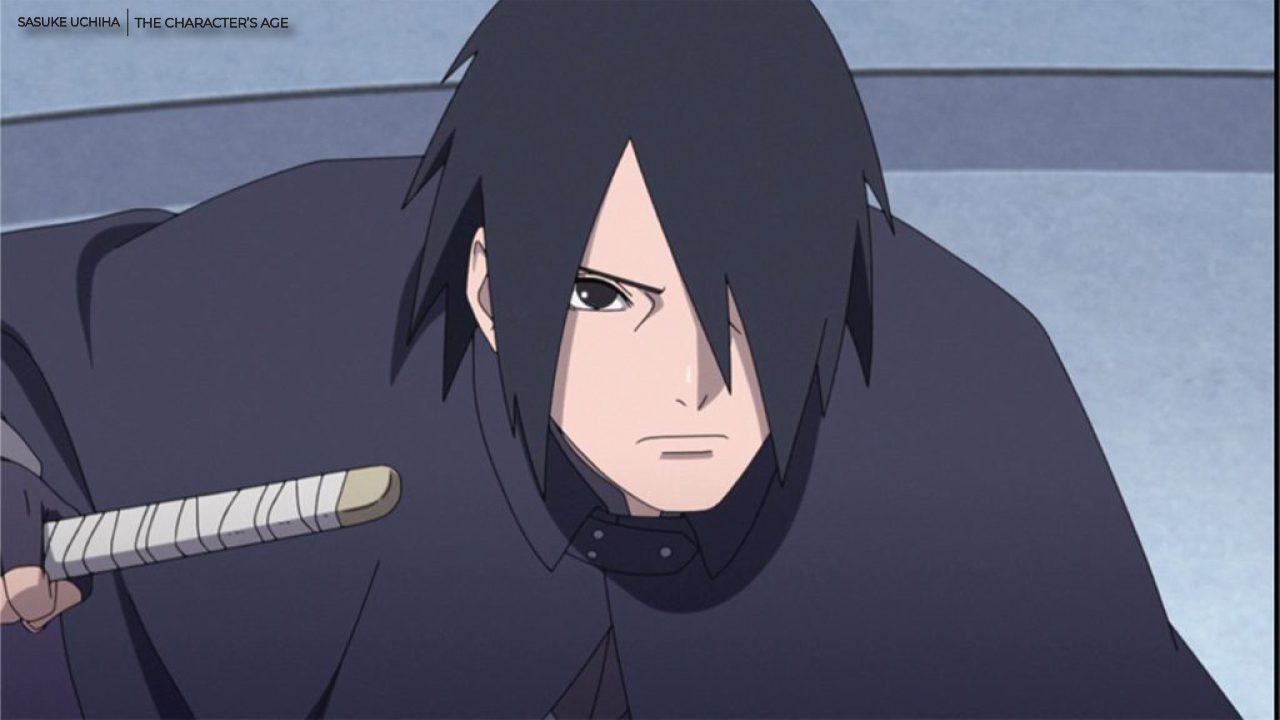 How old is Sasuke Uchiha in “Boruto: Naruto Next Generation”? Masashi Kishimoto created the Naruto series, and it began airing in 2002 and ended after two animes on March 23, 2017. At the same time, the manga was serialized from September 21, 1999, to November 10, 2014. It’s one of the most popular anime. The show ran over two decades about the story of a young shinobi, and currently, Boruto: Naruto Next Generation is the successor of this mind-blowing Shonen series.

This new series revolves around Naruto’s son, Boruto Uzumaki, and his journey to becoming a great ninja, along with his friends Mitsuki and Sarada Uchiha. The manga series began serializing on May 9, 2016, and the anime began airing a year later in 2017. Both the manga and anime are still ongoing. And all our favorite characters from the original Naruto series are grown-up adults in Boruto. It still feels like yesterday, when Sasuke was just a young boy aiming to take down Itachi for annihilating the entire Uchiha Clan. But now he’s the “Shadow Hokage” and also a father of a girl. Therefore, fans also want to know how old is Sasuke in the “Boruto: Naruto Next Generations“.

Who is Sasuke Uchiha?

Sasuke Uchiha is a shinobi from Konohagakure, the Village Hidden in Leaves. The villagers pitied him, as he was the last survivor of the proud Uchiha Clan. When he was young, his elder brother, Itachi Uchiha, murdered the entire Uchiha Clan. However, he only spared Sasuke and asked him to get stronger and challenge him in the future. Sasuke was the topper in his ninjutsu class. Further, he was popular among girls because of his good looks. But he gave no attention to any girls, as his only aim was to kill Itachi. After graduating from Ninja Academy, he was put on the same team as Sakura Haruno, who has a crush on him, and Naruto Uzumaki, who considers Sasuke as his greatest rival. The three were under the guidance of one of the greatest shinobis, Kakashi Hatake. 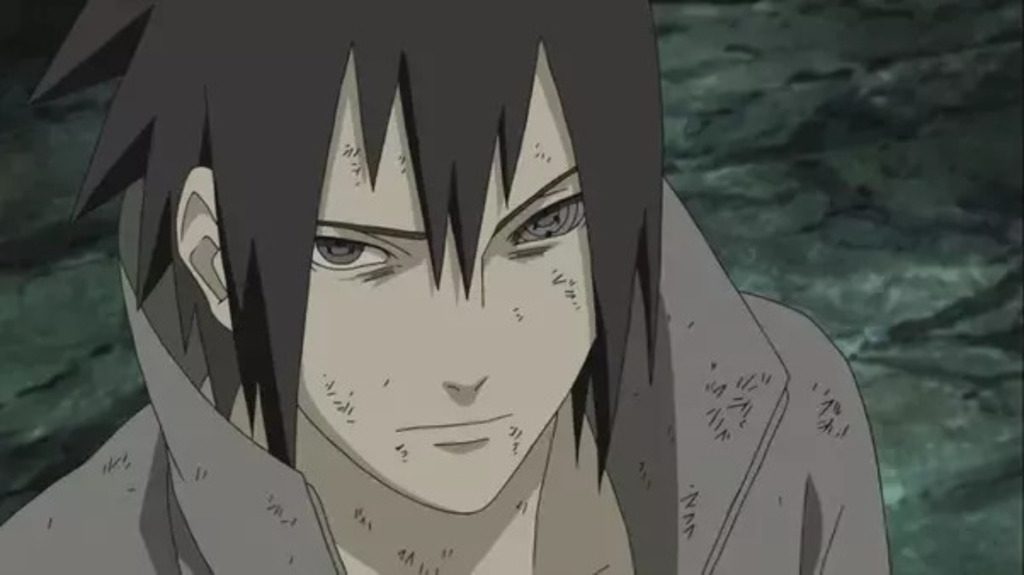 At the beginning of the series, these four didn’t get along well, especially Sasuke and Naruto. But as the story continued, they became a strong team and also like a family. However, Sasuke breaks away from the team to get stronger and fulfill his ambitions. Sasuke gets stronger under Orochimaru, one of the Legendary Sanin. However, Orochimaru plans to take on Sasuke’s body because of his visual prowess, Sharingan. But Sasuke kills him and assembles a new team to hunt down his older brother. Finally, Sasuke kills Itachi and avenges his Clan. But later, Tobi/Obito Uchiha informs him that annihilating Uchiha Clan was actually Itachi’s ANBU Mission. The Clan was trying a coup to take down the village authority. Thus Sasuke sets on a new mission to destroy Konoha.

However, under special circumstances, he meets his dead brother again, who tells him the truth too. Then Sasuke takes part in the Great Fourth Shinobi War. After the war, he battles with Naruto and loses it. Throughout this journey, Sasuke learned many life lessons from his allies and his enemies. He went through a roller coaster of emotions and also unraveling the meaning of his brother’s action and what is the meaning of the village. Finally, he became a great shinobi and also Konohagakure’s protector in the shadows. We also saw him growing from a lonely kid in the dark to accept the light as a man. Now, he has a new family with a wife and a daughter.

How old is Sasuke in the Boruto series?

At the start of the original Naruto series, we witnessed the show mentioning Kurama attacked the village twelve years ago. Later, we got to know Sasuke was born few months prior to Kurama’s attack. Thus, he was 12-year-old at the start of the series. Then he went rogue to train with Orochimaru and get stronger. The next series, Naruto Shippuden, takes place after three years, so he was around 16-years old. 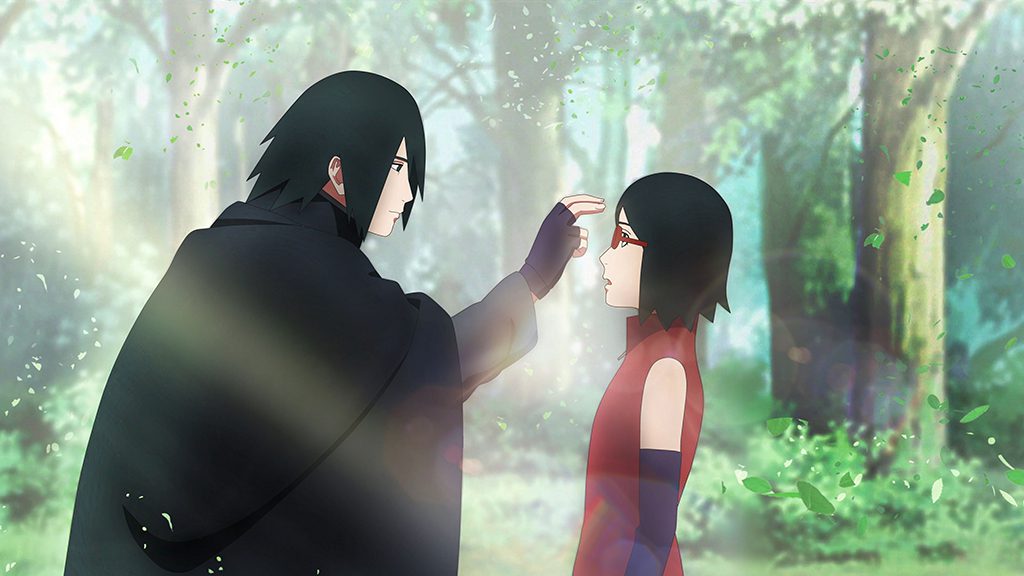 Sasuke went through a lot as a 16-year-old. Most of the Shippuden takes in a duration of the year, and in this time span, he mastered the curse mark then awakened his Mangekyo Sharingan. He also killed some top-class shinobi like Orochimaru, Danzo, Deidara, and Itachi. Sasuke also mastered the Eternal Mangekyo Sharingan and Rinnegan. He also fought in the Great Shinobi War, which lasted for two days. He might have turned 17-years-old few months prior to the war.

Then the event of “Naruto: The Last” takes place two years after the war, making Sasuke 19-years-old. He tied the knot with Sakura Haruno after Naruto’s marriage. He became the father of Sarada Uchiha at the age of 20 or 21. The latest series, Boruto: Naruto Next Generation, takes place 12 years after Sarada’s birth, making Sasuke Uchiha aged 33.