NI-KI is recognized as the seventh member of the South Korean boy band ENHYPEN. Operating under Belift Lab 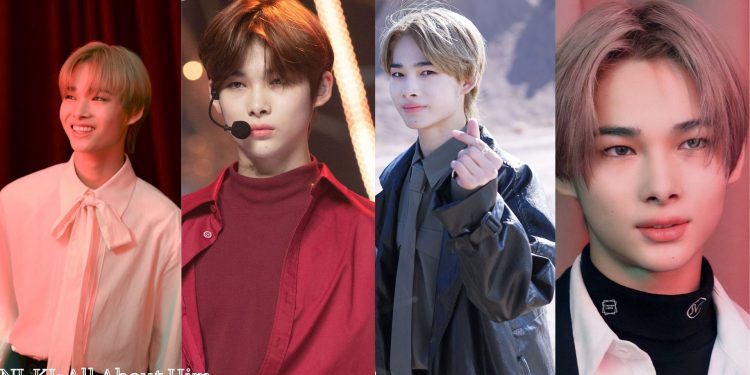 NI-KI is recognized as the seventh member of the South Korean boy band ENHYPEN. Operating under Belift Lab (a joint venture of CJ ENM and Hybe Corporation), he is one of the known vocalists in the South Korean music industry. With his incredible skills and dashing visuals, he has managed to captivate every K-Pop enthusiast’s heart throughout the globe. But, how old is NI-KI?

It was not long after his debut as an idol that he developed a huge fanbase, and it won’t be wrong to say that all of them are completely smitten over him. Moreover, with his great vocals and extreme versatility, he has successfully won several fans. In a short duration of time, he has become one of the favorites of everyone out there, and gradually with his group, he is continuously labeling his name everywhere in the global music industry. In no time, he has become one of the most searched K-Pop idols on the search engine.

Here, we have summarized all the details about our rising star as we look at how old NI-KI is. Therefore, let’s have a quick skim inside and figure out all the interesting details about the same.

How Old Is NI-KI?

NI-KI is 16 years old and is one of the youngest idols in the K-Pop industry, as he was born on December 9, 2005. Hailing from Okamaya, Japan, Nishimura Ri-Ki or better known as NI-KI, is the seventh member of the boy band ENHYPEN. Both his fans and group members consider him as the best dancer in the group. Nikitties is the fandom name designed by his fans, and that’s a new thing as only a few male idols have a particular fandom name for themselves.

Before his debut, he was under the training period of 8 months and ranked in the fourth position in the final episode of the training with a total vote of 1,140,718. Since his trainee period, he made everyone fall for his charms, like learning the whole choreography in only 10 minutes. In the I-LAND episode 6, he was labeled as I-LAND’s No. 1 Dancer, which ultimately gained him a lot of plus points.

Talking about his stunning dancing skills then the beginning of his dance was with the genres of Jazz and Ballet. Moreover, his smooth and effortless moves have gained him many nicknames like Super Dancer and Little Michael Jackson.

In the early stage of his career, i.e., between the years 2016 to 2017, he was working as a backup dancer for the group SHINee for their one stage. And the most interesting thing about this is that NI-KI was only 11 to 12 years old during this.

Another signature information about him is that he is left-handed and is very talented with the black and white keys of a piano. Furthermore, NI-KI bagged the 24th position on TC Candler’s Most Handsome Faces of 2020 and was nominated for the 2021’s TC Candler’s Most Handsome Faces. Well, his amazing and sharp visuals also gained him a lot of points and, of course, millions of fans.

NI-Ki: All About His Group Activities

ENHYPEN made its debut under Belift Lab on November 30, 2020, with its EP titled “Border: Day One”. It wouldn’t be wrong to say that the group’s debut was a big sensation for the whole K-Pop industry.

The group was formed through the survival show titled “I-Land”; and several trainees competed against each other for securing their position in the debut line-up. The final entry was of Jungwon, Heeseung, Jay, Jake, Sunghoon, Sunoo, and NI-KI.

Well, even before their debut, they had gained millions of followers over YouTube, TikTok, Instagram, V Live; and Twitter. The EP surpassed over 150,000 pre-orders in a period of two days and then more than 300,000 copies pre-orders on November 21.

Their debut EP gained the 39th position on Oricon 2020 Yearly Album Chart and then at the second position on the Gaon Album Chart after becoming the highest-selling album K-Pop group in 2020.

Again, a record was hit after they became the bestselling album; and rookie group in the year 2021, when the album bagged the first rank on Hanteo Charts. And, the next fabulous thing about it is that the group bagged the “Next Leader Award” at the 2020s The Fact Music Awards.

With a series of award events, nominations, and many successful albums; and singles released, the group has earned millions of fans and several titles.

Now, the group is going to release its new fictional webtoon series titled “Dark Moon: The Blood Altar” on January 16, 2022.

Also Read: A Look At Viral Moments of Kim Jenni In 2021