How Many Grammys Does Eminem Have? The Entire Success Story

Want to know more about how many Grammys Does Eminem Have? American rapper, songwriter, and record producer Eminem is an iconic figure who needs no introduction! The rapper has created several records to his name with an estimated worldwide sales of over 220 million records! While he is credited with popularising hip hop as a genre, his name is considered to be one of the ruling names in the rapping industry. Several musical figures have gone on record to confess how the rap king has inspired them over the years. Eminem has been hailed as the artist of the decade by Billboard during the year 2000-2009.

Eminem has worked with several big names over the years and continues to rule the rapping industry like no other. The star has, however, been a part of several controversial issues and feuds as well. The rapper has made a few small appearances on both small and big screens alike. Eminem recently starred in STARZ’s popular show BMF. While 50 Cent is not quite thrilled with how the channel prematurely death with the release of Sunday’s episode a week early, the rapper-turned-TV executive says he’s still incredibly proud of the rapper’s performance in the upcoming episode. Let us take a look at the detail on How Many Grammys Does Eminem Have?

How Many Grammys Does Eminem Have?

Fans might be surprised to know that Eminem has been nominated for as many as 43 Grammy Awards, and he has managed to bag 15 of them. The rap legend happens to win the Best Rap Album for The Slim Shady LP, and Best Rap Solo Performance for “My Name Is” during the Grammy Awards of 2000. 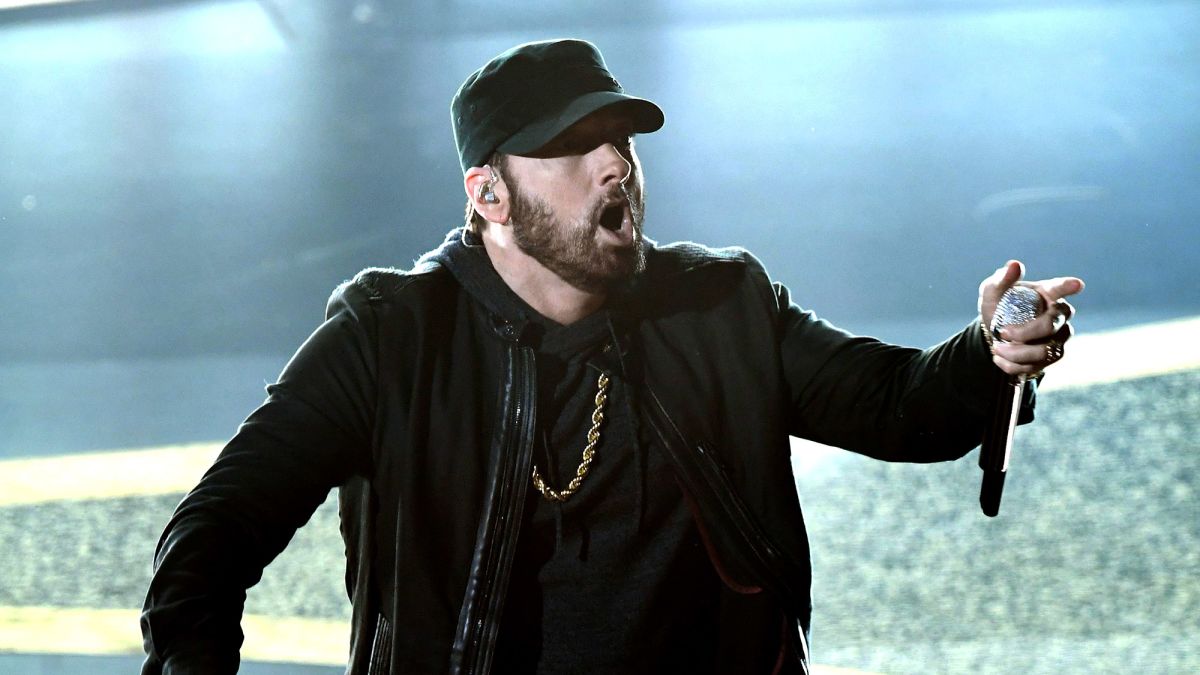 Apart from winning the prestigious Grammy Awards, Eminem’s work has been honored by other big Award shows like the Billboard Music Awards and the MTV Video Music Awards. The rap star has been nominated for a Golden Globe as well!

Snoop Dogg and Eminem Are Ending Their Feud For Good!

Celebrity feuds can be common and, honestly, can take a controversial turn at times! It seems like two of the rapping legends are keeping their last feuds aside and moving on for a new project! Snoop Dogg recently ended his beef with a former nemesis as he picked up his phone and made a private apology to fellow rapper Eminem! Take a look at these pictures as the rapper looks unrecognizable as White Boy Rick in BMF. Show producer 50 Cent has revealed that he has personally directed the episode, and it was enough to convince Eminem to be a part of it.

Episode 7 of BMF is the best work i have done directing to date.I’m disappointed that STARZ handled this so poorly. I used my personal relationships to make things happen they couldn’t have made happen. @eminem thank you for doing this for me. I love you bro. pic.twitter.com/rxgCALkGuz

Not only have the two rappers ended their age-old feud, but they are all set to join forces for a brand new project! The two iconic rappers have recently collaborated to record a new song that is slated to release on next January’s album from Snoop’s Mt. Westmore supergroup. The newest project will also include other big names like Ice Cube, Too $hort, and E-40. Show producer 50 Cent recently thanked Eminem as he is all set to hit the STARZ screen as White Boy Rick in the hit crime drama series BMF. The episode was leaked before the actual release date, and fans cannot get over Eminem’s new look on the show.

How Did Eminem Motivated Ed Sheeran?

While Eminem has motivated his fans with his meaningful lyrics and raps, it seems like another popular singer has been motivated by the rap king! The Perfect hitmaker confessed that Eminem Mande sees through his way of working to maintain a healthier work-life balance, and that has proven effective to be beneficial for him in terms of songwriting.

Ed Sheeran recently recalled how the rapper had inspired him to see the importance of seeing their work as a 9-5 job and take some time out to spend time with family and friends in the evening. Ed Sheeran, who has collaborated with Eminem a few times, revealed how Eminem keeps his work only till the evening and chooses to spend adequate time with his kids afterward.