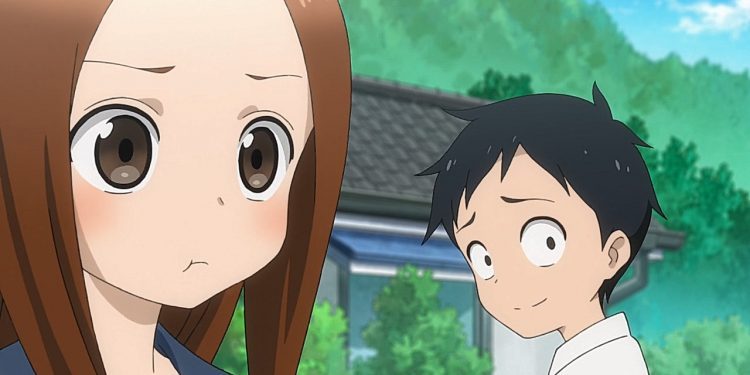 How many episodes will Teasing Master Takagi-san have?

Anime is one of the many entertainment sources that has been successful in making the audience feel many feelings through different series. When some people have misconceptions about anime having only series containing actions and blood war, we otakus are literal human guides to teach you everything you need to know about animes. Some of the anime series is based on themes of magic, superpowers, action, and in the same place, some anime series are based on the story of a protagonist living in a fantasy world. Some series are based on the slice of life genre, which is the most underrated one but the cutest at the same time. One such anime series which got the emotion of romance and has the real-life touch is “Teasing Master Takagi-san,” and now that Season 3 has begun airing, fans are left wondering, how many episodes will it have?

The anime series Teasing Master Takagi-san is just like any other anime series which has been adapted from a manga series. The original manga series was created by Soichiro Yamamtion and was published by the Shogakukan publications. As for the English version of the manga, it was published by Yen Press and released in Monthly Shonen Sunday Minin from 2013 to 2016. Later, it started releasing its new chapter in Monthly Shonen Sunday starting from 2016 till the present. The manga dropped out its very first chapter on 12th June 2013 and is still ongoing. Till now, the manga has been collected into 16 tankobon volumes, and we will get to see the number of these volumes increasing. Later in 2014, another manga series titled “Ashita was Doyobi” was released, which ended with only two volumes.

The direction of the series was helmed by Hiroaki Akagi, and the screenplay was written by Michiko Yokote. It was released as a television series on Tokyo MX, ytv for seasons 1 and 2. As for the upcoming season 3, it is said to be broadcasting on MBS, TBS for Japan, and Animax Asia from all over Asia. An anime film adaptation of the series has also been announced, which is likely to drop out in the year 2022. The movie is licensed by Sentai Filmworks to release it’s all over Asia.

Season 1 of the anime series Teasing Master Takagi-san was released on 8th January 2018. As the series ended with 12 episodes in total, it was renewed with a season 2. Season 2 was released as a Summer Anime from 7th July 2019 to 22nd September 2019 and or for international fans on Netflix on 6th December 2019. It also ended with 12 episodes as the creator teased the fans with the announcement of having season 3 in September 2021. Finally, fans’ most awaited moment came true on 8th January 2022. Now, as the series has finally dropped out, fans are happy but worried at the same time. Worried because of the fact the series is getting over soon with an unknown number of episodes.

To all those fans, I want to tell them to take their mind at the season because just like the previous seasons, season 3 of Teasing Master Takagi-san is reported for having 12-13 episodes. Another similarity you are going to see is that this season too will be available on Netflix. The bad news is that it will be only available for Netflix Japan. The third season has returned with the old voice cast where Takagi-san was voiced by Takahashi Rie, who previously voiced Megumin from Konosuba. As for the Kaji Yuuki, he is voiced by Nishikata, who is well known for giving his voice to Eren from Attack on Titan, Todoroki from My Hero Academia, Kenma from Haikyuu, and Meliodas from Seven Deadly sins.

Most Popular ‘Kim Tae Ri Movies’ That Every Fan Needs To Watch!