by Smriti Pradhan
in One Piece
Reading Time: 3 mins read
0 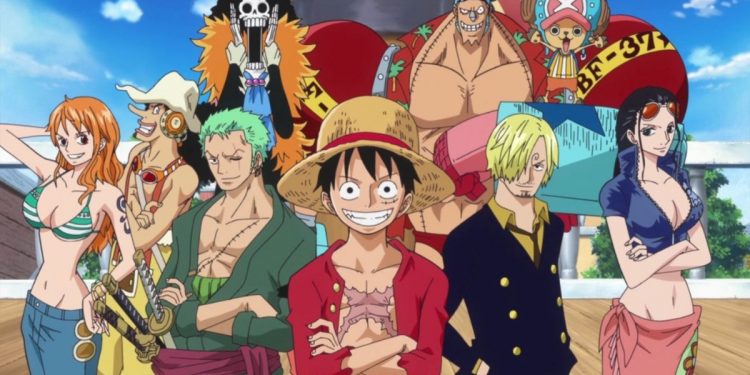 It has been 24 years since the One Piece manga first came out, yet the magic of the series continues to grow stronger still. Might possibly be the most popular series of the entire anime industry, One Piece’s Mangaka has even bagged the Guinness Book of World Record for being the only author to have sold the largest number of copies for a single comic. Year after year, the fanbase of One Piece has just continued to grow. Now that we come to the end of the year, 2021, with one of the last chapters of the year being released on 5th December, fans have wondered just how many chapters One Piece released.

Being the largest running manga series amongst all, fans have come a long way along with the adventures of Luffy. Now, the question that remains to be answered is just how many chapters and volumes does One Piece have? Read to know the answer to the question, along with information on where to officially read the manga.

How Many Chapters Are There In One Piece?

With the latest chapter released on 5th December 2021, One Piece as of now has a total of 1034 chapters. With the first volume being released in 1997, the manga chapters, as of 2021, have been compiled into a total of 101 tankobon volumes. Due to the immense popularity of the manga, One Piece was later adapted into an anime series two years later in 1999.

Also Read: Will Shimotsuki Yasuie Die in One Piece?

Due to the immense popularity of One Piece, manga is available for reading on a lot of sites. It can mainly be read on the Official Shonen Jump site and MANGA plus. The One Piece manga has been authored and illustrated by mangaka, Eiichiro Oda. The first chapter of the manga was first released in July 1997 and since has been officially serialized in the Weekly Shonen Jump. The manga was adapted as an anime franchise after it was produced as a film by the company Production I.G and an anime series by Toei Animation in 1999. Toei Animation is not only responsible for the production of all the 23 seasons of the series but also the fourteen anime films and thirteen OVAs. One Piece also has several video games in circulation.

Gol D. Roger was renowned as the Pirate King, the world’s strongest pirate, and by consequence also one of the richest and most influential men. Despite having more achievements than can be counted, the Pirate King was a thorn in the side of The World Government. It was this, mainly coupled with the fact that he had an incurable illness which led to a willing capture and death of Gold D. Roger by the hands of the highest authority. However, the legend’s death only served to fuel an even bigger legacy.

His dying words, uttered with a smile on his face, disclosed the existence of the world’s greatest treasure, One Piece, and ushered in a period of global revolution. This global revolution came to be known as the Grand Age of Pirates, where the greatest of men passionately dream of discovering the legendary One Piece. The one who manages to find the personal treasure of the iconic Pirate King will be promised a definite and endless supply of wealth as well as fame and most importantly, the possibility of attaining the highest pinnacle of grandeur for a pirate; the title of Pirate King.

Thus begins the journey of our central protagonist during the said Golden Age of Pirates, Monkey D. Luffy, a 17-year-old youngling, who is definitely from the description of your average pirate. A unique individual, Luffy’s passion for being a pirate is driven by a pure and childlike wonder rather than the wicked and notorious greed to steal others’ belongings. The very thought of an exciting adventure that will lead him to encounter intriguing people and eventually the promised treasure is what gets him going. Following in the footsteps of his childhood hero, the previous Pirate King, Luffy and his crew travel the entire world and, along the way, encounter the most of the formidable foes, uncover the darkest of mysteries, and have the toughest of adventures, all with the intent of pursuing the fortune of all fortunes; One Piece.

Also read: When Did One Piece Manga Start? A Journey On A Cruise With Luffy