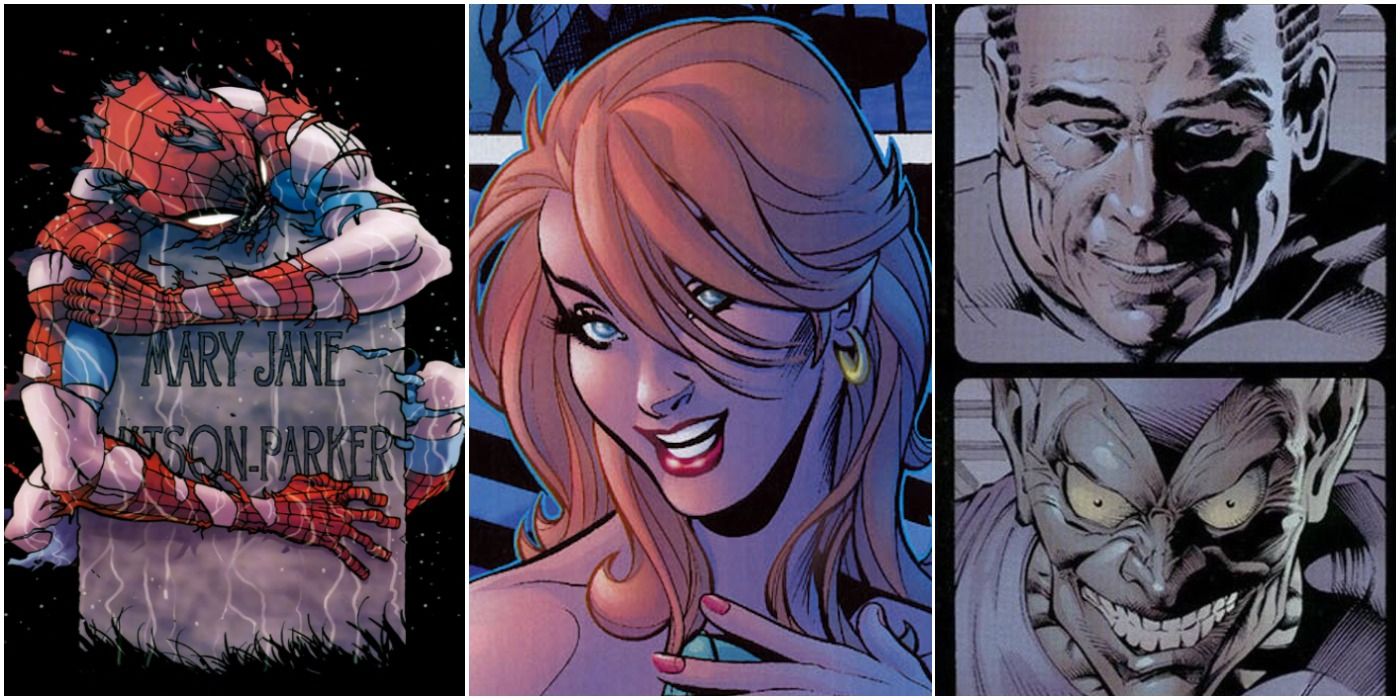 Comic books do not shy away from portraying graphic and gnarly deaths. As the years passed on, comic books got edgier, and with the edge came more gore. Some comic books are known exclusively for how gory they are. Some comic books are made with the specific aim to have gore and graphic imagery. Many comic book artists are known for their graphic adult content. And while mainstream comics are lighter and more kid-friendly, they can still boast pretty gnarly stuff. Spiderman is one such example of a straight-up gnarly death. Although it’s not about someone getting ripped apart or smashed to putty, it’s brutal nonetheless. Case in point, Mary-Jane Watson’s death in Kaare Andrew’s Spider-Man: Reign.

Issue number 3 of the Reign run had a pretty gnarly death in it. The death in question is of Spider-Man’s love interest Mary-Jane Watson. In this run, he’s able to live with the love of his life and become a superhero the city needs. However, it all comes crashing down eventually. So what happens that causes such massive change and also leads to MJ’s death? If you want to learn more about her death and how she died, read on!

The four-part limited series was published between 2006 and 2007. The story of Andrew Kaare’s Spider-Man: Reign takes place thirty years into the future. A new regime now rules over Manhattan, creating a dystopian nightmare. Mayor Walters activates a new system to “protect” the city. This system, called WEBB, constitutes a force field that envelops all of New York. Meanwhile, Peter is working as a florist and hasn’t dawned his suit for a really long time. He is not the friendly neighborhood superhero he once was. He doesn’t pay attention to someone getting beaten up, gets fired from his job, and lives a morose life. Jameson gives him a package and walks away, starting a riot with an army of children. Inside the package is one of Peter’s old costumes. 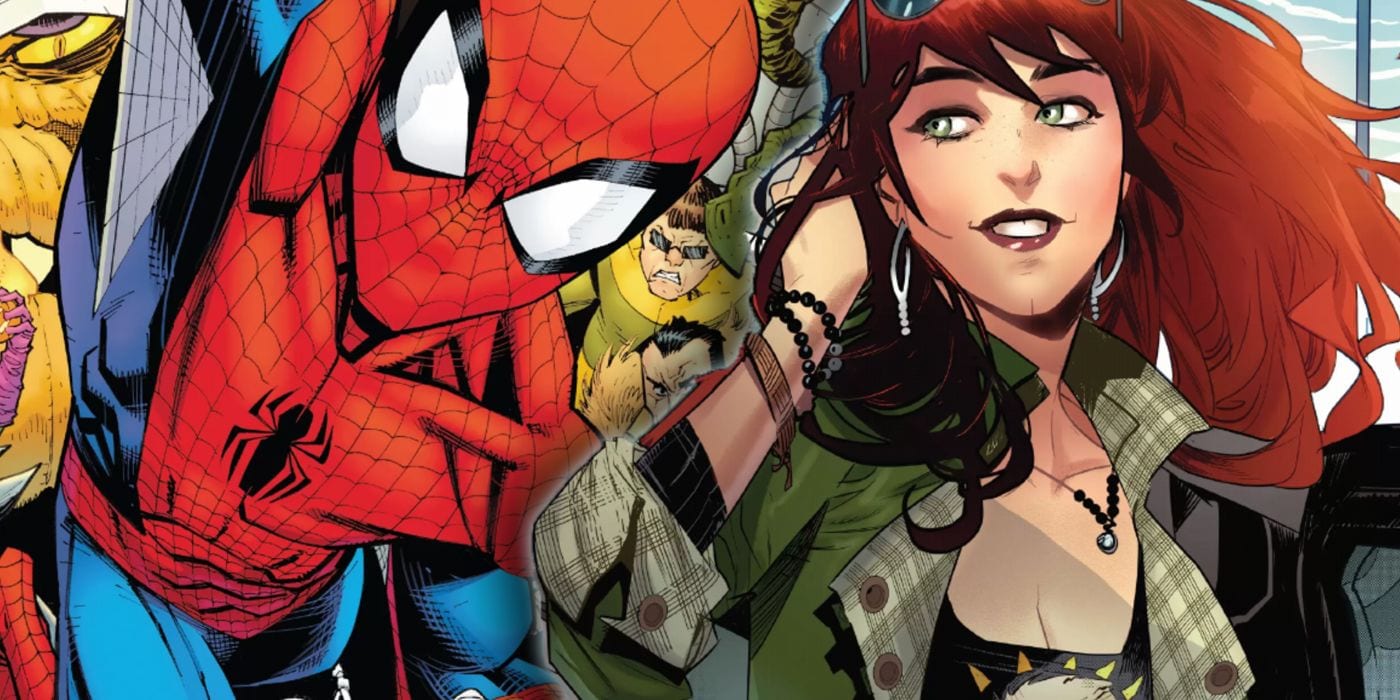 Mary-Jane Watson is one of Spider-Man’s long-time love interests in comics and movies.

When the word goes around of Spider-Man’s return, Mayor Walters forms a new version of sinister six. The new version is called Sinner Six, comprising Venom, Kraven, Sandman, Electro, Mysterio, and Hydro-Man. Spiderman is a heartbroken, shattered reflection of his past. He keeps having visions and nightmares about Mary-Jane Watson. He eventually recovers tho and suits up once again. Meanwhile, Walters has amped up the oppression on the city through the “Reign” police. Spider-Man goes against the Sinner Six, fighting 6-on-1. Sandman taps out of the Sinner Six, due to his daughter’s death at the hands of Reign. He later assists Spidey in killing all of the Sinner Six. Spider-Man then defeats Waters and also the Reign, freeing the city of the force field.

How Does Mary-Jane Watson Die in Spiderman Comics?

Throughout the story, we see Peter grieving and having visions of Mary-Jane Watson. We know that she’s dead, and it has defeated him, made him a bitter and sad person. Aged, scrawny, and mad, Peter lives a life haunted by his past. The weight of responsibilities has crushed him, and he lives in bitter isolation. We also understand that Peter had to do something with her death. It’s issue 3 when we finally get to see what happened to Mary-Jane Watson. In issues leading up to the third one, we see what transpired with MJ. He continued to see a red-headed specter, who is obviously MJ’s visions. So what happened with Mary-Jane Watson, and how did she die? 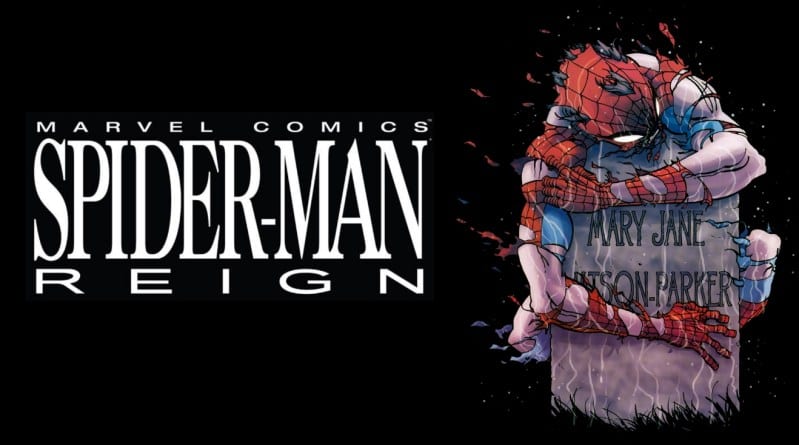 As it turns out, in a tragic and uncalled-for twist, that MJ didn’t die a death the fans could’ve anticipated. It was nothing conventional like dying in a bomb blast or a collateral damage spree. No, it’s much more dark and brutal than that, also gross, very gross. As everyone knows, Peter got his powers when a radioactive spider bit him. However, as he got superhuman abilities, his blood also becomes radioactive. Not only that, every other fluid inside Peter becomes radioactive. This means the lovemaking between Peter and MJ eventually leads to MJ’s death. It’s actually Peter’s radioactive sperm that transmit cancer killing her on a cellular level, Yikes!