How did Markie Post Pass Away, What Happened To The Acting Icon? 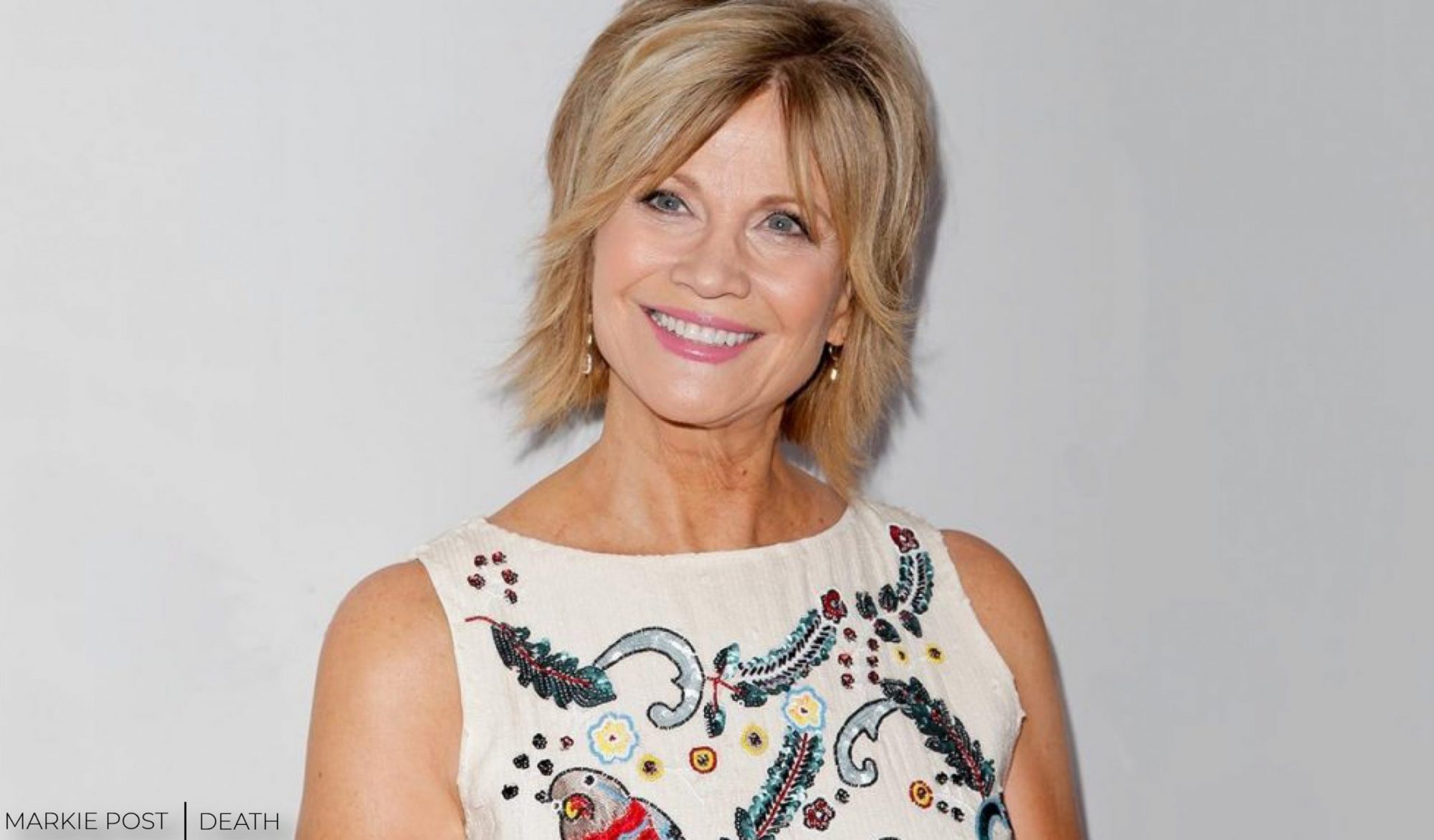 In this article, we will be looking at how did Markie post die. Before we look into how did Markie Post die, let’s look at who was Markie post? Born on November 4, 1950, in Palo Alto, Calif, Marjorie Armstrong Post, or as we all know Markie Post, was an American actress who was born on November 4, 1950. She was known for her roles as bail bondswoman Terri Michaels in The Fall Guy show on ABC, which premiered from 1982 to 1985. She also appeared as public defender Christine Sullivan on the NBC sitcom Night Court, televised from 1984 to 1992. Her other notable role was Georgie Anne Lahti Hartman on the CBS sitcom Hearts Afire, which aired from 1992 to 1995.

Other works of Markie Post include the 1980s film The Fall Guy, in which she starred as the opposite character. She also appeared as John Ritter in the sitcom Hearts Afire in the year 1990s. She had a huge career in the industry that spanned over four decades. All of her fans were shocked to hear her loss on Saturday. Where she spent her last moments at her home in Los Angeles, in this article, we will be looking at what was the reason for Markie Post’s death and everything you need to know.

Also Read: How Did Donna Troy Die: Is She Going To Return For Titans Season 3?

Markie Post died on August 14, 2021. At the time of her death, she was at her home in Los Angeles. Her manager, Ellen Lubin Sanitsky, revealed her death news. She also revealed the official statement from Markie’s family as well as the reason for her death. It has been officially confirmed that Markie Post died while battling cancer.

She had been battling cancer for four years. Even after getting diagnosed with cancer, she continued her acting gig while undergoing chemotherapy treatments. She often referred to the chemotherapies as her side job. Even after her diagnosis, she worked on a Lifetime Christmas movie and even appeared on the recurring guest role on the ABC series The Kids Are Alright.

Markie began her career by working on game shows, where she wrote questions for the shows like Family Feud. She also had the responsibility of finding prizes for the show The Price Is Right. She had also worked as a researcher for the show Split Second. In an interview with Bill Tush back in the 1980’s she said that she said that she had learned more researching that game show than she did in four years of her college. In the year 1998, she was cast as the ditsy mother of Mary, the main character in the show There’s Something About Mary.

She had always been cast in daffy roles, thanks to her comedic timing. Ms. Post eventually became a television fixture during the 1980s. She had appeared on shows like The Love Boat, The A-Team, and Cheers before getting her prominent role as a bail bondswoman on The Fall Guy. This was an action show about a stuntman who moonlights as a bounty hunter.

Markie’s greatest success can be considered through her appearance on the sitcom Night Court, where she appeared in the show as Christine Sullivan, an alluring naïve public defender who was the romantic interest of Judge Harry T. Stone.

She was living with her husband, Michael A. Ross, and their two daughters, Kate Armstrong Ross and Daisy Schoenborn. In the family statement, which was released following Markie’s death, they said Markie was a person who made elaborate cakes for her friends, sewed curtains for the first apartments, and showed them how to be kind, loving, and forgiving in an often harsh world.

Also Read: Gavin Macleod Net Worth: How Rich Was The Love Boat Star Before Passing Away?

Who Does Nami End up With? The Adorable One Piece Character

How did the Ninja Turtles Die? The Tragic Story of TMNT