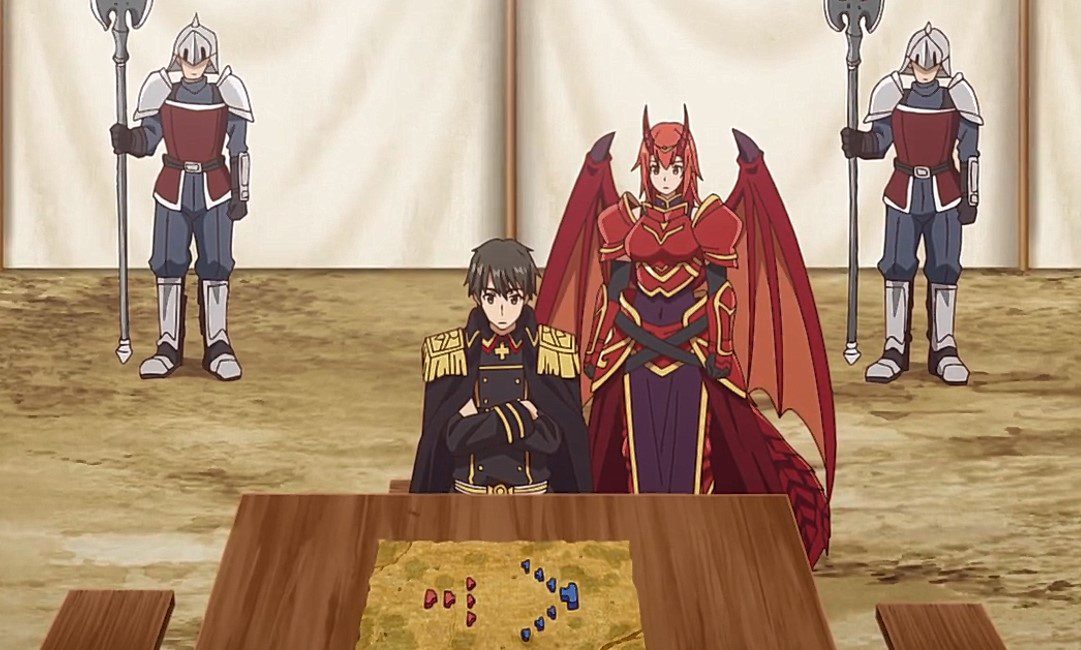 Kazuya and his party are trying to find out how they can defend their territory. The soldier sent a report to Kazuya that the entire Amidonian Army was advancing. Kazuya realizes that this is a frontal assault. Kazuya’s team waves the flag to Helbert and other warriors to get ready to launch a surprise attack on the enemies. Helbert orders Crane Wing formation Royal Guard and Forbidden Army in the center with General Glaive on the left flank, including Princess Liscia on the right flank to engage the enemies. Kazuya and Carla watch the formation of the Army from above.

Both armies clashed their weapons, and the leader of Amidonian soldiers shouts that his men are fearsome and will show them. Kazuya’s men told his team to strike with the fury of those whose country had been invaded. Kaeda is using magic to control the ground and make the enemies fall inside the pit. Helbert uses fire arrows that explode when making contact with the enemies. Aisha uses her gigantic blade and sweeps half of the men in front of her. She told those guys that they would never lay a finger on the princess.

Previously on How a Realist: Hero-Rebuilt-the-Kingdom Episode 12

The princess reveals that she is Liscia Elfrieden, the daughter of Albert, and tells them to come and get her head if they dare to. Carla notices that Kazuya is thinking about something, and she asks him. Kazuya replies that a figurehead general is supposed to remain in camp. Carla wonders if Kazuya is not afraid to die and Kazuya replies that he is not suicidal. Kazuya adds that he might be a charlatan, and unless he becomes a full king, he can’t send soldiers into the battle. He wonders if he is forward since he doesn’t want to see his men die or getting hurt. 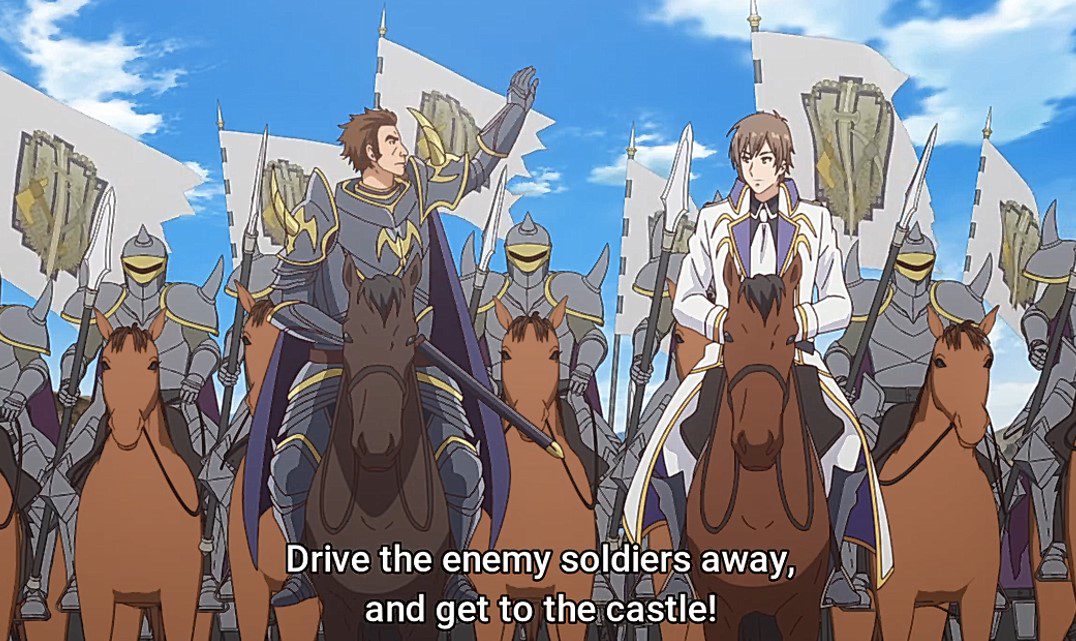 Kazuya decided that he had to fully become the king of this state institution to join the battle. The warriors continued to changes massive blows, and the leader told Julius not to enter the battlefield. Julius wonders why his father is removing him since the battle has begun and there is no threat coming his way. Julius’ father admits that the battle is lost since he was a fool to send exhausted soldiers into this war. But he will buy them some time to find a way to escape.

Julius realizes that his father is protecting him since he is the heir to the throne. He might die during the battle. He asks his father to retreat with him, and his father replies that it is impossible since they are after his head. Kazuya decided to defeat Julius’ father, and the hardliners within the Principle of Amidonia will cave. Julius’ father made a clone and entered the battle while beating his enemies to the ground. Kazuya’s Army defeated their enemies, and they later celebrated. 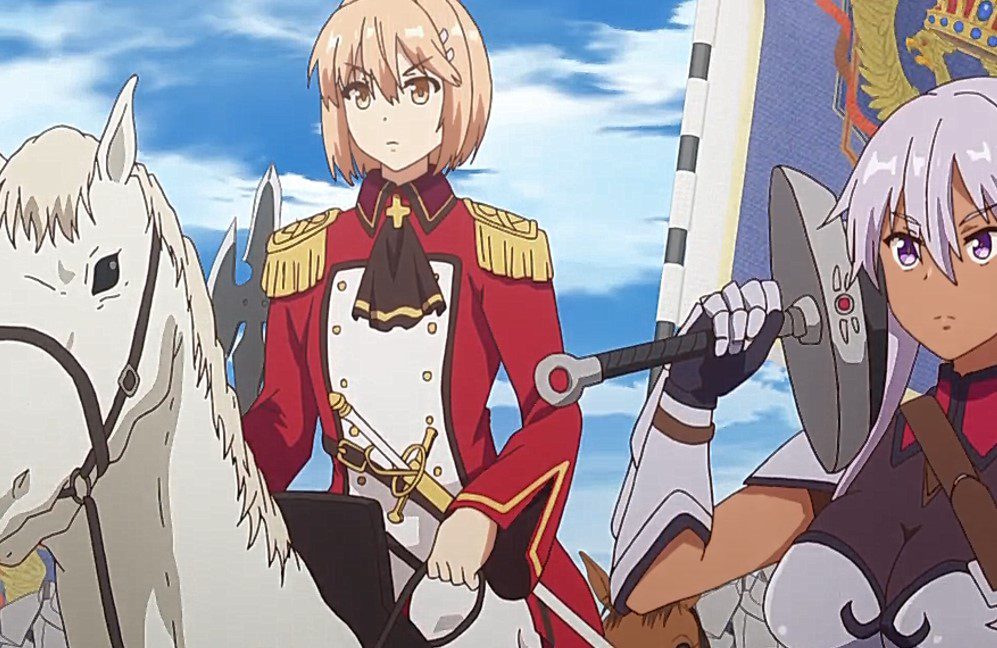 In this article:anime, How a Realist Hero Rebuilt the Kingdom