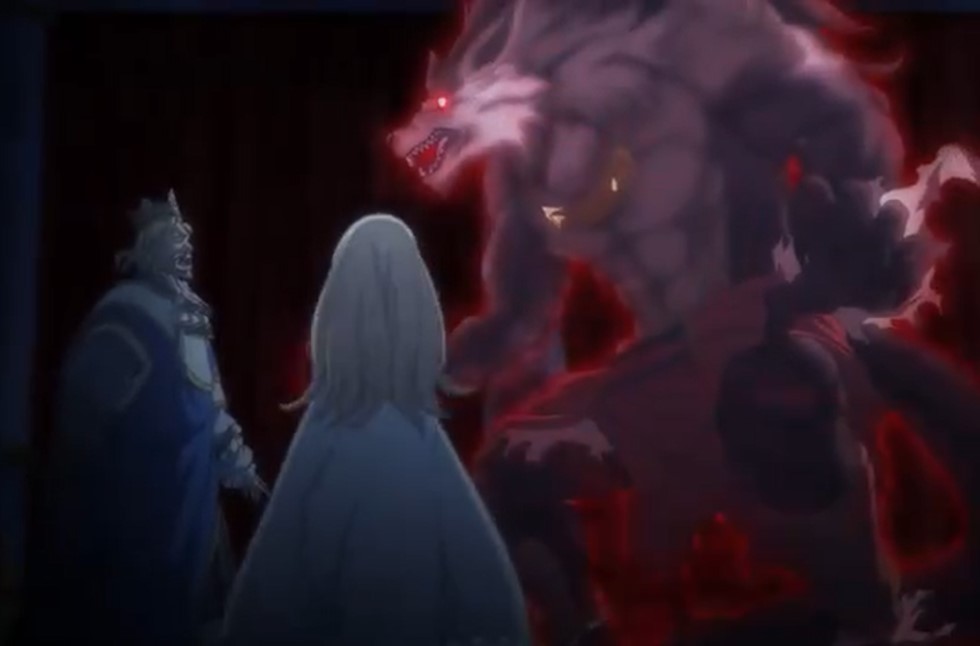 The incident happened around the 5th of December when a knight visited King talking about the betrayal and the anger that has been inflicted on him and he asks if it is this what the king rewards his loyal retainers. He powered up and evolves into a demon wolf and kill the king in a single slash. A royal lady witnessed everything as she appeared the moment the king was killed. The knights who were outside the royal castle the warrios heard a wolf roaring and started a fight.

Hortensia Saga Episode 2 will be released on Thursday, 14 January 2021 JST. You can stream the latest episode of this anime on AnimeLab and Funimation. Every Wednesday we will be hitting you with a new episode every week. Let’s take a look at the recent development below. 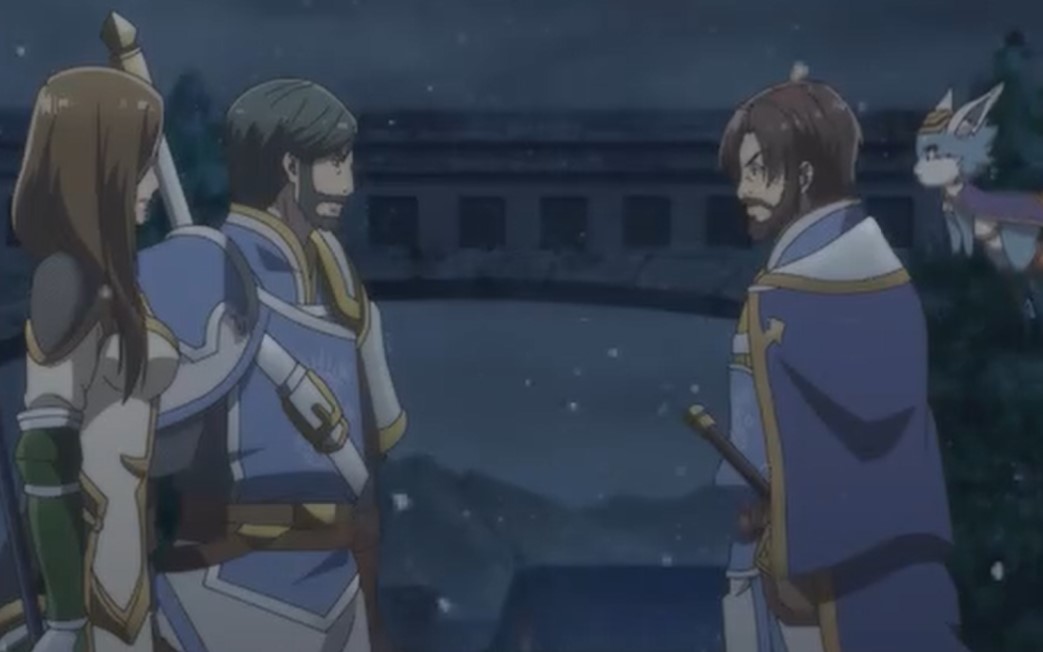 They started to charge inside the palace destroying everything on their way and they said that there is no reason to fear Hortensia. They are fighting for their honor and they want the knights of Hortensia to taste the humiliation they have suffered. The wolf beast continues to kill the samurai inside the castle. The royal lady is just watching with fear. But an evenly matched samurai is clashing with the beast while Hortensian Knight Templar Fernando Albert shows up outside.

He tries to stop the war stating that there are brothers in arms with Camellia. The warriors replied that they are no longer brothers with Hortensia. The warriors started to attack Fernando who keeps on defending without hurting them. The battle became fierce which make Fernando go for the kill. After killing two warriors he started asking himself what is going on and a flying kitty came and told him that Mariel is in trouble.

It also revealed that the king has been attacked. Fernando heads inside the castle to see what is happening while Maurice is worried that they have been attacked out of blue by Camellia warriors. It has been revealed that Maurice is the Hortensian Knight Templar Captain. Olivier reveals that the negotiation between the king and Duke Rugis must have broken down. Fernando calls the two to join him.

Fernando explains what Duke Rugis is doing and the princess along with the king is in danger. While the trio is planning to defeat Duke a Cerberus show up behind them. Fernando comments that it is the monster of Magonian lore and other demonic monsters started emerging from the grounds along with the undead. The monsters started to kill and devour humans inside the royal capital. Olivier orders the two to go save the king and princess.

She promised them that she will take care of everything outside. When Fernando and Maurice arrive where princess Mariel is they find her on her knees crying. When they look they find that the king is lying in a pool of blood. They realize that they are too late and Leo is also lying nearby with a spear through his belly. Fortunately, Leo is still alive and he orders them to take the princess and escape.

Fernando replies that he is not leaving without him and Leo ask Fernando to stop Duke for him. All of a sudden Leo also passed away and Maurice got slapped by wolf beast Duke and send him flying. Duke left a huge scar on Maurice’s face and he is heading for a finishing blow. Fernando interferes when Duke wanted to devour princess Mariel. He put his sword between Duke and Mariel which makes Duke chew his sword.

The two clashes and Fernando got overpowered. Duke chew Fernandos’ shoulder who manages to get away from Duke’s mouth. Fernando said that they can let the light of Hortensia’s hope to go out. He reveals that on his code of chivalry he swears to stop Duke while preparing to land a blow that will put Duke to sleep. Meanwhile, Nonnoria at a nearby village she heard someone knocking at the door.

Her brother said that it is her father. When they opened the door they find that it is uncle Maurice with princess Mariel. Alfred notices that uncle Maurice is carrying his father’s sword and started to wonder what has happened. Maurice lost his eye during the battle with Duke and Alfred is asking if Fernando is coming back. Fernando is Alfred and Nonnoria’s father and Maurice hands Fernando’s sword to Alfred.

Maurice apologizes and Alfred realizes that it means that his father died during the battle. Alfred and Nonnoria mourn for the father. It has been revealed that Grand Duke Rugis F. Camellia is the leader of Camellia’s warrior. He is the one who rose up in revolt against the kingdom without warning. Duke was stoped but the king died during the battle and princess Mariel has gone missing. After everything has been settled Mariel’s younger brother prince Charlot be can the new king.

See you next time when the new episode hits you can try to get more updates here Hortensian Saga.