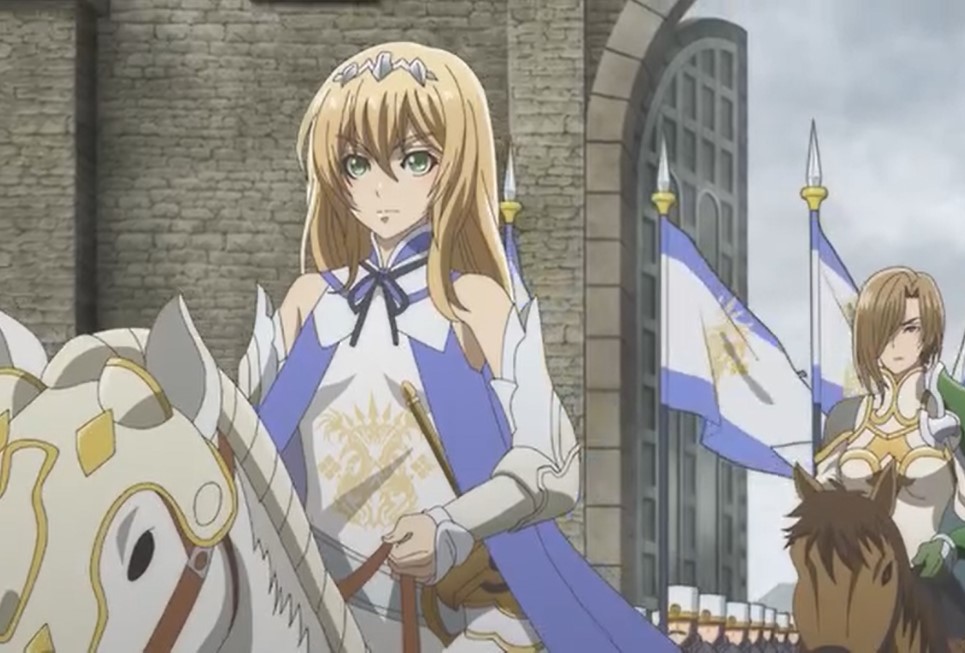 Marielle is glad that she is getting support from both sides. Meanwhile, Alfred and the other warriors are slaying their enemies in the battle. She is glad that there is the light of hope for those who want peace and those who want to live in tranquility. Marielle vows that she will take everyone’s wish, hope snd desire and unite them as one. Goerg has finished reading his book and comments that the time has come he can die without regrets. He headed out and left his book on top of the table.

Maurice is slashing the knights one by one as they plan to retake the kingdom back in their hands. He manages to block two knights, but the other one was attacking from behind. A huge Axe pierced the head of the knight that was attacking Maurice from behind. Maurice hears a voice telling him that he is starting to lose his edge. The Royal Order Squad 2 Commander Balthauser Dreadnought appears. He told Maurice that he is not supposed to be shaken by youngsters such as these. 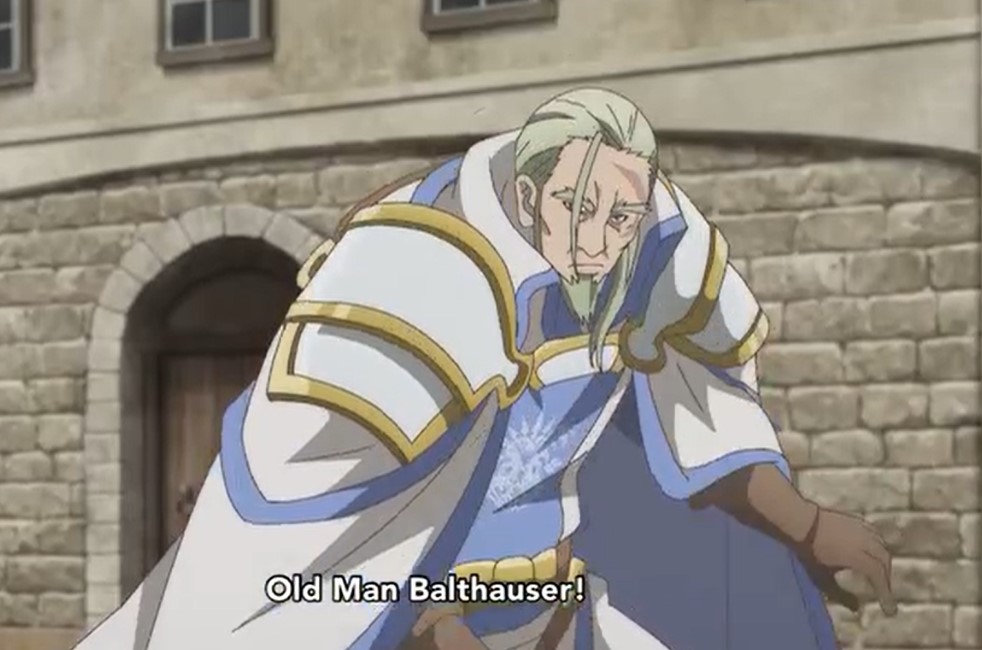 Maurice can’t believe that the old geezer Balthauser is joining the battle. Marielle and the others arrive at the battle. She heard that Balthauser has arrived, but it was a bit late. Aldeheid thought that Balthauser was killed by Flegel. Balthauser replies that they might try striking him from the shadow or knocking him over a cliff, but he will not die. Maurice comments that the old geezer is not called the immortal hero for anything. All the enemies have been defeated ever since the immortal hero arrives.

Danios comment that that’s not being a hero; it is more like being a monster. He is surprised that the old geezer swoops half of an army with a single move. Aldeheid asks the immortal hero to return to his previous squad and take command of it. Balthauser decided to first bow infront of Princess Marielle before commanding his squad. He told Marielle that he was unable to stop Vall d’Helbron’s ambitions in the past. He also failed to protect king Charlot, and he apologizes for his errors.

Marielle comments that the tragedy that has befallen this nation begun as his father’s twisted wishes. She reveals that she will put a stop to everything created by her family that is causing the nation to fall. Balthauser is glad that Princess Marielle is has grown into a fine lady. Meanwhile, Lugis is in the woods with Roy. He told Roy that the time has come, and Roy said, what if he refuses. Lugis told Roy that who will stay on his throne if he refuses. He told Roy that he must follow him and they are going to join the battle. 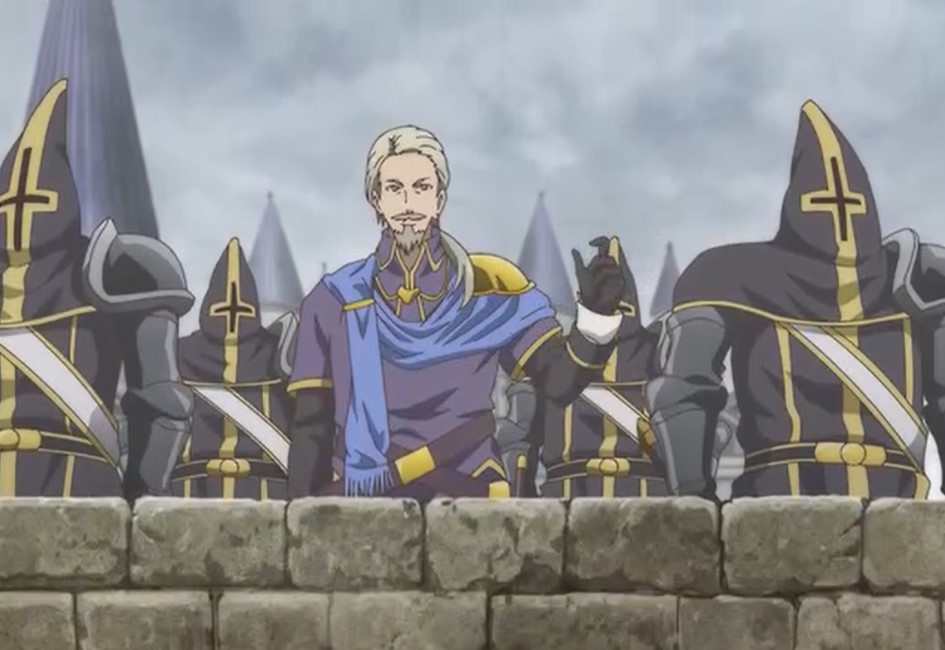 The Elva twins are glad that it is time for them to enjoy killing. Alfred and Maurice noticed that their enemies had pulled a good tactic, which means they had good leadership. Maurice comments that it is a fighting style that makes sport of the enemy by coordinating one’s soldiers. Maurice realizes that there is only one person who is good at that, and it is Georg. Georg is commanding the knights on how they should counter Princess Marielle’s army.

He is betraying Alfred and Maurice since they were working together at the beginning. But now Georg is showing his true colors. George told the knights to hold back the rebel army no matter what it takes. Alfred questions Maurice why captain Georg is fighting against them since he is Maurice’s friend. Maurice said friendship and conviction are two separate things. He decided to fight will Georg alone and settle the scores.

Maurice reveals that he knows how Georg operates, and he is the only one who can take him down. The battle started, and the warriors began to kill each other brutally. Maurice confronts Georg and asks him why he remains faithful to the Orthodox Church. Georg said that he is doing his duty. The two exchange sword slashes; meanwhile, Lugis and Roy arrive at the battlefield. Lugis told the Eva twins that they are here for the relic.

Hortensia Saga Episode 12 will release on Thursday, 24 March 2021 JST. You will be able to watch Hortensia Saga online on  AnimeLab and Funimation. Let me take you to the preview of the episode finale below.