Hermitcraft Season 9: What is the Big Moon Mayhem?

When will Hermitcraft Season 9 Start? Here's what you need to know about the Game. 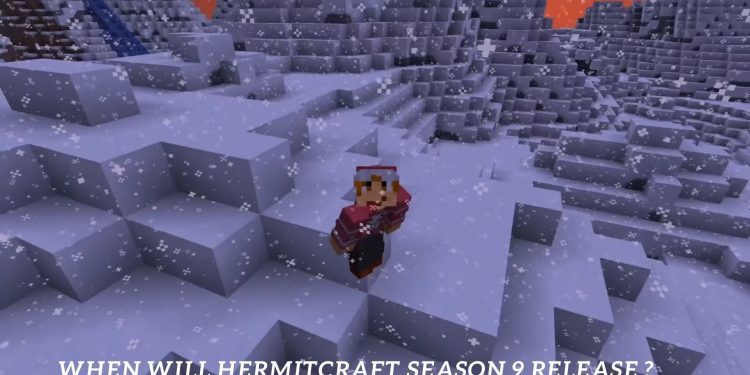 Hermitcraft is a server that was once not so popular among players or other consumers but now, the server is on hype. As mentioned, it was not so famous, so many of us aren’t aware of the previous seasons of the server. So, in this article, we are going to cover the history of the Hermitcraft Server but in brief. Furthermore, for those who don’t know, it is a server created by famous YouTubers, and on this server, all the hermits try to make their region the best. They do pranks on others, they make teams, they do make their dream house, and they do a lot more.

What is the history of the Server?

It was the year 2012 when Minecraft’s fame was growing day by day. Generikb started the SMP and simply called his friends as he wanted to have his own SMP where they could have fun. Then, the 1st season of Hermitcraft started where there were 30 Hermits, among which 26 played and made the videos, but Sokar didn’t make videos, just played. At that time, youtube was not that famous on which these YouTubers could rely on, so they weren’t full-time YouTubers. Season 1 had a lot of problems and difficulties where YouTubers were not sure whether this server would be a success or not, but still, they didn’t leave. And season 2 started, but there was no Generikb as he left. So, some YouTubers left, and some were added to the server. Now, the server was growing, and in season 3, the one and only MumboJumbo entered the SMP.

Just like this, some famous YouTubers with lots of views joined the SMP, and some left. When season 4 started, the people started loving the SMP, and season 4 was going to be the difficult one for the Hermits. Also, it was the shortest season till now. Now, with growing success, the Hermits started taking the series seriously, and they became full-time YouTubers and started maintaining their families with those youtube money. Season 5 was on the rise because earlier, the series was struggling to have success in terms of audience, creativity, and other things. But now, the series took a different turn, and in 2020, lockdown started, and people started spending more time watching this SMP. So, the Hermitcraft series became a huge success.

When will Hermitcraft Season 9 Start?

There is no rigid release date for Hermitcraft Season 9 announced yet. But, Hermitcraft is likely to release in early 2022 as two YouTubers, Docm77 and Rendog, confirmed the release year but not the date. Minecraft 1.17 didn’t have some of the features that the hermits wanted in that update. Minecraft 1.18 update was released on November 30, 2021, and that too with a lot of new and exciting features. Therefore, hermits were eager to use those features in their server, but that was not possible if they didn’t end season 8. They had to end the server soon if they really wanted those features, so they came up with a unique idea. They decided to let a big moon fall on the server and destroy all the stuff they made.

All the hermits uploaded the same video of the falling moon on the server on December 22, 2021. If you follow MamboJumbo, he said in his last Hermitcraft video ”See you next year”. Decoding his line, he might be indicating that the next season will be in 2022. But, XisumaVoid said that hermits want some rest before starting the new season. Moreover, the Hermitcraft season 8 was the best and one of the most popular seasons. It started on July 19, 2021, and finally ended with an iconic idea, Big Moon Mayhem, on December 22.

Also Read: Who Is Herobrine In Real Life? Minecraft: The Story Of Herobrine And His Identity