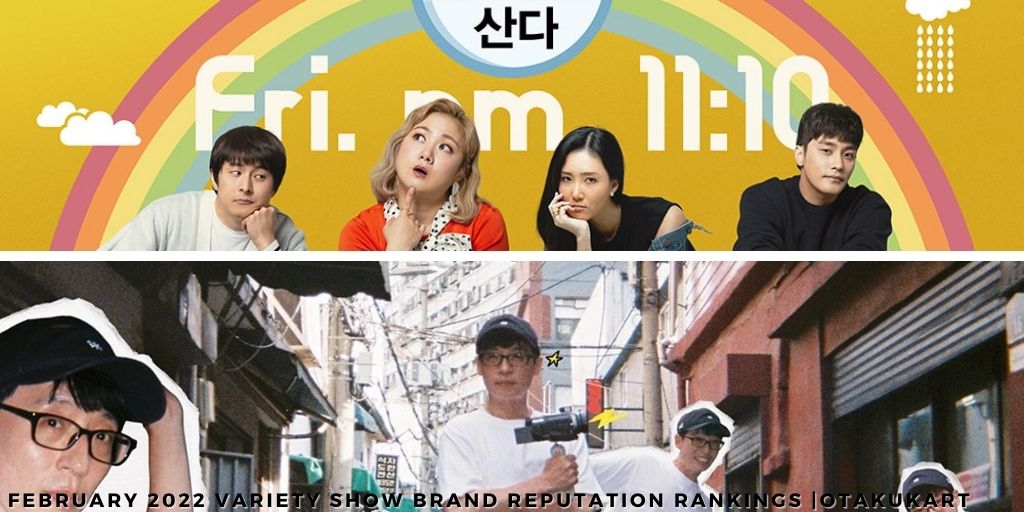 The Korean Business Research Institute has released February 2022 Variety Show Brand Reputation Rankings! The brand reputation ranking for the variety shows is determined by the viewership rating, of course, how popular the show was, the interactions between the audiences, and the awareness spread by the variety show. Along with K-pop and K-drama, Korean variety shows have also been gaining attention for their funny storylines, interesting motives, and exciting challenges and games. Who wouldn’t love to lighten up the mood by watching fun Korean variety shows during the holidays or during study breaks!

Not only are these variety shows funny but they also bring out the best among Kpop idols and Koreana actors. Fans get to know more about their favorite celebrities when they participate in one or more episodes for a variety show. Plus, those who want to learn more about Korean culture can also learn various things while watching the Korean shows with subs. Now without further ado, keep reading to see which Korean variety shows made it to the top 10 of the February 2022 Brand Reputation Rankings for the category.

How Do You Play? or Hangout With Yoo is a program directed by Kim Tae Ho and yu Jae Suk which basically follows Yoo Jae Suk and the guests learning new things while vlogging till the camera’s battery runs out. Recently, stars like Ha Ha, Jung Joon Ha, Lovelyz’s Lee Mijoo, and Shin Bong Sun had joined the show as regular members. At the beginning of this year, How Do You Play released episodes with segments like Return Of The King and Acron Festival. Recently, its episodes had also been delayed due to the Olympic Games Beijing 2022. 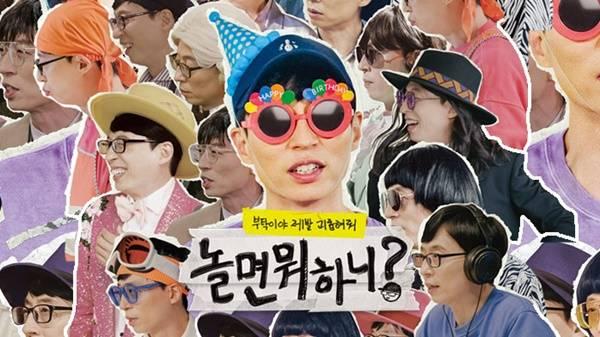 How Do You Play cr: Rakuten Viki

Coming back to the brand reputation part, the show had scored a brand reputation of 5,203,238 topping the list of February 2022 Variety Show Brand Reputation Rankings. Some of its highest keyphrases included Antenna, TOYOTE, and Kim Tae Ho. Antenna Labels had been in the news as Lovelyz’s Mijoo had recently joined the label after being persuaded by Yoo Jae Suk. Meanwhile, Lovelyz’s Mijoo, Yoo Jae Suk, and Ha Ha had also debuted as a trio group called TOYOTE. The show even had 80.82 percent positive reactions! Go ahead and watch the show on Rakuten Viki!

Home Alone or I Live Alone takes the audience into the normal lives of celebrities without applying any filter. Maybe that is why it is named the Real-Variety show as it is like a documentary of the Rainbow Club Members in and out of their house mixed with a variety show. From the synopsis of the show, you could already see why so many people would like to watch the show. Unlike how many shows claim to be unfiltered, the show actually has gained popularity even internationally for showing the real lives of celebrities and guests. 3. Thank You Everyone- Song Hae

For 2022’s Lunar New Year Plan, KBS has organized something really special. For those who don’t know of Song Hae, at the age of 94-years-old, has been MCing the show National Singing Contest in the year 1988. Fun fact, he is also a veteran of the Korean War. Man, this man is great. So, it would not come why KBS had planned a tribute performance from the juniors for the MC Song Hae. Thank you Everyone-Song Hae was a trot musical that follows the life of Song Hae. Ae-Ri park played the role of Song Hae’s mother and had also included great roles from So-hee Song, Seo-jin Park, Tae-yeon Kim, and Jam-eon Hong. 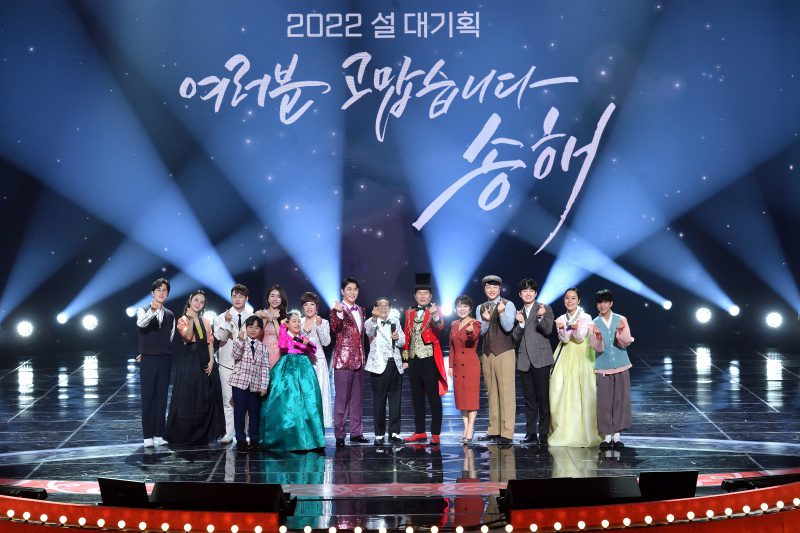 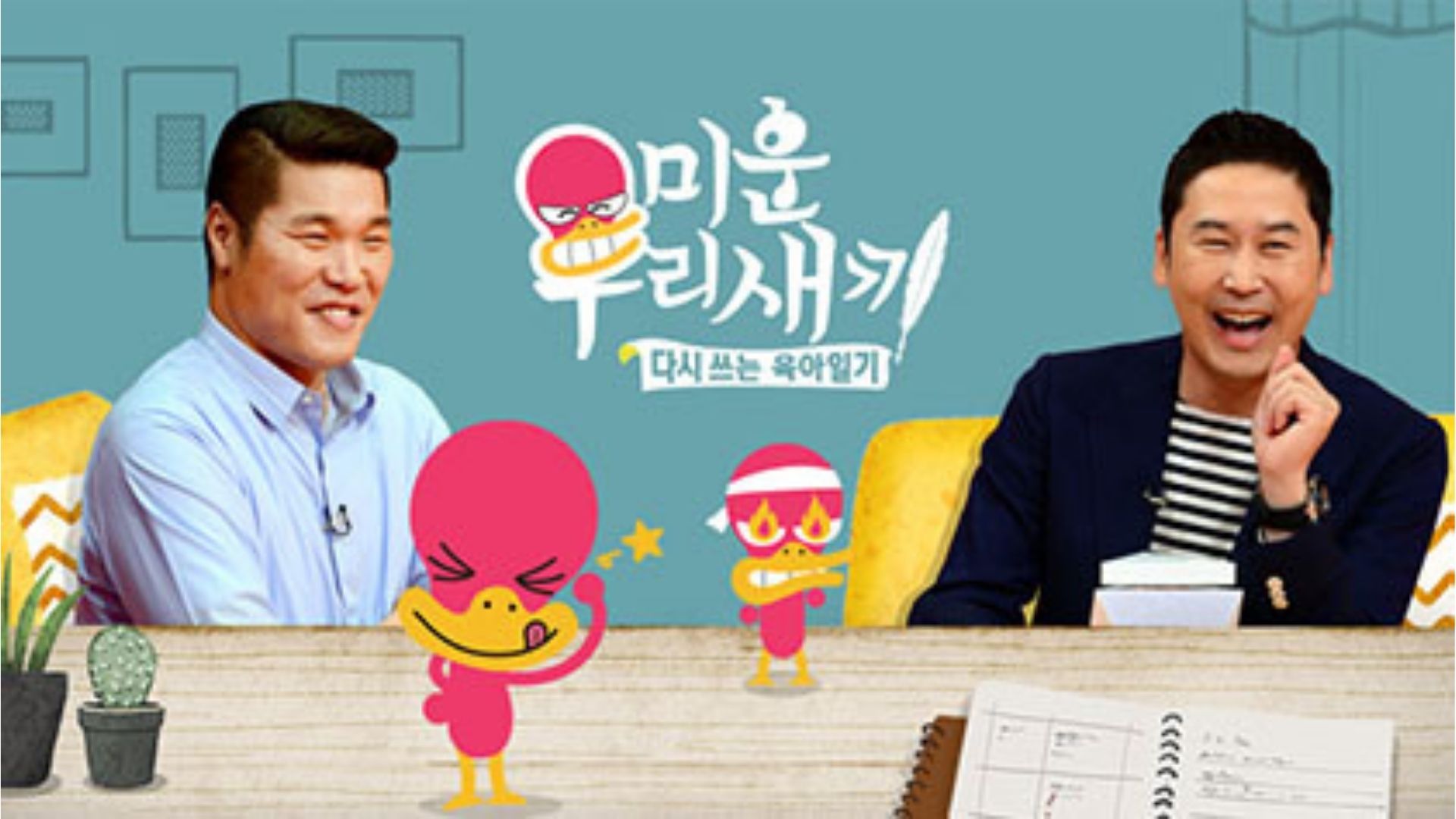 My Litle Old Boy had ranked fourth in the February Variety Show Brand Reputation Rankings 2022 with the brand reputation index of 4,336,738. The show recently had invited celebrities like Shinee’s Onew and Apink’s Jung Eun Ji in the recent episodes. Catch the show on Rakuten Viki.

Knowing Bros or Men On A Mission is one of the international fans’ favorites. The show consists of the now eight members mischievous brothers of Brother School- Kang Ho Dong, Lee Soo Geum, Seo Jang Hoon, Kim Young Chul, Super Junior’s Kim Hee Chul, Min Kyung Hoon, Lee Sang Min, and Lee Jin Ho. Moreover, Lee Jin Ho became one of the main hosts quite recently from the 304th episode. The celebrity guests are invited to the Brother School where the mischievous hosts wait for them. The show consists of several segments in which we get to know about the celebrity/ celebrities. 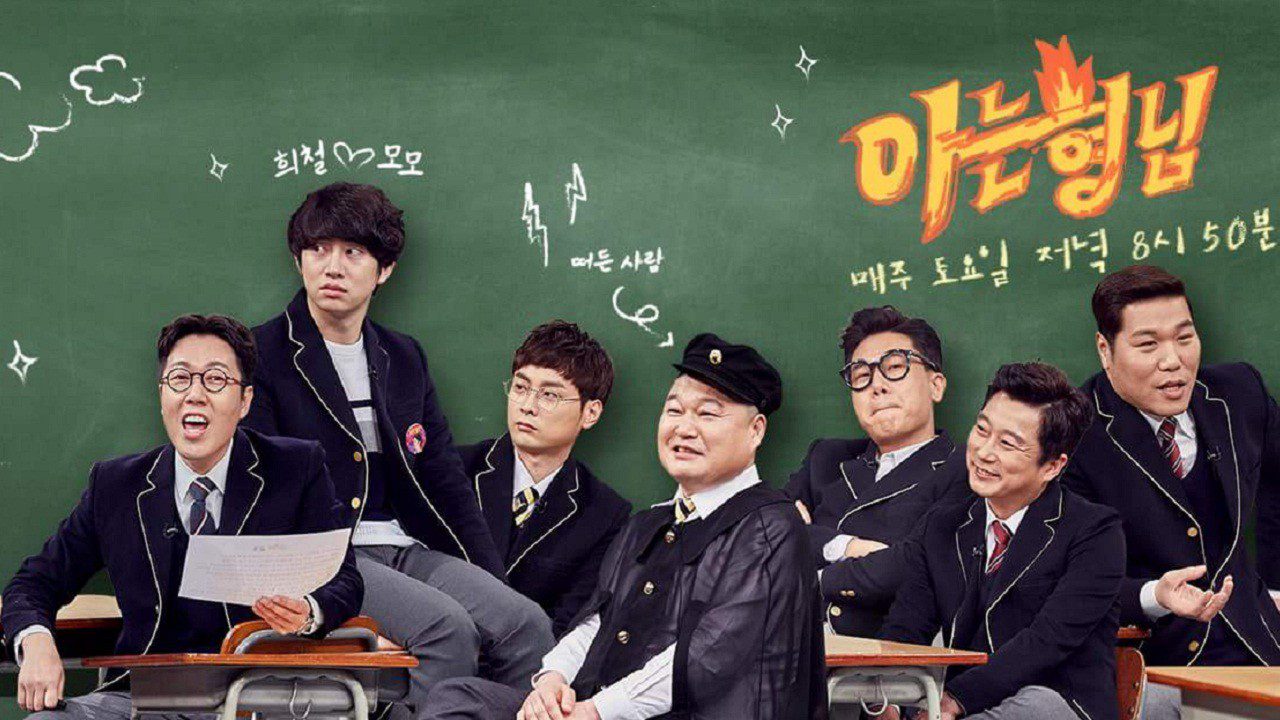 One of the sessions consists of a Q&A session in which the celebrity asks the host an interesting question and the hosts humorously try to get the correct answers.  Recently, celebrities and K-pop groups like IVE’s Yujin and Wonyoung, 2AM, Kang Ye0won, Song Ji A, Epik High, 2PM’s Jun, K and Woonyoung, The Boyz’s Juyeon and Q, etc. had guested on the show. It would be not an exaggeration to say that this show is a hotspot for Korean celebrities. Many K-pop idols also consider this show their favorite. So jump on in on the fun ride with Knowing Bros on Rakuten Viki.

Radio Star is a talk show that asks the guested celebrities the answer to all fans’ burning questions by the four DJs. Who are the DJs? The tremendous show has been led by Kim Gook Jin ( Golf King), Kim Gu Ra ( Late Night Ghost Talk), Ahn Young Mi ( Celeb Five: Behind The Curtain), and Yoo Se Yeon ( I Can See Your Voice Season 9). The show has been receiving a lot of attention lately. It seems that Radio Star’s luck has risen this year due to it having its highest ratings yet in nearly 2 years thanks to the cast of the hit historical kdrama The Red Sleeve Cuff. On its 755th and 756th episodes 2PM’s Lee Jun Ho, Lee Se Young (The Crowned Clown), Jang Hye Jin ( Parasite), Oh Dae Hwan ( Once Again), Kang Hoon ( You Are My Spring), and Lee Min Ji (Farming Academy Season 2). The cast sat down and talked about various things such as why Kang Hoon became an actor, to Lee Jun Ho dancing to My House with the staff. Check out the episode on either Rakuten Viki or Kocowa.

The top 6 included of the February Variety Show Brand Reputation Rankings 2022 were given above- How Do You Play?, Home Alone, Thank You Everyone- Sang Hae, My Little Old Boy, Knowing Bros, and Radio Star, in order. The others on the top 10 of the list are Running Man, The King Of Mask Singer, Kick A Goal, Sing Again respectively. Running Man is an exciting variety show where the guests play outdoor games etc., King Of Mask Singer introduces us to the best of the best vocalists, Kick A Goal shows us the hidden soccer stars in female celebrities, and Sing Again is quite a recent variety show that also has greeted us to countless amazing singers out there! The shows that had reached 11-20 positions on the rankings list are Immortal Songs, 2 Days & 1 Night Season 4, My Golden Kids, Bountiful Year of Jujeop, The Return Of Superman, The Manager, You Quiz On The Block, Mama The Idol, Tuesday Night Is The Best, and finally Amazing Saturday! Surely, Korean Variety shows are one of the best!