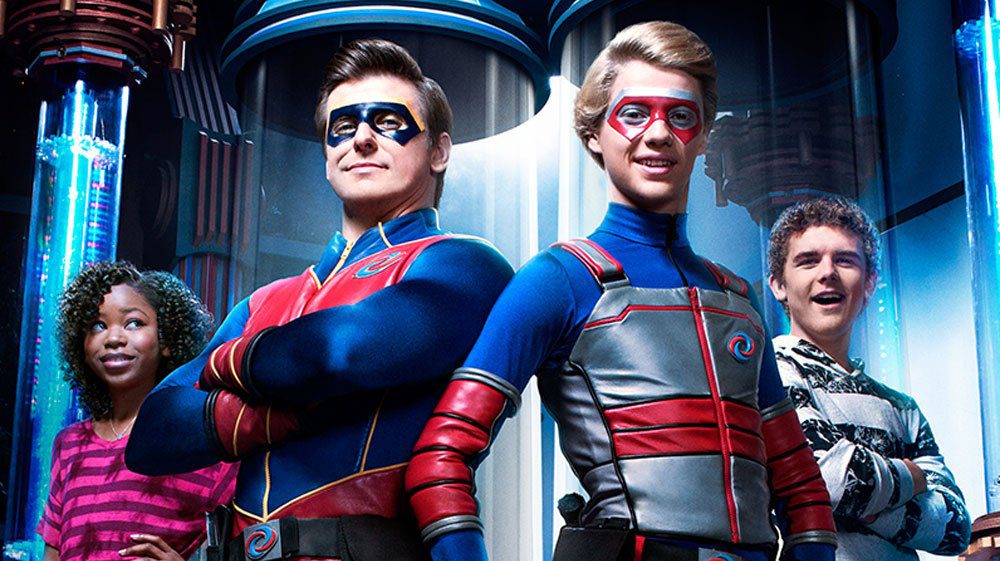 As you all know, all good things come to an end! The same is the condition with the series “Henry Danger” that has recently ended after premiering five amazing and mind-blowing seasons that have entertained viewers for more than half a decade. This series premieres on Nickelodeon, and it has become one of the most-watched series for that Network. Everything in this series, whether it is cast or crew, or plot or storyline or music or cinematography or editing or anything, it is just extremely perfect with high quality.

Average viewership for every season has remained above 2 million, and this is the series that is enjoyed by almost all age groups. The lead cast includes Ella Anderson, Jace Norman, Michael D. Cohen, Cooper Barnes, Sean Ryan Fox, and Riele Downs, and all of them have completely nailed their performances by being completely perfect in every shot. This series has ended, but a spin-off series for it is already ordered, which is very soon going to release. This series is also available on Paramount+ and Netflix, and you can even enjoy it there.

But with the end of the final season, many viewers and fans of this series want to know what drama has taken place in the finale episode and was it really worthy enough to give an end as it will always be remembered and today we have got every detail about it that what has happened in the finale episode. Honest review for the finale is that it is the most entertaining and the best episode of this series, and creators have successfully given a worthy end to this series and have completely matched all the expectations of viewers, and here are the details.

Henry Danger Ending Explained: What Happened In The Finale Episode?

In the end, it was shown that because of some accidental mistakes Jake, all the Man Caves start exploding one by one, and this was really big trouble. Then, Captain Man and Kid Danger and went to gain on Drex at planes. Because of Henry’s efforts, Schwoz, Bose, Mika, Miles, and Chapa get free as Henry reassembles the weapons with all his hard work and uses that on Captain Man and Drex, and this way, he was able to set all of them free. But after his attack, only Drex was unaffected as he takes off with the wipers.

Then came Charlotte, who tries to stop the remaining of the Man Caves from exploding at that time only, Captain Man and Kid Danger catch up with Drex to prevent him from erasing the memories of the citizens of the Swellview. When the two cavemen attacked Schwoz, Chapa got familiar with all the energies of the Omega Weapon, and he successfully created electrokinesis to use that on the caveman. Those energies also affected Miles, Mika, and Bose in a good way, and hence, Bose gained the levitation ability while Miles gained teleportation abilities.

After an incident took place between Captain Man and Drex and taking advantage of that, Jasper used a drone to carry Drex to the Swellview Prison as it was the perfect place for him. Kid Danger informs everyone that someone will have to use the spear to navigate into Mount Swellview as Captain Man wanted to sacrifice himself. Kid Danger informed Charlotte and Jasper to get out of the Man Cave, and he starts glowing as he starts navigating into Mount Swellview. After that, Ray states to Henry that now it’s the final time for him to leave Swellview as he is a hero now.

Also, Miles, Mika, Chapa, and Bose informed Ray and Henry that they had taken the name of Danger Force. Then, Vice-Mayor Willard disclosed two statues of Kid Danger after Henry took a leave. Now, after everything ended, Henry, Charlotte, and Jasper started living a very normal and decent life as Henry started working as a local superhero with their help. Then at the end, it is shown that Ray and Schwoz opens a Swellview Academy to teach how to be a superhero, and with this, the mind-blowing series “Henry Danger” ended.

Also Read: Killing Stalking Ending Explained: A Terrifying Story Of A Stalker And A Criminal