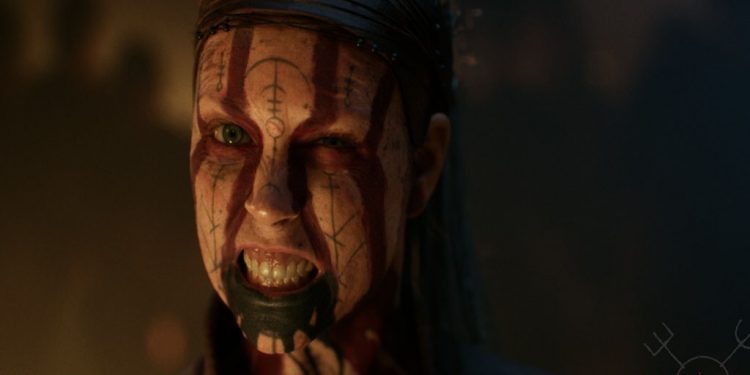 Hellblade 2 Senua’s Saga was just shown off at The Game Awards 2021, and fans of Hellblade Senua’s Sacrifice are likely to enjoy it. The long-awaited sequel to the psychological action-adventure game has finally been revealed. The highly anticipated Hellblade II, developed by Ninja Theory. It was first unveiled in 2019. It’ll be available on Xbox One, Xbox 360, Xbox One S, and PC too. The first fascinating and scary trailer for the game was released during the Game Awards 2019.

Ninja Theory developed the game Senua’s saga. It is an action-adventure game that takes great effort in examining psychological health and insanity. Senua is a psychotic warrior. In the game, she must conquer not just physically but also psychic problems. The game also won an award, was a huge success. The game is supposed to be a modern masterpiece, taking advantage of the Xbox Series X’s capabilities and the studio’s massive production budget is owned by Microsoft. It’s actually powered by the incredible Unreal Engine 5.

When Will The Hellblade 2 Release?

Despite the latest peek at Hellblade II at The Game Awards 2021, there is no firm release date as of yet. Senua’s saga was first revealed in the year 2019. It’s unclear when Senua’s Saga: Hellblade 2 will be released, but don’t expect to play it until the holiday season of 2022 at the earliest.

In June 2021 through a youtube video revealed that Hellblade 2 is still in its early stage. It’s feasible that this game won’t be released until 2023 or later, but the wait will most certainly be worthwhile.

Also Read: What Are The Creatures in Hellbound & Their Significance?

The game emerged from its self-imposed exile and demonstrated some intriguing gameplay at The Game Awards 2021. The scenario provides the atmosphere of a dark planet with brutality lurking around every turn. The fact that Senua is not alone this time is interesting. Her own tribesmen serve as her warrior companions. The six-minute clip alternates between actual gameplay and interspersed cinematics. To chase a giant, the adventurers enter a bloody lair armed with flaming spears. The voices in Senua’s head are also constant, whispering, yelling, and speaking their minds in her head. The trailer’s tone is defined by the repeated chant at the opening. Senua attacks the giant, but it survives and falls out of its cave, flinging itself towards Senua.

This is the game’s first major reveal since a development update. The gameplay trailer is sure to spark the curiosity of fans for the game. The demonstration focused on what made the game so impactful to so many people is the visuals, the ambience, the voices, and the story. The Nordic underworld was prominently covered in Hellblade Senua’s Sacrifice. This time, gamers will see more of Iceland in the ninth century. The latest revelation from The Game Awards 2021 will likely be followed by release date in the near future.

Who Plays The Role Of Senua?

Melina Juergens plays Senua. Before assisting with motion capture, she worked as a video editor at Ninja Theory, where she still works. She was a fantastic fit for the role during this time. She has continued to play her ever since, receiving a BAFTA and a Game Award in the process.

Which Platform Will Hellblade 2 Release?

Microsoft announced the acquisition of Ninja Theory in 2018. Implying that the developer’s projects will almost be exclusive to Xbox in the future.

We can confirm that Senua’s Saga Hellblade 2 will be available only on Xbox and PC. Hellblade players also looking forward to the VR version of the game. This applies to the Xbox Series X, Xbox Series S, and PC. While the first Hellblade was released on PlayStation.

Whether The Hellblade2 Coming To Xbox Game Pass?