Hank Baskett’s Affair: All About His Cheating Scandals

The Former NFL player's affair completely changed the dynamics of his relationship with Kendra Wilkinson. 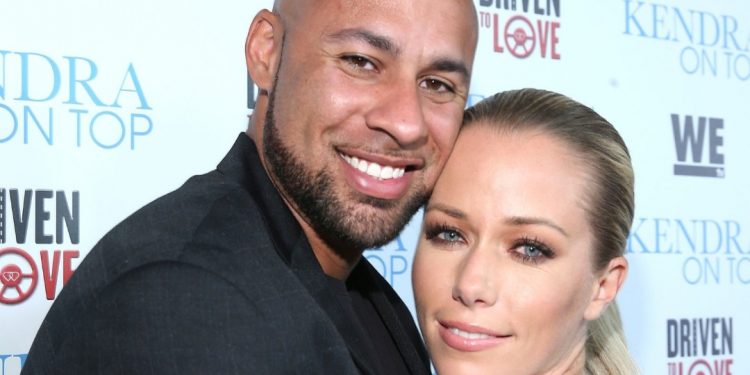 Hank’s separation from his wife Kendra Wilkinson took over the national media in all aspects. So today, we’ll tell you about Hank Baskett’s Affair. The former NFL player ruined his marriage within seconds. Because of his absurd decisions, Hank couldn’t keep up with his marriage, and this led to a lot of problems between him and his former wife. Moreover, after their official separation, Baskett is living a private life. He doesn’t share much about his life. And this has been going on since 2018. The couple married each other in 2009, and at this time, Hank was at the peak of his career.

The star-studded couple were in the limelight for their togetherness. And guess what? Together they’ve gone through a lot. And all their fans were pretty sure that Kendra had to deal with a lot of pain. There were a lot of instances that led to these problems. Apart from his cheating scandals, there were a lot of revelations that Kendra had to face for the well-being of her kids. After their official divorce, Kendra began coming up with all her dreams and plans to get her life back on track. Since everybody wants to know about his divorce. Let’s take a look at Hank Baskett’s affair.

Because of his decisions, Hank’s marriage was destroyed. Even after discovering the affair, Kendra decided to revive the marriage, and the couple started connecting back all the dots together. But soon, things took a different turn when Kendra found out about things that she could never forget. His illicit relationships gave her undeniable stress and anxiety. Which eventually led to an official divorce. After the news broke out, the couple were spotted together without their wedding bands. And this revelation made it clear that the couple was not together anymore.

As per Hank Baskett, he was under heavy drug influence, which caused him to cheat on his wife. According to him, he never had an affair with the transgender model Ava Sabrina, and it happened at the time of his wife’s second pregnancy. It seems like Kendra was in the last months of her pregnancy. But Hank took the entire blame on himself, he apologized for his actions and didn’t give in any kind of excuses. Kendra never cared about the person he cheated on her with. She never thought her husband would cheat on her, and this was by far one of the most painful experiences in her life.

Kendra was deeply in love with her former- husband, Hank. And his unfaithfulness broke her heart. It was something that he couldn’t mend back. Kendra revealed that she always wanted to be by his side, but his dishonesty destroyed everything in seconds. So she had to step back from her marriage. Before taking this decision, Kendra gave him a second chance because she wanted this marriage to work. The first six months of their marriage were extremely stressful. However, Kendra is opening up her life to find love again, and Hank is reflecting upon his mistakes.

Also Read: Who is Ashanti’s Boyfriend? All About The Singer’s Dating Life

Hank ‘Didn’t Engage In Anything’.

Speaking of Hank’s allegations, he was blamed for an illicit relationship. But according to his statements, Hank didn’t engage with Ava. He was never interested to be with her. And then, Kendra trusted his statements. But with time, he couldn’t keep up with his point of view. On the other hand, Ava claimed that he had an affair with him. It seems like the former NFL player spotted her in different social media videos. And soon, Hank decided to contact her. But certain situations didn’t agree with Hank’s statements. Which also included the CCTV surveillance footage.

According to the footage, he arrived at Ava’s place in June 2014. Moreover, Ava went through several interviews and polygraph tests to confirm her allegations. And it seems like whatever she said was the truth. According to the examiner, her statements showed no hints of deception. And most of the questions were pretty open and direct, but she still answered them truthfully. And never denied any of the claims. Moreover, Hank paid her around $2000 to keep these secrets away from the media and the public. So, Hank did try his best to keep all these things away from his wife.