She is trying to mae up for all that she has doen to Seon Hwa! 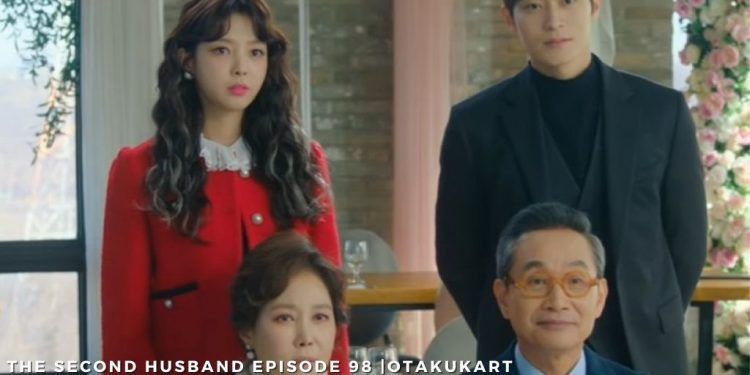 The Second Husband Episode 98 is just a few days away! Fans are excited to watch the moment where Hae Ran shares the secret with Seon Hwa too. However, they feel like this moment wouldn’t be coming soon. Other than the whole mother-daughter reunion, fans couldn’t stop smiling when Seon Hwa took her sweet revenge on Mal Ja. Unexpectedly, she even ended up taking revenge on Sang Hyuk and Jae Kyung too. Seon Hwa’s friend Geul Deok hired a man to trick Mal Ja into buying real estate. Mal, being the foolish person she is, got tricked very easily and also started to boast about it to Jae Kyung’s supposed birth mother, Park Haeng Sil. Park Haeng Sil couldn’t sit quietly when she found out about this splendid offer and also agreed to buy too.

Nevertheless, the two got tricked very badly. They even got a bad shock when they realized that they were scammed by the seller. Mal Ja and Park Haeng Sil ended up at the hospital because of getting terribly shocked abruptly which so which caused them to have vasovagal syncope. These petty women, as soon as they woke up, started fighting and pulling each other’s hair. Furthermore, Seon Hwa and her friends had planned to put the money to good use. They had decided to pay off Jae Min for all the money he had used on Seon Hwa to transform herself into Sharon. Fans found this very sweet! Don’t miss out on any of these cool and satisfying moments, and check out the release date, streaming details, and predictions for The Second Husband Episode 98.

Hae Ran is going to go all out to ask for the forgiveness of her daughter in The Second Husband Episode 98. She has finally discovered that her daughter Bit Na has been right in front of her eyes all this time. She had also treated her very rudely and unfairly. In the preview for the upcoming episode, she could be seen crying because of the regret of not treating Seon Hwa properly. It is about time that she understood that the way she treated Seon Hwa was not at all okay. Maybe that is why she decided to give all of her shares to Seon Hwa. The audience of the kdrama can’t wait to see Jae Kyung’s reaction when she finds out that her stepmom has given all of her shares to Seon Hwa. She will definitely be utterly flabbergasted!

The Second Husband Episode 98 will be released on January 4, this Tuesday. The kdrama releases new episodes every day, except for the weekends, at 7:15 PM KST on MBC. In the recent episodes, fans had finally got to see what they had been waiting for about 50 episodes. Hae Ran finally found out that Seon Hwa is Bit Na. Nevertheless, they want Seon Hwa to find out the truth as soon as possible.

Other than the mother and daughter side plot, the audience has also been craving for Sang Mi and Seo jUn content. Sang Mi doesn’t shy away when it comes to her feelings for Seo Jun. Fans think that for Seo Jun, liking Sang Mi will be very hard. The reason is quite obvious, she is the daughter of a malicious lier and sister of Sang Hyuk, the shameless cheater. Regardless of all these things, fans find the pairing of Sang Mi and Seo Jun really cute.

Where To Watch The Second Husband Episode 98

The Korean viewers of The Second Husband can watch the k-series on the kdrama’s networking channel MBC. Note that, if you are a Korean viewer of the k-series, don’t forget to tune in exactly at 7:15 PM KST so that you don’t miss out on a single screen from any The Second Husband episode. Furthermore, the international audience of The Second husband can watch the k-series either on Rakuten Viki or Kocowa. Also, the timings for the release time of the episode are 10:15 AM in the UK, 3:45 PM in India, and 8:45 PM in Australia.

Also Read: 8 Spectacular Kdramas Of IU That Prove That She Is A Talented Queen

Will Bojji save the Kingdom in Ousama Ranking Episode 12?